October 2020 was all set for the first ever trial of claims brought by shareholder groups under Section 90A Financial Services and Markets Act 2020 (FSMA) against a company.  However, we will all need to wait for the court to dip its feet into the untested waters of s90A and provide some much-needed clarity on its operation following the news that the Tesco Litigation settled last month.

Although the issues commonly arising under s90A claims will not be the subject of judicial consideration, there are some useful takeaways from the court hearings in the run-up to trial and some indicators as to why the claims settled.  This note considers some of the issues that will be of interest to Insurers with customers exposed to s90A claims, in particular where a D&O policy provides cover for securities claims against the policyholder.

Section 90A FSMA provides a mechanism for claims to be brought against the issuers of securities by shareholders who have suffered loss through reliance on (i) an untrue or misleading statement, or (ii) a dishonest omission from public disclosures made by the issuer, such as statements in annual accounts. In order for liability to arise, a person discharging managerial responsibility (PDMR) within the issuer must have known or been reckless as to the fact that the statement was untrue or misleading or that the omission of information was a dishonest concealment of a material fact.

The claims against Tesco were brought under s90A FSMA by two claimant groups, (i) Omers Administration Corporation and (ii) Manning & Napier Fund.  Both claims arise from the well-publicised false accounting scandal which broke in September 2014 when Tesco announced that it had overstated its previous profit guidance statements by £263m. The primary claims were for the difference in value between the purchase price of the Tesco shares and the value of the shares immediately after the announcement, plus a claim for the loss of profits they would have made had they invested their money elsewhere.

Beneficial interest in shares is sufficient to bring a s90A claim

In October 2019, Tesco unsuccessfully applied to strike out the claims on the basis that the claimants indirectly held the shares, having purchased them using the electronic share system CREST, which  meant they did not have the requisite legal ownership to bring a s90A claim. The court held that the shareholders needed a proprietary interest in the shares, but a beneficial interest was sufficient to bring a claim. Tesco’s interpretation would have significantly diminished the utility of s90A since, in the UK, most listed shares are purchased via intermediaries in a custody chain.

A successful claim under s90A requires a claimant to show that they relied on the defective disclosure when making their investment decision and that they have suffered a loss as a result.

Proving these essential ingredients of reliance, causation and loss can be difficult in investor claims. It would have required the production of significant documentary and witness evidence proving that the shareholders invested in reliance on the defective disclosures made by Tesco; evidence that if they had known the disclosures were defective, they would not have invested; and (on the claim advanced) evidence they would have made alternative investments and profited from those alternative investments.  Significant expert evidence would have also been needed to quantify the claimants’ alleged losses.

Given these evidential hurdles and the hefty substantial costs of preparing this evidence, the claimants requested a split trial, with Tesco’s conduct being the focus of the first trial and reliance, causation and loss being held over for the second trial.  At the Pre-Trial Review (PTR) in August 2020, the Court refused this request and held that only quantum issues could be reserved for a subsequent hearing.  The defendant’s success in resisting the attempt to postpone these difficult evidential challenges to a later, second trial will no doubt have been a game-changer for the claimants and a key reason behind the prompt settlement which followed.

The July 2020 costs decision in the Lloyds/HBOS Shareholder Litigation (Sharp & Ors v Blank & Ors [2020] EWHC 1870 (Ch) (not a s90A claim itself) may have also been pivotal to the Tesco settlement since it will have highlighted the substantial cost risks facing claimants and their litigation funders if they fail.  In HBOS, the Court held that even though the directors of the bank had breached two disclosure duties; because the claimants ultimately failed to establish that the breaches were causative of any loss, or that any loss was suffered, it followed that the claimants were liable for all the bank’s costs and no discount would be given.

The HBOS judgment reinforced that the litigation funders’ liability should be joint and several with the shareholder claimants’ liability and not capped at the agreed level of funding.  It also highlighted some of difficulties that claimants can have with their ATE insurance (such as insufficient cover or solvency issues) which can leave them significantly exposed.

The law and procedure governing securities class actions in the US is well developed.  In other jurisdictions, specifically Australia, there have been significant developments.  However, such claims are still a relatively new phenomenon in the UK and as such they are fraught with legal uncertainty for claimants, and defendants, alike.  There is an appetite for litigation funders and claimant law firms to seek out shareholders to pursue these claims and we expect we will see more as a result of recent  volatility in the stock markets.  Defending such claims requires early strategic litigation decisions which draw out the uncertainties under English law and put the claimant groups at risk of adverse costs if a claim is pursued.

Tensions inevitably arise between Insurers and their policyholder customers, as any damages awarded for a successful s90A claim will not be insurable given the fraud based nature of the statutory regime.  The swift resolution of s90A claims before very significant defence costs are incurred is therefore in the interest of both Insurers and their customers – which is of course, far easier said than done! 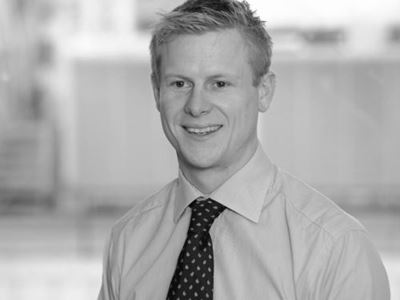