Can a foreign domiciled insurer rely on a territorial scope clause in a policy of insurance to challenge the jurisdiction of the English courts to hear a claim by a person domiciled in England?

In this case the English court considered a challenge by a Spanish insurer to the court's jurisdiction  to hear a claim by a claimant who was injured whilst on holiday in Spain.

In May 2012 the Claimant holidayed in Spain and was a guest at the Pueblo Hotel in Benidorm. The hotel was insured by Mapfre Empresas Compañía de Seguros y Reaseguros, S.A. ("Mapfre"). During the course of her stay she sat on a plastic chair and, as she did so, it is alleged that the chair split in the centre of the seat. The chair then collapsed causing the Claimant to fall forward, injuring her right knee.

She returned to England. On 19.12.13 she issued proceedings for damages arising out of the injury sustained in the accident. Proceedings were served out of the jurisdiction and Mapfre, rather than the hotel, was named as the Defendant to the English proceedings.

As the accident occurred in Spain, it was common ground between the parties that if the English court did have jurisdiction to hear the claim, Spanish law would apply in accordance with Rome II.

Mapfre is a Spanish insurer domiciled in Spain. The Claimant alleged that she was entitled to sue a foreign domiciled insurer in the English courts:

There is no corresponding EU-wide directive in respect of public liability policies. Whether a direct claim against an insurer can be brought in similar cross-border circumstances is a matter of national law.

Mapfre filed an acknowledgement of service challenging the English court's jurisdiction over the claim. Mapfre argued that the effect of the clause meant that it was only obliged to indemnify its insured for claims brought in Spain. In other words, under Spanish law, there was no direct right of action against Mapfre outside of Spain because of this clause.

It was common ground between the parties that, as a general principle of Spanish law, the Claimant had a direct cause of action against Mapfre if the claim had been litigated in Spain. This right is provided in the Spanish Insurance Contracts Act 1980 ("the 1980 Act"). Article 76 reads:

The dispute therefore centred on whether the territorial scope clause was valid under Spanish law or whether Article 76 prevented Mapfre from relying on it.

As a matter of English law, the state of foreign law is a matter of fact to be determined on the evidence of expert witnesses. The English court heard evidence from Spanish legal experts on whether the clause would be considered valid under Spanish law. Under Spanish law, if the clause was determined to be a 'definition' clause, it was valid. If it was an 'exemption' clause, it was invalid.

The judge found that the direct right of action under Spanish law created by the 1980 Act only created a statutory right to access the insurance indemnity owed by the insurer to the hotel. That statutory right is therefore governed by all of the terms of the policy, other than exemption clauses, which the 1980 Act invalidates.

He went on to hold, having considered the evidence of the Spanish legal experts and the authorities cited, that the territorial scope clause was one which defined the contract of insurance, and was not an exemption clause. He found the clause to be analogous with a financial limit of indemnity on the policy.

It followed that as the territorial scope clause defined the limit of indemnity, it was valid. As there was no indemnity under the policy for claims brought outside of Spain, the claimant could not pursue her claim in the English courts. 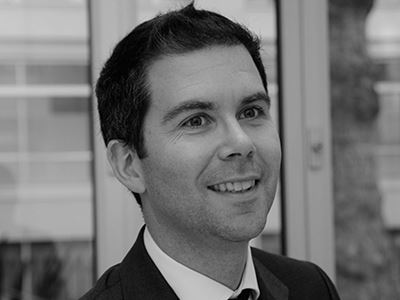