Swift v Carpenter - The Answer to Accommodation Claims or Just a Halfway House?

Swift v Carpenter – A Change in the Approach to Accommodation Claims?

The long-awaited decision of the Court of Appeal in Swift v Carpenter, which has become a test case for accommodation claims in personal injury litigation, was handed down on 9 October 2020. In summary, the Court allowed the Appeal, deciding that accommodation claims should generally be valued at the additional capital cost minus the value of the reversionary interest based on a discount rate of +5%.

Comparing this new approach with the old, the figures assessed in Swift give rise to the following awards (“DR” – Discount rate):

Severely injured claimants often require a new, more expensive property because their existing property no longer meets their post-injury needs.  However, if a claimant were to simply be awarded the additional sum required to purchase suitable accommodation, this would result in a windfall for their estate on death, contravening the fundamental principle laid down by the House of Lords in Wells v Wells [1998] that a claimant’s damages should put them back in the position that they would have been in but for the accident, or as close to that as possible, but do no more than that.

To avoid that windfall, in Roberts v Johnstone [1989] (“Roberts”) the Court arrived at a method that involved leaving claimants to purchase properties for themselves, but compensating them for the lost return on the capital that they had to invest in order to make the purchase.  The calculation under that method was: capital difference x discount rate x lifetime multiplier.

Under the pre-2017 discount rate of 2.5% that model always produced an award, albeit one that was often substantially short of the full capital cost of the property.

Roberts has always been contentious because in practice it requires most claimants to “borrow” from other heads of loss in their damages awards in order to purchase a property.  In recent years that has been compounded by soaring house prices, forcing claimants to look beyond their general damages and to utilise damages awarded for financial losses.

In 2017 the discount rate changed to -0.75% before in 2019 rising slightly to -0.25% and, under the Roberts approach, those discount rates generated a negative damages value.  In JR , William Davis J concluded that the appropriate award in respect of the additional cost of purchasing suitable accommodation was therefore nil.  The decision was appealed but settled before the matter was heard by the Court of Appeal.

The claimant suffered a left below knee amputation and significant injury to her right leg as a result of a road traffic accident in 2013. The cost of suitable accommodation was estimated to be in the region of £2.35 million, £900,000 more than her pre-injury property.

Adopting the JR approach, the award in respect of that additional cost was nil.   Lambert J accepted, however, that the Roberts approach was problematic in a number of circumstances and the claimant was given permission to appeal.

The matter was heard by the Court of Appeal between 23 and 25 June 2020, with the Personal Injury Bar Association (PIBA) joining as an Intervener and with evidence from a number of financial expert witnesses, including experts in reversionary interests after Irwin LJ had raised the suggestion of a reversionary interest approach at an earlier hearing.  This approach involves awarding the full additional capital cost of the accommodation and then deducting the value of the reversionary interest (i.e. the value of the interest that the compensator would have in the property if it was to revert to the compensator on death).  The approach sounds simple, but the difficulty with it is identifying an appropriate method of valuing that interest in the absence of any truly comparable market for such interests.

A number of other potential methodologies were dismissed by the parties as not being viable, including (a) a lump sum or Periodical Payments Order award based on the cost of an interest only mortgage (due to the unavailability of any suitable products), (b) a loan from the compensator (due to the regulatory and practical obstacles) and (c) shared ownership (due to the compensator not being able to offer such a solution).

The Court of Appeal judgment

The judgment of the Court unanimously allowed the Appeal finding in favour of the Claimant to the extent explained below. The Court effectively rejected the approach in Roberts. In his lead judgment, Irwin LJ addressed the question whether the Court was bound by Roberts. He commented that the reasoning in Roberts was a means to an end rather than a principle, or end in itself and stated that Roberts does apply to this case, but in the form of authoritative guidance from the court, given in the specific conditions prevailing at the time of that (the Roberts) decision. However, the present conditions meant that the approach was no longer viable, as Roberts no longer achieved fair compensation for the Claimant.

The Court recognised the need to avoid a windfall to the claimant’s estate, if that can be achieved without prejudice to the principle of fair and reasonable compensation.  But to withhold all damages (as is the case with the present negative discount rate following Roberts, as applied in JR) for the purpose of avoiding an eventual windfall was not acceptable.

Irwin LJ considered that the appropriate approach would be to deduct the windfall element from the full value of the additional capital cost of the property. The question was how to calculate that windfall. Irwin LJ concluded that the value of the reversionary interest (which would be a value based at the hypothetical date of death) provided the best answer.

As already mentioned, this is problematic. The Court had to find a way of valuing the current value of a future interest in property, which was subject to a wide range of factors. Having heard evidence on various methods of calculating the value of the reversionary interest, the Court favoured a ‘market value’ approach, concluding that the best measure of the value is what people will pay to acquire it. However, the current market in reversionary interests is at present very small and somewhat different in nature, so setting the value of such an interest is not straightforward.

The Court considered that the best way of doing this was to apply a discount or investment rate. Having considered the various rates proposed by the parties, the Court took a cautious approach and adopted +5% as the appropriate rate to be applied to the Claimant’s life expectancy. The annual rates that had been put forward by the reversionary interest experts as a substitute for the discount rate in the current Roberts approach ranged from 1.1% to 7%.

The Court accepted that their guidance should not be regarded as a straitjacket to be applied universally and rigidly.  There may be cases where it is inappropriate. As Irwin LJ explained, ‘…for longer lives, during conditions of negative or low positive discount rates, and subject to particular circumstances, this guidance should be regarded as enduring.’ Underhill LJ commented that cases involving short life expectancies ‘may require a different approach.’

Applying the above to the Claimant’s case, the Court of Appeal quashed the decision of the judge in  refusing to make any award in respect of an identified need for £900,000 to purchase a more expensive house.  The appropriate award, applying a 5% discount rate to the Claimant’s life expectancy of 45.43 yielded a value for the reversionary interest of £98,087, which when subtracted from the £900,000 produced damages of £801,913.

The Court’s award is consistent with using a +5% column from Table 35 of the 8th Edition of the Ogden Tables.  We believe that the applicable +5% discount rate tables will soon be made available. However, in the meantime, we have attached a link to our accommodation costs calculator to help you calculate the costs following the Judgment.

Fundamentally, the judgment marks a return to claimants receiving damages awards aimed at meeting their accommodation needs.  Those awards are still discounted in acknowledgement of the windfall issue and thus the principle of 100% compensation still stands.  However, accommodation awards under this new model will frequently be substantial and represent a significant proportion of the required capital purchase cost, as the outcome for Ms Swift reflects.

Neither compensators nor claimant representatives will view this judgment as optimal.  It is also true to say that it does not represent a worst case outcome for either cohort.  However, compensators may feel aggrieved at where the Court of Appeal has landed in terms of valuing reversionary interests.  The market for the sale of such interests appears incredibly small and whilst the 5% value landed upon by the court falls meaningfully short of the 6.2% to 7% bracket advanced by PIBA’s expert, it is further still from the 1.1% that the defendant was advancing.

Perhaps the most significant aspect of the judgment, however, is the caveats around this model not constituting a straight-jacket and being acknowledged as not appropriate for all situations.  If at some point in the future, we should end up with something other than a ‘low positive’ discount rate, whatever that may mean, it seems inevitable that the application of this new model will be challenged.  Moreover, its application in relation to cases involving claimants with a short life expectancy may be challenged straightaway.  Had Mrs Swift been 73 instead of 43 at the date of assessment, her award would have been only £475,037 by comparison to the £801,913 that she will now receive and the residual aspects of her overall award available to borrow against would likely have been considerably smaller.

In that sense this judgment represents only part of an answer to the thorny question of how to best compensate for accommodation needs.  Inevitably there are going to be cases where it is said that the reversionary interests model is not appropriate.  That will leave parties to their own devices in those situations and unless they are able to come up with their own solutions, further litigation around this topic would seem inevitable.  Swift may thus not be the last chapter when it comes to accommodation claims. Indeed, this may not be the end of Swift itself, since we understand that the Respondent is seeking leave to appeal to the Supreme Court. 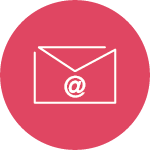 Get in touch to receive the Accommodation Cost Calculator