Since 26 June 2020, hearings have resumed but some Employment Tribunals are unable to operate fully due to social distancing measures as well as staffing issues or where there is a need to isolate or quarantine in line with Government guidance.

The Employment Tribunals are making use of the Ministry of Justice’s Cloud Video Platform (CVP) system to run some hearings remotely. CVP is being used for ‘straightforward’ matters, such as s preliminary hearings and straightforward unfair dismissal claims, as well as more complex matters including multi-day discrimination claims. Some hearings are taking place in person, and others a hybrid of CVP and in person.

On 8 October 2020 the Government will introduce a number of reforms aimed to reduce the backlog of cases. Amendments to the Employment Tribunal Rules of Procedure 2013 have been designed to increase the Employment Tribunals capacity to hear claims and make the process quicker, simpler and more cost effective:

Acas early conciliation has been available since 6 April 2014 and became mandatory for claims presented on or after 6 May 2014. The EC procedure requires a prospective claimant to notify Acas, using an EC form or by telephone, before submitting relevant proceedings to the Employment Tribunal

From 1 December 2020, there are also changes to the EC Rules with the most significant being the change which extends the basic EC period from one calendar month to six weeks (there will not be an option to extend this further). This change offers greater potential to achieve early settlement and reduce the number of cases passing through to the Tribunal, saving both time and money for the parties, and also hopefully significantly reducing the life cycle of claims and indemnity spend for EPL insurers.

Any measures designed to help the Employment Tribunals to tackle the backlog will be welcomed, particularly in terms of reducing bureaucracy and allowing the Tribunal to list hearings more quickly. Further, the new blanket six-week period for EC in all claims could result in a greater chance of pre-claim resolution. However it is unclear precisely how effective these changes will be in practice given the current estimate is that there is a 45,000 claim backlog at present, alongside the predicted sharp increase in claims over the next few months as we head out of the current furlough scheme.

DAC Beachcroft has one of the largest Employment Law practices in the UK and is ranked as a National Leader in Chambers & Partners. We have been advising on and handling EPL claims for insurers for many years, and have a dedicated EPL team. EPL claims account for a significant proportion of the employment tribunal claims handled at DACB. For more information contact Louise Bloomfield, Partner, or Anjali Sharma, Senior Associate. 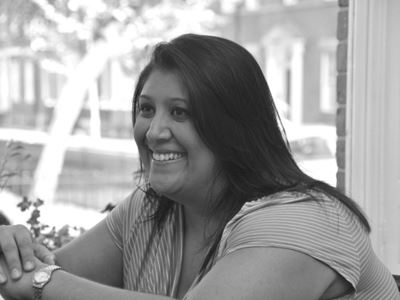 Vicarious liability: Is an employer liable for its employees’ practical jokes?

Whistleblowing: Employment tribunal time limits and the application of the ACAS code of practice when employees make whistleblowing allegations

Disability discrimination: employee suffering from paranoid delusions did not have a disability