How sure does a coroner/inquest jury have to be about the circumstances of a death in order to reach a conclusion of ‘suicide’ or ‘unlawful killing’?

In this alert, we look in more detail at the Supreme Court’s decision and its impact.

Recap on the facts

James Maughan died by hanging in his prison cell after making a ligature from bed sheets tied to the bed frame.  At the inquest into his death, the coroner found that there was insufficient evidence for a jury to be ‘sure’ to the criminal standard that he intended to take his own life (which was the threshold for a ‘suicide’ conclusion at the time), so the option of a short form conclusion of ‘suicide’ was not left to the jury. The jury was however directed that they could find as part of a narrative conclusion that, on the balance of probabilities, the deceased had intended his actions to result in death, which is what the jury went on to conclude.

Mr Maughan's family found this conclusion distressing in light of their strong Catholic beliefs about suicide.  Mr Maughan’s brother brought a legal challenge on the basis that it was unlawful for a jury to return a conclusion that the deceased intended his actions to result in his death without being sure that this was the case (beyond reasonable doubt), as per the criminal standard of proof.

The High Court took what the Court of Appeal subsquently described as a ‘bold approach’ in departing from what had been settled law and practice for decades, and ruled that the test for suicide (whether as part of a short form ‘suicide’ conclusion or as part of a narrative) is the civil standard - i.e. on the ‘balance of probabilities’ was it more likely than not that the deceased intended their actions to result in their death?  The Court of Appeal agreed. The family then appealed to the Supreme Court.

Whilst the Maughan case was not about unlawful killing, comments were made by the judges at High Court and Court of Appeal stage questioning whether the standard of proof should be set to the lower civil standard for all inquest conclusions and consequently the Supreme Court addressed this issue too.

What did the Supreme Court decide?

In relation to suicide, the Supreme Court agreed with the lower courts that the standard of proof for an inquest conclusion of ‘suicide’ should be the civil, ‘balance of probabilities’ standard.  One of the key reasons behind the Supreme Court’s decision was that inquests are civil, not criminal, proceedings so the civil standard of proof should apply.  Applying the criminal standard could also lead to suicides being under-recorded and lessons not being learned which is “especially worrying in the case of state-related deaths”.

The Supreme Court’s decision to apply the lower standard of proof to unlawful killing will perhaps have come as more of a surprise, as this goes further than the decisions of the lower courts in Maughan (which were bound by previous case law, unlike the Supreme Court).  Again, the central reasoning for this ruling was that inquests are civil proceedings.  It is, the judgment says, well-established that the commission of an offence can be determined in civil proceedings on the civil standard, for example, where a party is required to pay compensation for injuries suffered by way of an assault, and there is no reason why inquest proceedings should be any different.  It remains the position that a conclusion of unlawful killing can only be found in respect of deaths arising from murder or manslaughter (including gross negligence or corporate manslaughter) or infanticide. The conclusion does not apply to death by dangerous or careless driving offences, nor health and safety/fire safety offences where death has resulted.

For ‘suicide’ conclusions, it is essentially ‘business as usual’ in the sense that the Supreme Court decision confirms what the lower courts had already decided in Maughan (first the High Court in July 2018, then the Court of Appeal in May 2019), with coroners applying the civil standard to suicides now for over two years.

The main impact of that has been - and will now continue to be - that it is much easier for coroners/juries to conclude that someone has committed suicide than it was before Maughan because they no longer have to be ‘sure’ about the deceased’s intentions.  Conversely, it is harder for families who may for personal reasons be keen to avoid a 'suicide' conclusion to argue against this being the appropriate finding.

Coroners must suspend an inquest and refer the matter to the Director of Public Prosecutions for investigation if they suspect, on the evidence, that the death is likely to have been due to a homicide offence and that a person may be charged in relation to that offence. It also remains the case that coroners must suspend an investigation where criminal proceedings for homicide offences are brought.  A suspended investigation may not be resumed whilst criminal proceedings for homicide are ongoing.  The criminal proceedings take precedence and the coroner will only resume a suspended inquest where there is sufficient reason to do so.  Coroners will want to ensure consistency and avoid situations where an accused is found not guilty in a criminal trial, but a conclusion of unlawful killing is reached in any resumed inquest.

We are still likely to see many inquests where unlawful killing is a possible conclusion, for example, in circumstances where the Police have investigated and the CPS have decided not to pursue charges. This will arise in inquests following deaths in the workplace or alleged negligence by healthcare professionals, where there may be some evidence supporting manslaughter offences.

These inquests are likely to be much longer and more complex in scope. The result will be inquests resembling quasi-trials, particularly for jury inquests, despite the inquest process not having in place the safeguards which accompany criminal proceedings, such as the rule against hearsay evidence.

A conclusion of unlawful killing may also cause the Police to consider for the first time or revisit the evidence in the inquest, to determine whether a full criminal investigation is warranted.  There is likely to be pressure on the Police to consider charges, both from the family of the deceased and even the public, where there has been a conclusion of unlawful killing despite a higher standard of proof being required for a criminal conviction.

Whilst the inquest conclusion must not name the individual or organisation who the coroner or jury considers to have unlawfully killed the deceased, in many cases it will be obvious. It is also the case that an unlawful killing conclusion is much more likely to attract significant press interest compared with other conclusions and this could lead to reporting which damages an organisation or individual’s reputation. To the public reading a news story it may not be clear that an unlawful killing conclusion is not a criminal verdict.

Inevitably, the impact of the lowering of the standard of proof for unlawful killing is likely to be an increase in prosecutions against individuals for gross negligence manslaughter and against organisations for corporate manslaughter.

This decision may also lead to further delays across coronial districts due to the need to schedule longer inquests in circumstances where coroners already have a backlog of cases because of the COVID-19 crisis.  Where cases are referred back to the CPS for consideration, decisions can already take months, if not years, which inevitably means long delays between the date of death and an inquest or other proceedings.

Given this latest development, it is more important than ever for organisations and individuals to seek early legal representation for inquests following deaths in the workplace and in cases of alleged negligence by healthcare professionals and organisations. It will be vital to consider making submissions at pre-inquest review hearings in relation to the scope of the inquest, the witnesses to be called, the relevant disclosure documents and whether or not a jury should sit. These decisions will set the agenda for the inquest and will influence whether evidence will be heard in relation to homicide offences.

We have a wealth of experience in supporting organisations and individuals through the inquest process and can provide strategic advice on how best to approach these complex issues.

For more information or advice, please contact one of our experts in our Regulatory or Healthcare Regulatory team. 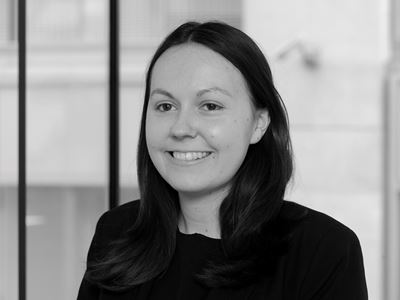