It was the last year before the distant rumbles of the financial crisis started to be heard when the credit markets began tightening in the middle of 2007. Even then, few foresaw or predicted the chaos as the debtladen storm finally broke in 2008. It was the last normal year as far as the financial markets were concerned. Little has been the same since.

That makes now a great time for reflecting on how important it is to plan for those highly disruptive but hard to predict uncertainties. How many financial institutions asked themselves in 2006 how they would cope if credit markets stopped operating, equities around the world crashed to one-third of their value in just a few months, High Street banks went bust and central banks nailed interest rates to the floor and pumped billions into the markets in order to preserve liquidity? Even in 2016 many institutions, including insurance companies, keep telling themselves the low return world will come to an end soon – why else would they keep dipping into their reserves as investment returns continue to disappoint?

“Clearly the current market is challenging and increasingly competitive but it is essential that insurers and their business partners build for long-term growth. This has to start with a clear plan for achieving sustainable profitable growth and financial results. With short-term perspectives still dominating a lot of senior management thinking, just what thought is being given to the next ten years? We need to work together to address this,” says Helen Faulkner, Head of Insurance at DAC Beachcroft.

Critical uncertainties
Many business planning strategies focus on what are often referred to as critical certainties, which are usually high impact but are not going to surprise anybody (see figure 1). In the current insurance market, these include legislative impacts such as the Insurance Act and Solvency II, the sociodemographic challenges of an ageing society and the impact of climate change (see figure 2). That list was dramatically extended at the end of June 2016 when the UK referendum produced the shock majority voting to leave.

All businesses in the sector know these factors will have a major impact on them and will tend to focus resources on working through the consequences for their business. It is easy for strategic planners to produce plenty of data and commentary around them.

What is not so easy, and probably a reason why many shy away from it, is trying to understand the critical uncertainties. By their very uncertain nature they tend to be the broader, less clearly defined issues, but they are the ones that can have the most dramatic impact on a business. This is scenario planning and in this context it uses a qualitative approach.

It is very unlikely that Northern Rock or Lehman Brothers undertook any scenario planning, asking themselves what would happen if the credit markets imploded, especially for high risk mortgage books. It seems clear that many institutions did not look as seriously as they should have at the consequences of the UK vote to leave the European Union. They are now having to work hard to rectify that and limit the damage to their businesses at the same time.

Scenario planning is not a fanciful, nice-to-do exercise. It should inform long-term decision-making, and help to make a business more resilient when the inevitable – if uncertain – shocks hit. “It is essential to take a very broad view of the long-term horizon,” says Faulkner, “and look at all the economic, demographic, technological, environmental and political challenges that might emerge.”

Year 2026
What critical uncertainties should insurers be focusing on as they look towards 2026? Answering this question in the context of scenario planning means drawing issues into a few big themes (see box). As the insurance industry considers what 2026 might look like, the economic and technological issues are among the hardest to predict but potentially will have the greatest impact.

The fall-out from the financial crisis has still not settled, making assumptions about global growth very shaky. As Europe and North America struggled, so firms looked to Asia and the Far East to drive growth. Now, with the stuttering Chinese economy at its heart, that region looks anything but a safe bet. This will have all sorts of implications. Not least, it will put pressure back onto other weak economies, especially in the eurozone, where the threat to stability from excessive debt is still bubbling dangerously below the surface and is now added to with the need to address the consequences of Brexit.

Alternatively, China may just be suffering a blip, other emerging market economies might recover momentum, the eurozone rediscover stability and growth and American industry start investing again. All of this could be stimulated by a new awareness of the importance of global economic co-operation now that the globalisation of the last 20 years has left everyone totally interdependent.

“The international dimension is vital for major insurers as they look beyond the saturated UK and western European markets. This has seen many insurers push into emerging markets in Asia and Latin America. It is essential that they balance these opportunities against risk, which falls under many headings – regulatory requirements, macro-economic volatility, liquidity and exchange rate risk, as well as the threat from corruption,” says Faulkner.

Facing up to change
When it comes to technology the only certainty is that the advances will be more extensive and more disruptive, and will happen faster than most of us ever imagine at the outset. Where will the FinTech revolution take us and how will artificial intelligence (AI) affect both legal services and the insurance industry? Will AI wipe out entire skill sets and further lower the barriers to entry into the insurance market?

“The uncertainty created by technology is almost too vast to contemplate but we have to face up to it. For instance, with the advances in AI and machine learning, running alongside the development of driverless cars, we have to ask whether motor insurance will even be needed in the future,” says Faulkner.

All of these are potentially high impact critical uncertainties (see figure 2) and by grouping them together it is possible to start imagining their effect (see figure 3).

It also requires a greater awareness of the impact on insurers’ key business partners, says Faulkner, especially if the trend to consolidate continues as Solvency II bites: “As insurers and brokers consolidate, the pressure builds on their business partners – including law firms – to grow and respond both in terms of expertise and international capability.

“There may also be a market correction or recognition by insurers that there is more in the value equation than simply price. There will be some insurers that have had their fingers burnt by the collapse of Parabis. Insurers are saying they don’t want to keep squeezing rates; they want long-term strategic partnerships with people. They need to start focusing on what this might look like as we go into the next decade.

“One great trap they must avoid falling into is directing all their attention to the new critical certainty of Brexit upheaval and ignoring the longer-term critical uncertainties.”

Research for this article was carried out by Dr Robert Davies, Senior Visiting Fellow at Cass Business School and author of The Era of Global Transition: Crises and Opportunities in the New World, and David Worsfold, writer and commentator on the insurance industry. 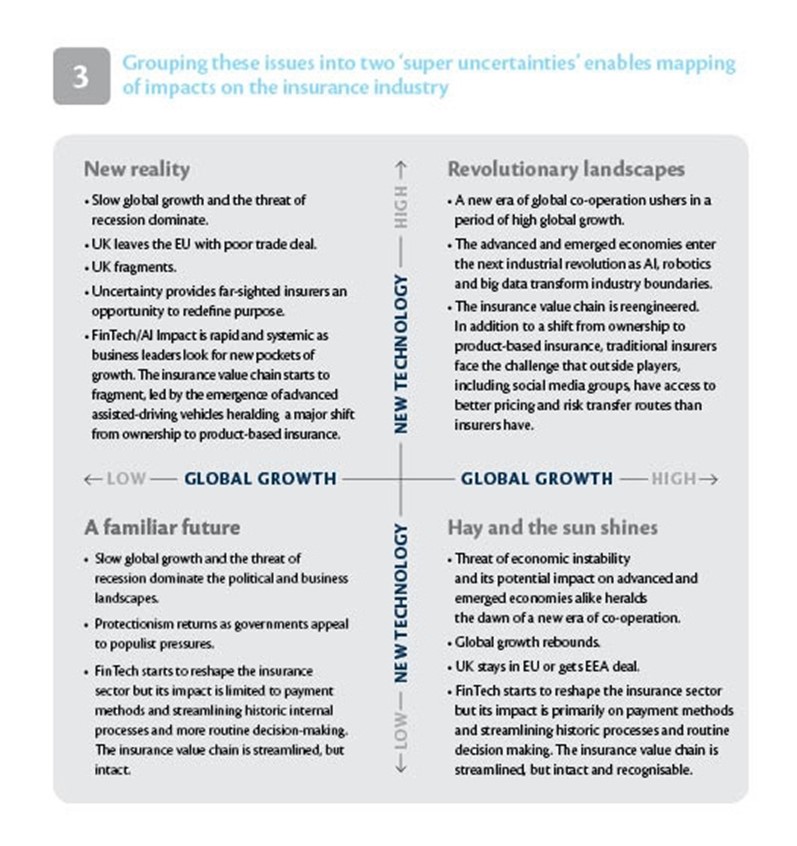 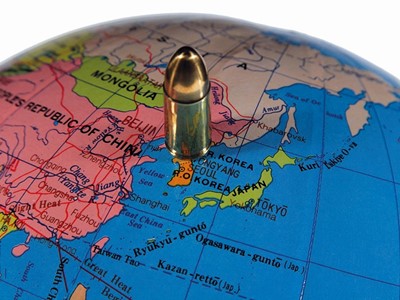 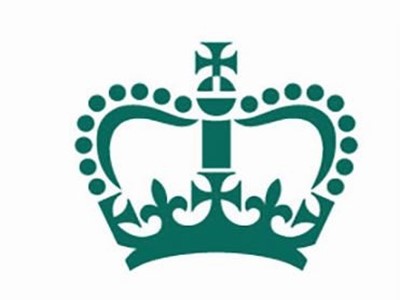 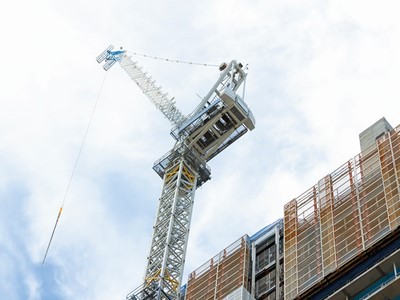 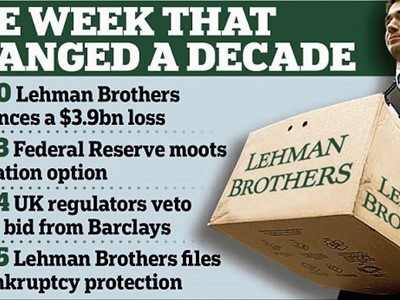 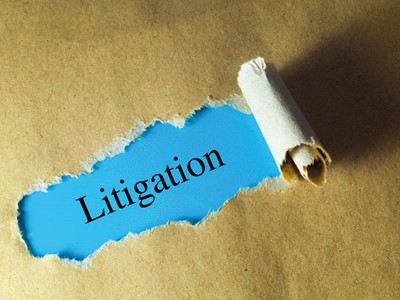 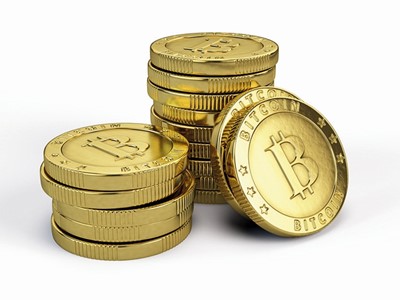 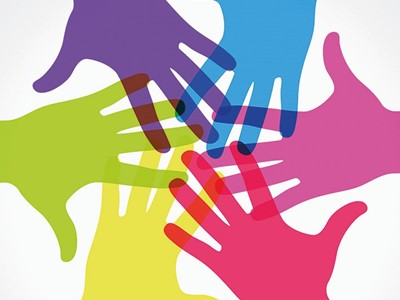 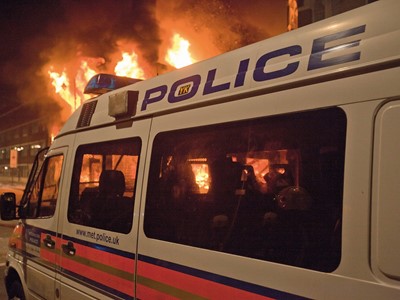 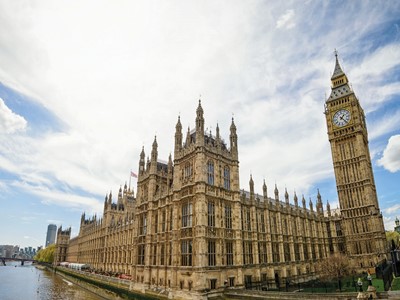 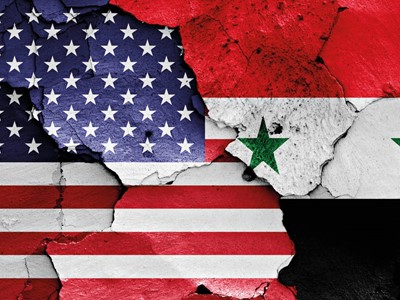 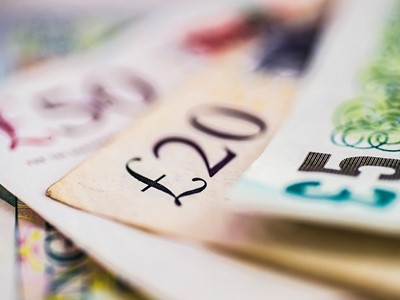 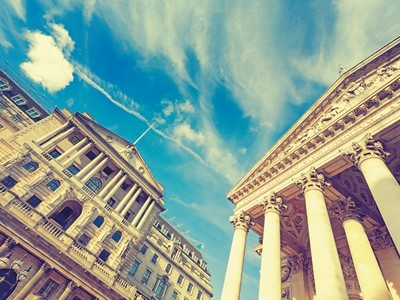 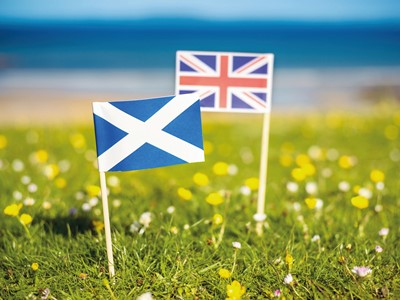 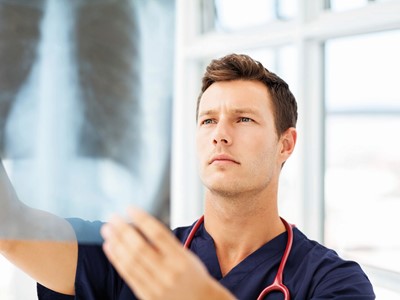 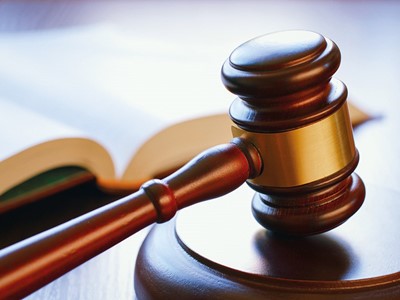 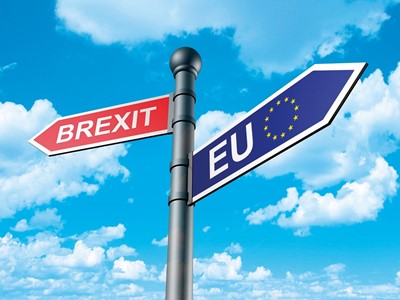 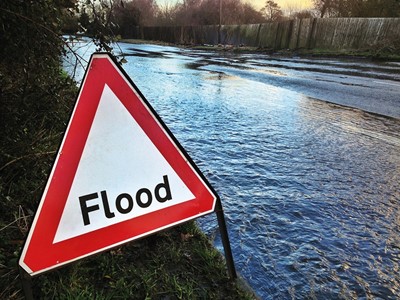 As I celebrate the end of my first year as Head of Insurance, Insurance Market Conditions & Trends is celebrating ten years of insight and commentary…