In a robust judgment delivered in the High Court this morning, Mrs Justice Tipples refused to extend the established meaning of the phrase “caused by, or arising out of, the use of the vehicle” in section 145 of the Road Traffic Act 1988 (RTA). Ruling on preliminary issues as to whether the 4th defendant QBE, as RTA insurers, could have any liability to the claimant on the facts, the judge dismissed arguments that the limits of statutory cover could extend to injuries sustained some time after a claimant, who had been drinking until the early hours, was abandoned by a taxi driver who failed to take him safely home.

The claimant, Neil Carroll, suffered catastrophic head injuries in the early hours of Sunday 19 August 2012 as he was making his way home after a night out with friends in the centre of Liverpool. He had been drinking and shortly before 3am hailed a black cab to take him to his home in Huyton. The taxi driver (the 1st defendant) did not take him home. Rather, he stole the claimant’s debit card and PIN and, having done so, left the claimant in the Old Swan area of Liverpool, to find his own way home. The claimant was some three miles short of his destination.

It was in these circumstances that the claimant, without any money on him, continued home on foot and, at the same time, his girlfriend set out to find him in her car. She did not find him and it was while pausing on his walk home that the claimant fell off the barrier of a motorway bridge into the car park below and was severely injured. The claimant was discovered at around 8am and taken to hospital. He is now 31 years old, remains severely brain injured and requires 24-hour care.

The 1st defendant, Michael Taylor, was the taxi driver. He pleaded guilty to theft from Mr Carroll (and others in a similar manner) and received a custodial sentence in May 2013. The 2nd defendant, Michael Doyle, was the owner of the taxi, which was hired from him by the taxi driver. QBE provided insurance cover to the 2nd defendant for “social, domestic and pleasure purposes, for the insured’s business and for the purpose of hire and reward”, which also extended to the 1st defendant.

A trial on four preliminary issues was ordered in June 2019 by Master Thornett, despite opposition from the claimant. At trial these were simplified to two issues by agreement:

QBE maintained that the answer to the first question was “no” and that the second question did not therefore arise (but if it did, the answer was also “no”). The claim against them should therefore be dismissed.

The claimant argued that the answer to both questions was “yes” and that the claim against QBE should not be dismissed prior to a full trial against the 1st and 2nd defendants.

The judge held that QBE “was clearly correct” and that the answer to both questions was “no”. The claim against QBE must therefore be dismissed.

The judge concluded that the journey had come to an end when the 1st defendant had left the claimant near the first cash point as he did not intend to drive him any further, therefore the injuries suffered by the claimant “did not therefore arise out of the taxi driver’s use of the taxi on the road within the meaning of the RTA or the insurance policy”. This conclusion was made all the more obvious because the injuries were sustained 2.1km from where the claimant had been abandoned and more than 45 minutes later.

Though the judge did not consider it relevant for the purposes of section 145(3)(a), she determined that Mr Carroll’s decision to walk home after he had been abandoned broke the causal chain.

Additionally, the judge observed that the taxi driver could have been anywhere in the Liverpool area at the time the claimant sustained his injuries. For her, this fact alone made it crystal clear that the accident did not arise out of the use of the vehicle.

On the second issue of criminal intent, the judge found that the 1st defendant used the vehicle not as a taxi but as an integral part of his “modus operandi” to steal from people, like the claimant, who had been drinking and were trying to make their way home in the early hours. The essential character of the journey was to steal from the claimant and so a criminal purpose, which was not a permitted use and took it outside the scope of the policy and of the requirements of the RTA.

This judgment, as with DAC Beachcroft’s previous case of AXN v Worboys, shows the value of careful examination of all available facts in such cases, especially where criminal activity is involved and the driver is not available to give evidence. The judge was able to infer the 1st defendant’s motivation and other key facts from close analysis of the CCTV footage, as well as other material collected by the police.

The judgment is worth reading for the careful summary of UK and Commonwealth case law. This establishes that there is a dividing line as to what is meant by “arising out of the use of the vehicle”, that the lead case of Dunthorne was close to that line (and succeeded), but that other cases fell the wrong side of the line and failed. As the judge concluded, sadly Mr Carroll’s case was “nowhere near the line”.

Andrew Parker and his team at DAC Beachcroft acted for QBE in Carroll v QBE and others and for the motor insurers in AXN v Worboys. 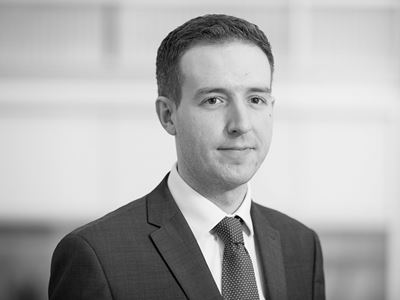