Natural catastrophes: can the market withstand the storms?

Across the globe, natural catastrophes are increasing in frequency and scale, as illustrated in the accompanying timeline. The impact on the insurance market has been dramatic with Lloyd’s of London’s results, last year showing exposures of £2 billion as it bore the brunt of the worst year on record for insured losses from catastrophes.

These escalating losses are putting a huge strain on the insurance market and traditional coverage. This has pushed the debate about availability and affordability to the fore in many markets and prompted an expansion of parametric insurance in some of the most at-risk regions. Another response has been the rapid growth in cat bonds, posing a further challenge to traditional models of insurance and reinsurance.

The growing gap between insured and total economic losses is also putting pressure on the insurance and reinsurance market to find fresh solutions. This creates an opportunity for insurers prepared to embrace non-traditional forms of cover, according to Ernst Rauch, Head of Climate and Public Sector Business Development at Munich Re.

“In many developing countries, losses from natural catastrophes often remain almost totally uninsured,” says Rauch. “Even in highly developed countries like the US, whose share of insured losses is significantly greater, more widespread insurance coverage would still be very beneficial to the economy.

“When hurricanes Harvey, Irma and Maria struck, some Caribbean islands were hit twice in a row. Yet only a few days after the events, the Caribbean Catastrophe Risk Insurance Facility, a public-private regional insurance pool, was able to pay out around US$50 million in emergency funds.”

The market is facing huge challenges as climate change contributes to an increase in catastrophic weather events, says Munich Re board member Torsten Jeworrek: “A key point is that some of the catastrophic events, such as the series of three extremely damaging hurricanes, or the very severe flooding in South Asia after extraordinarily heavy monsoon rains, are giving us a foretaste of what is to come. Because even though individual events cannot be directly traced to climate change, our experts expect such extreme weather to occur more often in future.”

Even in Europe, where major natural catastrophes are rare, the increased frequency and severity of coastal and alluvial flooding has put weather-related risks and climate change firmly on the agenda, says Carsten Hösker, Partner at BLD Bach Langheid Dallmayr, Germany, a Legalign Global partner: “We see the impact of climate change in the increase in big storms over the last few years, especially in areas near large rivers."

Martin Alexander, also a Partner at BLD Bach Langheid Dallmayr, says business and domestic property owners near rivers do not necessarily buy all the cover they need and in parts of eastern Germany cover has actually been withdrawn because of the frequency of claims: “The question has now come up as to whether insurers should be obliged to provide cover. This will be taken seriously because Germany is a country of compulsory insurance. The problem is then about affordability.”

In the UK, the increased frequency of severe flooding led to the creation of Flood Re. “This market initiative has ensured that homeowners in high-risk areas can retain access to flood cover. It was launched in April 2016 and now collects £180 million a year from household insurers in order to provide cover for properties for which there would not otherwise be flood insurance. The success of Flood Re is likely to pave the way for similar pooling arrangements across Europe,” advises Simon Jones, Partner at DAC Beachcroft.

At the end of March 2018, Flood Re announced it would not be increasing the premiums it charges insurers when they cede policies to the scheme, with an acknowledgment that affordability has to be addressed.

“The latest data, from our half-year results, showed a continued improvement in the availability of home insurance for both those with prior flood claims as well as those in at-risk areas. On affordability, the average premium for those in flood risk areas rose by less than the mass-market average,” said Andy Bord, the new Chief Executive at Flood Re, when he announced the freeze.

Much larger pooling arrangements are common in other parts of the world where the potential scale of losses from natural catastrophes makes the provision of insurance on a normal commercial basis impossible.

In California, for instance, there are pools for earthquake cover and for wildfires. However, their existence still does not stop regulators and legislators from putting additional pressure on insurers to provide generous cover and to pay out quickly when disaster strikes, says Paul S White, Partner at Wilson Elser, USA, a Legalign Global partner.

“When there are catastrophic events affecting significant numbers of people, regulators and legislators want to put pressure on insurers to help their citizens,” says White. “This often means there is a rush to judgment as to how insurance policies will apply.”

This has led to a quasi-parametric approach to settling catastrophe claims. Insurers are paying out for total losses in wildfires without the need for a detailed inventory of the items destroyed. This pushes the boundaries of traditional indemnity insurance contracts.

It has kept domestic policyholders content, says White, but it is not the full answer to the challenge of responding to thousands of claims in a disaster situation: “It is not clear who will take the lead on moving towards a parametric approach. It would have to allow insurers to take this approach into account in the underwriting process. There is also a need to better understand the scope of the likely cost of claims.”

He adds that insurers must be able to decline some risks, something the California insurance commissioner makes it very hard to do: “At some point, the insurance industry needs to be able to push back on the certainty that there will be a total loss. Compelling insurers to cover everything will not be attractive to them.”

Parametric insurance would have a significant impact on the way natural catastrophe claims are handled, says Tony Rai, Head of London Market Claims at Hiscox. “As the triggers for claims pay-outs are already agreed, there will be much less need to send teams of adjusters out to disaster areas in the immediate aftermath to carry out a traditional claims assessment. How does this change the disaster response models of major insurers and adjusters? In the event parametric covers were widely used in catastrophe-exposed areas, then it would change the way in which such claims are adjusted. If the triggers in parametric covers were the same across multiple policies, then once they were affirmed as met, claims payments should flow very quickly. Loss adjustment expenses would reduce dramatically from the current average of 8% to 12%.”

Parametric insurance should make the claims process simpler but there are also potential complications, continues Rai. “In theory, parametric covers will make the adjustment process simpler but only where the policy terms are very clear and the assessment of the requirements can be proved to have been complied with at the outset. For example, whether a specific area has been impacted by a category 1, 2 or 3 hurricane is simple, but determining whether there have been sustained wind speeds in a specific area can be far more difficult if there is no wind-speed measuring equipment at that location or it is inoperable due to the hurricane.”

Australia and New Zealand have had a series of natural catastrophes in recent years and the strain is beginning to show. There has also been a significant infrastructure boom in Australia on the back of Government-led stimulus which has increased exposures. When catastrophes have hit, these infrastructure projects have generated some significant property damage losses.

“The generosity in the wordings and the pricing has to be addressed quickly,” says Adam Chylek, lead Partner in the major loss practice at Wotton + Kearney, Australia, a Legalign Global partner.

He says many major defect losses, especially in infrastructure projects, could have been predicted but were not properly priced. The magnitude of other significant losses caused by Australia's haphazard weather particularly contingent business interruption losses in the crucial mining sector and associated industries – were simply not foreseen. That combination of factors seems to be causing insurers and reinsurers to review their pricing, policy structures, and coverage parameters.

Aggregation is also a hot topic as regional losses can cause quite varied outcomes based on the event and aggregation language chosen. Many Australian insureds have international operations and event aggregation in different markets has led to a range of coverage results, for example, Australian industries operating in California and affected by the wildfires. Insurers have been prompted to get more sophisticated about aggregation, says Chylek, with event clauses and common cause clauses being tightened up.

Flood and other exposure cover is an ongoing subject of debate in Australia with insurers regularly locking horns with the Federal Government to try to hammer out coverage solutions in problematic areas regularly affected by weather events.

The serious earthquakes that have hit New Zealand in the last few years have prompted a review of the levy imposed by the Government’s Earthquake Commission and an end to the cross-subsidy from less hazardous regions, says Antony Holden, Managing Partner at Wotton + Kearney, New Zealand.

He continues: "Parametric insurance is on the agenda but faces a few hurdles. It has had an airing in the New Zealand market but hasn’t got much traction yet. It could be offered as a standalone or as a trigger for a cat bond. One major hurdle is that the Earthquake Commission is only allowed to obtain reinsurance via traditional models. If that is relaxed we could have cat bonds with parametric triggers.”

Elsewhere in the Pacific, the World Bank has been trialling a parametric solution for 14 island countries in the Pacific Ocean working with five major reinsurers – Swiss Re, Munich Re, Sompo, Mitsui and Tokio Marine – and backed by over US$40 million from the US, UK, Japan and Germany to capitalise the scheme.

The involvement of the World Bank in promoting parametric insurance is a clear indication that governments see it as a solution to the growing gap between insured and economic losses. The pressure on the insurance industry to embrace it will grow, as will the expectation that national insurance markets will participate in expanded pooling arrangements to meet the challenges of climate change and natural catastrophes. 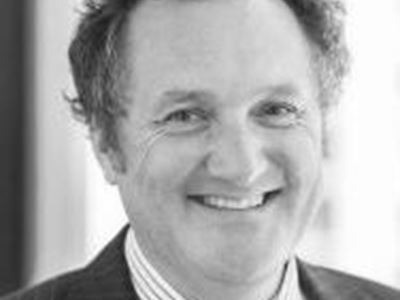 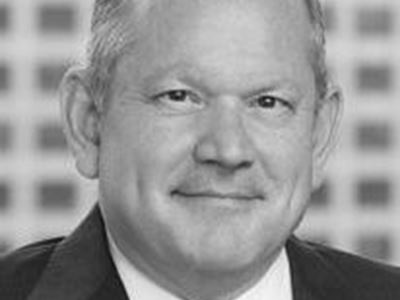 COVID-19 AND THE MODERNISATION OF THE INSURANCE SECTOR