The Plaintiff claimed to have suffered injuries when a car driven by his wife (the Defendant) skidded on ice and landed in a ditch. It was pleaded that at the scene of the accident, the Plaintiff was aware of pain in his shoulders, the front of his chest, his back and abdomen. It was also claimed that the Plaintiff suffered progressive pain to his hip following the accident and subsequently underwent a hip replacement, which was carried out 3 months after the date of the accident.

The Defendant issued a Motion seeking eight years of pre-accident medical records and three months of post-accident medical records. The Plaintiff objected to the period of pre-accident records being sought, claiming that five years’ discovery was appropriate. The Plaintiff also claimed that the Defendant’s Affidavit grounding the Motion for Discovery did not disclose an opinion from a medical expert stating that the Plaintiff’s post-accident records were necessary.

The Defendant’s Expert in emergency medicine Mr Aidan Gleeson said, in his report exhibited to the Grounding Affidavit, that the injuries sustained by the Plaintiff, namely a fracture of the neck of his right femur, were not consistent with the accident. He also indicated that, in his opinion, further investigations were not required. However, he also recommend that the opinion of a hip orthopaedic surgeon be obtained.

The Court rejected this submission, and noted that the Power v Tesco ruling did not appear to draw any distinction in principle between pre and post-accident discovery. The Court also referred to the recent Court of Appeal decision in Wallace (A Minor) v Dunne [2020] IECA 282, which emphasised that the relevance and necessity of a document was for the Court to decide, and not an expert witness.

The Court said that the guiding principle in any application for discovery is whether the category of documents sought is relevant and necessary. He indicated that there are obvious sensitivities regarding the disclosure of medical records and that the Court must ensure that the nature and extent of the discovery sought is not oppressive. The Court referred to the Supreme Court decision in McGrory v Electricity Supply Board [2003] 3 I.R. 407, where the Court outlined that an individual who pursues a claim for personal injuries waives the right of privacy which he would otherwise enjoy in relation to his medical condition. It was held that “the law must be in a position to ensure that he does not unfairly and unreasonably impede the defendant in the preparation of his defence by refusing to consent to a medical examination. Similarly, the court must be able to ensure that the defendant has access to any relevant medical records and to obtain from the treating doctors any information they may have relevant to the plaintiff’s medical condition, although the plaintiff cannot be required to disclose medical reports in respect of which he is entitled to claim legal professional privilege”.

The Court, in this case, ordered eight years of pre-accident discovery, due to the fact that the Plaintiff had a very complex medical history. The Court said that discovery of the Plaintiff’s medical records is relevant and necessary to the question of the extent, if any, to which the accident contributed to the need for the hip replacement surgery.

In relation to the request for the three months post-accident discovery, the Court, in granting the Order, said it was relevant and necessary for the fair disposal of the case and to shine a light on which of the Plaintiff’s injuries contributed towards the necessity of the hip replacement surgery, three months later. The Court said that it is reasonable to assume that discovery of the post-accident medical records will assist in demonstrating which complaints were related to the accident and which related to other pre-existing medical issues. The Court held that the limit of three months ensured that the discovery sought is proportionate and not oppressive. 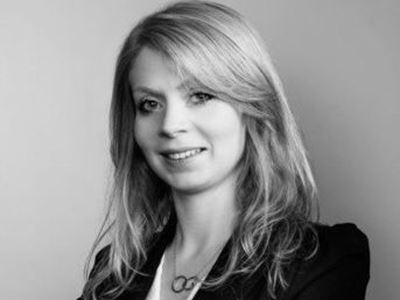