Can a parent consent on behalf of their 16/17 year old to care/residence arrangements that would otherwise amount to a deprivation of liberty?

This is the question at the heart of the long running saga of D (A Child) which has finally reached its conclusion today with the highest court in the land ruling that the answer is ‘no’. This means that where a 16 or 17 year old lacks capacity to consent themselves to arrangements which meet the ‘acid test’ for deprivation of liberty (i.e. under continuous supervision and control and not free to leave), parental consent will not stop that amounting to a deprivation of liberty and, unless legally authorised, the deprivation will be unlawful.

We look at the Supreme Court’s decision and its implications for those involved in the provision of care for 16 and 17 year olds.

D was born in 1999 and was diagnosed at a young age with ADHD, Asperger’s Syndrome, Tourette’s Syndrome and a mild learning disability.

His challenging behaviours meant he needed to be cared for in a placement where he was under continuous supervision and control, in that all external doors were locked, he could not go out unaccompanied and had 1:1 staff support throughout the day plus staff in constant attendance at night.

The nature of these care arrangements meant that D was ‘under continuous supervision and control and not free to leave’ (under the Cheshire West ‘acid test’ for deprivation of liberty, taking into account age comparators) and was therefore ‘deprived of his liberty’ unless it could be said that those arrangements had been validly consented to.

The question was whether his parents could give that consent (given that D lacked capacity to consent himself).  If so, there would be no deprivation of liberty in law (for Article 5 purposes).  If not, there was a deprivation of liberty that would need to be authorised via the courts given that the Deprivation of Liberty Safeguards under the Mental Capacity Act cannot be used for anyone younger than 18.

The court had already decided when D was still 15 that D’s parents could consent to his confinement whilst he was under the age of 16.  The more thorny question though, was whether they could do so once he reached 16, given that there are various pieces of legislation (not least the MCA, which applies to those aged 16 and over) which treat 16/17 year olds differently from younger children.

The Court of Protection decided (in January 2016) that D’s parents could not consent to his confinement in the residential placement once he reached 16, with the effect that any care arrangements amounting to a deprivation of liberty for 16/17 year olds lacking capacity would need court authorisation.  The following year (October 2017), however, the Court of Appeal overturned that decision and decided that consenting to such arrangements on behalf of 16/17 year olds could fall within the ‘zone’ of parental responsibility.  This meant that parental consent could in effect stop the care arrangements from amounting to a deprivation of liberty (for Article 5 purposes), thereby avoiding the need for court authorisation in those circumstances.  That has been the legal position for almost the last two years since the Court of Appeal’s decision.

What has the Supreme Court decided?

The Supreme Court has now turned this issue on its head again, concluding that it is not within the scope of parental responsibility for parents of a 16/17 year old to consent to care/residence arrangements which deprive that young person of their liberty.

In Lady Hale’s judgment, the crux of the matter is: ‘Do the restrictions fall within normal parental control for a child of this age or do they not?’.  If they do, this will not fall within the scope of the European Convention on Human Rights Article 5 Right to Liberty but, if the restrictions go beyond normal parental control, Article 5 will apply and a ‘substituted consent’ cannot be given by those with parental responsibility.  In this case, the degree of supervision and control to which D was subject was quite clearly not normal for a child of 16 or 17.  Accordingly, he could only lawfully be deprived of his liberty via a procedure prescribed by law - i.e. court authorisation (as had in fact happened in D’s case in any event).

Meanwhile, another of the Supreme Court judges, Lady Black, provided more detailed analysis of the issue as to how far parental control extends and found that parental responsibility for a child aged 16 or 17 does not extend to authorising the confinement of a child in circumstances which would otherwise amount to a deprivation of liberty. Lady Black also considered the application of Section 25 of the Children Act 1989 (which provides for secure accommodation), finding that Section 25 “is not intended to be widely interpreted, so as to catch all children whose care needs are being met in accommodation where there is a degree of restriction of their liberty, even amounting to a deprivation of liberty”.

Whatever the reasons though, the upshot of the Supreme Court’s decision is that parental consent to care/residence arrangements amounting to the deprivation of liberty of a 16/17 year old is no longer enough.

The bottom line is that court authorisation will now have to be sought for care/accommodation arrangements for young people of 16 or 17 who lack capacity to consent to those arrangements themselves. Consent from parents to those arrangements will no longer be sufficient to prevent there being an unlawful deprivation of liberty otherwise.

As the Supreme Court pointed out, however, a key recent development has been the passing of the Mental Capacity (Amendment) Act 2019 which - expected to be from 1 October 2020 - will introduce the Liberty Protection Safeguards to replace the existing Deprivation of Liberty Safeguards (DoLS) regime.   Unlike the current system, the Liberty Protection Safeguards will apply to 16 and 17 year olds.  Once the new regime comes into effect next year, therefore, the law will provide a mechanism to protect the rights of 16/17 year olds in the same way as for adults, which will fill the legal ‘gap’ which currently exists for this age group.

Importantly, the impact of this judgment could be felt more widely, because Lady Hale commented that, logically, the same conclusion would apply to younger children whose liberty is restricted to an extent not normal for a child of their age (although other judges were keen to leave that question entirely open).  Whilst the under 16s issue did not specifically arise in this case so nothing said on that is binding, the door has potentially been opened for it to be argued in future cases involving under 16s that court authorisation is similarly needed to stop the arrangements amounting to an unlawful deprivation of the child’s liberty.  That is, however, an issue for another day.

Another issue for another day is likely to be further consideration of when Section 25 (secure accommodation provision) bites.

Our national team of healthcare regulatory specialists can provide responsive, practical advice to commissioners and providers across the health and social care sector on all aspects of the law in this area, including: 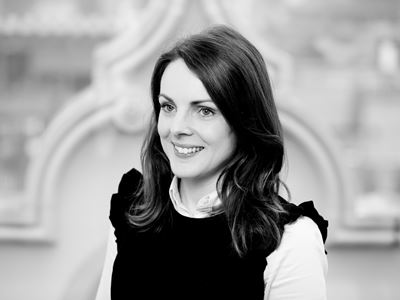