The drive to transform healthcare services enhanced by technology has, at its heart, a very human aim: to enable clinicians to strengthen the patient-doctor relationship.

Technology will improve and drive healthcare to new heights over the next two decades but only if staff are ready, willing and able to use the new tools available to them.

This was the conclusion of a ground-breaking review on preparing NHS staff to deliver digital healthcare, produced earlier this year by US physician Dr Eric Topol, Executive Vice President and Professor of Molecular Medicine at Scripps Research in California.

“The review invigorated and amplified my enthusiasm for how this can help the future,” says Topol, who is passionate about the potential for tech to boost healthcare.

The Preparing the healthcare workforce to deliver the digital future report, published in February 2019, was commissioned by former Health and Social Care Secretary Jeremy Hunt.

For the report, Topol and his team sought opinion from a wide range of experts, patients and carers (in the UK and overseas), to anticipate and debate the impact of technological innovation on the NHS workforce.

The role of digital technology in healthcare will be overwhelming, it argues, saying that within 20 years, 90% of all jobs in the NHS will require some element of digital skills. In addition, staff will have to navigate a “data-rich healthcare environment” with all staff needing to have digital and genomics literacy.

Topol predicts three inevitable changes over the next 20 years:

These three elements are inter-related, according to Topol: “It’s all about how vital data for each individual will become increasingly important. That will help provide better prevention.

“All these things, whether the genome or sensors or the patient with autonomy, require support with algorithms and that’s where AI comes into play. Those three things are just part of one major theme – individualised medicine.”

Raising awareness of genomics and digital literacy amongst the health and social care workforce is a large task, Topol acknowledges, but a necessary one.

The report recommends that staff should have the opportunity to access information about genomics and digital technologies adopted by the NHS, and develop the necessary skills.

Also within five years, the report says the NHS needs to make sure that education and training for future employees equips them to achieve their full potential in a technology-enhanced NHS.

This should include education providers ensuring genomics, data analytics and AI are prominent in undergraduate curricula for healthcare professionals.

Topol says: “You have this entity called Health Education England. No other country I am aware of has such an entity. That is important because everything we are talking about in the report is about retraining and educating doctors and the medical community.

“The UK is already the world leader in genomics and in training its health professionals about genomics. You can’t implement technology unless people are trained and educated in it.

Topol continues: “As we are able to get more efficient and use machines more routinely and wisely, that gives the potential to get more time between patients and doctors, which has been eroding.

“That is the essence of medicine, and it has lost its way because we have been so into this squeeze of seeing more patients in any given time. What has happened is patient dissatisfaction, but also more burnout of doctors, nurses and all clinicians.

“That burnout is very serious with clinical depression and sometimes even suicide. It also decreases productivity of clinicians and increases the errors that are occurring.

“We have to get back to that, and this is the best route I know. This was the most exciting part of the report – the chance to bring back medicine and bring the care back to healthcare.”

Topol believes the NHS is able to achieve the changes outlined in the report, adding: “It is far more doable in the UK with the NHS, than it is in the US, for multiple reasons.

“You have this structure of the NHS. It’s a single payer and all citizens are provided with healthcare. Any will and ability to make change far exceeds the capabilities in the US because it has a fragmented health system.”

The report says digital healthcare technologies should not just be seen as increasing costs, but rather as a “new means of addressing the big healthcare challenges of the 21st century” – a message that Topol strongly advocates and says the UK Government seems to have accepted.

“I know [current Health Secretary] Matt Hancock is very enthusiastic. I have met with many members of Parliament and they were similarly enthused.

“It is worth noting that as technology has been introduced throughout the years, it has mainly led to increasing costs, but what we are talking about is software, leaning on machines and less reliance on personnel and the subsequent labour costs.”

According to Topol, there are real signs that the UK Government is on board with technology at the heart of healthcare, shown by the creation of the NHS Digital Academy and digital transformation unit NHSX, the 100,000 Genomes Project, the planned set up of a National Artificial Intelligence Lab within NHSX and the roll out of the NHS App.

One of the report’s aims is to see the NHS as the “world leader in revolutionary technologies” – something Topol believes can happen even with the constraints of having the financial responsibility of a publicly funded health service.

“The UK has all the potential to be the world leader because it’s already the world leader in genomics. The education and training capacity built already exists, as does the will, the planning, allocation of resources and having the Government aligned with this potential – all these things are rarely seen anywhere else.”

Concerns over protecting patient confidentiality within this technology advancement are appropriate, says Topol, who is frank about the seriousness and consequences of getting this wrong.

“Privacy and security are centre stage” he admits. “That is the kind of thing that could really hurt progress here. It’s very important that we don’t become complacent. Much more needs to be done to assure security of the data and privacy of the patient’s medical information.”

An appetite for change from the public and their enthusiasm for the kind of changes outlined in the report is clearly evident, he argues. “We had patient representatives on the panel and they were enthusiastic. In addition, overall, patients would like to have more autonomy and more time with their doctors. They said they often feel things are rushed and care is compromised so there is no question that they want change.”

The make-up of the future healthcare workforce may also need to change to accommodate greater use of technology – a change that Topol believes is a good thing.

“Because of the support of machines, that means not only will the public have more empowerment, but non-physicians will also be able to take on a larger role as we go forward, including nursing and physician associates. It will mean increasing the diversity of the workforce.”

Despite his optimism, Topol is also realistic and admits to some concerns over how the technology could impact on clinicians.

“We have to be careful that this doesn’t go south,” he says. “There is the possibility that these changes could make things worse because if you use this technology, you could start squeezing the clinical community more. Someone might say, ‘I have all this efficiency now and I want you to see more patients, read more slides and more scans’.

Despite these reservations, Topol’s enthusiasm remains infectious: “We have the biggest opportunity to improve medicine in history, and the UK is already a very significant force and leader in this movement. Hopefully it will lead to not just better healthcare in the UK, but a model for the rest of the world.” 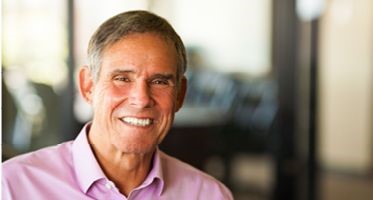 Dr Eric Topol is Executive Vice President at Scripps Research – the non-profit US medical research facility that focuses on research and education in biomedical sciences – where he is also professor in its Department of Molecular Medicine. He is the Founder and Director of Scripps Research Translational Institute. His work blends genomics, big data, information technologies and digital health technologies to help advance personalised medicine. He qualified as a doctor from University of Rochester and, after additional training, went to University of Michigan where he became a tenured professor. As Chief of Cardiovascular Medicine at Cleveland Clinic, he founded a new medical school.