It’s a decision that will see long-standing competition rules swept away, with the aim of heralding in a new streamlined procurement model and speeding up implementation of the NHS Long Term Plan.

The proposals, set out by NHS England and NHS Improvement in February 2019, include revoking regulations made under section 75 of the Health and Social Care Act 2012; removing both the Competition and Markets Authority’s (CMA) function to review mergers of NHS foundation trusts, and the role of NHS Improvement as competition law enforcer, as well as the need for NHS Improvement to refer contested licence conditions or national tariff provisions to the CMA.

Currently, anti-competitive behaviour in the NHS is governed by the NHS (Procurement, Patient Choice and Competition) (No.2) Regulations 2013 (PPCC) and the Competition Act 1998. Whereas the former are enforced by NHS Improvement, the latter is applied by both the CMA and NHS Improvement. Both sets of rules prohibit, for example, bid rigging, market sharing and price fixing.

Removing NHS Improvement’s competition powers and duties will not mean anti-competitive behaviours go unchecked, but rather that the CMA becomes sole enforcer of competition rules in relation to NHS services under the Competition Act 1998, to the extent that it applies.

In June 2019, following weeks of inquiry, the Select Committee published findings that were largely supportive of the proposals. “Collaboration is a better way to manage the rising demands on health and social care, improve joined-up care for patients, and to deliver better value for taxpayers,” it stated, adding that the best way to promote this would be to remove existing legal obstacles.

It further recommended that until the law is changed, Integrated Care Provider (ICP) contracts should be held by NHS bodies – a view likely prompted by the Cambridgeshire and Peterborough UnitingCare Partnership collapse.

As stated, the Committee was largely supportive of the NHS England/Improvement proposals, but there were some caveats.

In the absence of alternative regulatory mechanisms, the Committee expressed concern that the removal of section 75 could ‘lead to a deregulated rather than demarketised NHS’.

To avoid another major NHS shake-up, it was recommended that Integrated Care Systems (ICS) should not be established as separate legal entities, but should demonstrate the ‘highest standards of openness and transparency’. The Committee warned this could create a situation in which ‘everyone is accountable, but no-one can be held responsible’.

While the Committee supported the merger of NHS England and NHS Improvement in principle, and the Secretary of State’s power to create new NHS trusts, it expressed concern about the degree of central control.

Could the NHS become a monopoly? Might the Department of Health and Social Care use its power to impose integration at the expense of local autonomy?

Dr Alexandra von Westernhagen, Consultant at DAC Beachcroft and specialist in NHS competition law, says the proposals provide ‘more perceived flexibility to collaborate’, but in practice this has yet to be tested.

As there has been no use of this possibility in practice, von Westernhagen also questions how the removal of the need for NHS Improvement to refer contested licence conditions or national tariff provisions to the CMA will enhance collaboration.

Moreover, there has been no recommendation to change the Enterprise Act 2002 to state that NHS foundation trusts do not qualify as ‘enterprises’ under the Act. Given this omission, this means the CMA may continue to have jurisdiction to review mergers between NHS foundation trusts under the Enterprise Act, while notification of mergers is only voluntary.

It is clear that despite the Committee’s comprehensive report, there is ambiguity in how the proposals will play out.

Niall Dickson, Chief Executive at NHS Confederation, says the proposals are ‘sensible’ but warns of a move towards greater centralisation: “We all want local NHS organisations to work more collaboratively but that will not happen by stripping away local autonomy and giving more powers to the centre.”

Nick Ville, Director of Policy at the NHS Confederation adds: “Any new procurement model should be transparent and accountable, able to manage conflicts of interest and focused on securing the best provider regardless of ownership model. It should also be less onerous than the current regime and enable joint commissioning between the NHS and local government.”

Julie Das-Thompson, Head of Policy and Delivery at NHS Clinical Commissioners (NHSCC), also stresses the importance of enabling joint working. “The NHS England and Improvement recommendations will introduce what is currently termed a ‘best value test’. We want this to be less onerous than the current procurement methods, with clear processes and mechanisms for conflict resolution. This is needed so that Clinical Commissioning Groups (CCGs) aren’t subject to inappropriate legal challenges driven by a new set of rules.”

Mary Mundy, Senior Associate at DAC Beachcroft, specialising in procurement in the health sector, agrees: “Any so-called ‘best value’ test could still result in commissioners being required to compete. Unless commissioners are confident they will not be taking procurement risks in terms of the threat of litigation, you may still have some commissioners making decisions about how to award contracts with procurement risk in mind. The best value test guidance will need to be clear on this and will need to give examples of what is now expected of commissioners. If it is open to interpretation, there will be a lack of consistency.”

Mundy adds: “This could cause uncertainty for providers as they may still be asked to bid competitively in one area, yet the same service may be the subject of a direct award in another.”  We will know more when the NHS Bill is published, within which NHS Improvement and NHS England propose to publish a draft set of rules about ‘if and how NHS goes out to procurement’ alongside the NHS Bill."

Nonetheless, many stakeholders do believe the new arrangements will be less onerous.

Mundy says by repealing section 75, commissioners will no longer be subjected to “the complicated and arguably contradictory PPCC.”

Specifically, when procuring health care services, commissioners will no longer have to navigate through two sets of sometimes conflicting regulations – the PPCC and the Public Contract Regulations 2015 (PCR). This should certainly be less onerous than the current position.

Jane Garnett, Procurement Lead at NHS West Suffolk Commissioning Group, welcomes the merger of NHS England and NHS Improvement as it will lead to more consistent and streamlined communication between the regulators and the system they regulate.

Das-Thompson continues by saying more flexibility could enable CCGs to save money to spend on the frontline: “Our members say current NHS procurement rules can be cumbersome and not add benefit to the health of the population. They often have to consider the risks and benefits of going through a long procurement process, even if there is realistically only one potential provider they could contract with. Simplifying arrangements so the CCGs can jointly commission primary care without the barrier of ‘double delegation’ is felt to be helpful. These changes have the potential to reduce fragmentation and join up care for patients.”

Given the existence of the PCR and the fact that most commissioners already consider best value when undertaking a complex and risky procurement process, some say the difference will be minimal.

Removal of section 75 will take away the potential for providers to raise complaints with NHS Improvement, but Garnett says most providers “who are serious about challenging a procurement, pursue a legal route through the PCR’s, rather than through section 75 and Monitor”, and for most providers and potential bidders the PCR remains their main reference point. It is therefore encouraging that NHS England and NHS Improvement’s Board Papers, from 26 September, set out that an NHS Bill will propose to remove health care services from the scope of the PCR.

Mundy notes that commissioners will continue to have general duties under the NHS Act that they have to comply with but in a new landscape where there is no legislation governing procurement processes in the NHS, health commissioning might look very different in the future.

Whether the changes will really count may depend on how NHS stakeholders receive them.

Perhaps Garnett sums it up best when she says: “Unless ‘hearts and minds’ are on board, no tinkering with legislation will make a difference.” 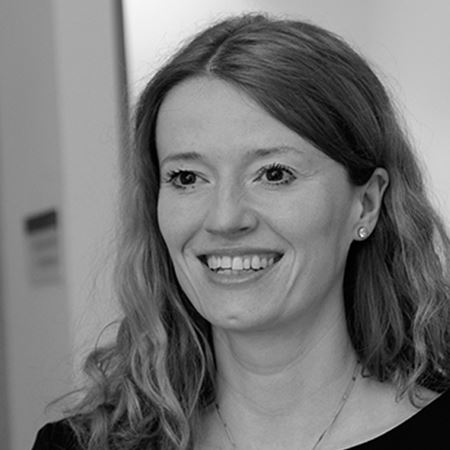