On 29 October 2019, the Irish Competition and Consumer Protection Commission (“CCPC”) published draft Simplified Merger Notification Guidelines seeking views from industry stakeholders. The draft simplified merger procedure is similar to that operated by the European Commission since 2000 and which currently operate across 70% of EU Member States today.

The CCPC considers that the introduction of a simplified merger procedure in Ireland will reduce the review periods for mergers and acquisitions which do not raise competition concerns in the State.

The simplified procedure will apply in principle where:

Where the simplified procedure applies, the parties will not have to provide answers to a significant proportion of the questions in Section 4 of the Standard Merger Notification Form. These questions relate to the areas of overlap between the parties and agreements between the parties, shareholdings in competitors/ potential competitors, customers, suppliers, competitors and internal documents assessing or analysing the proposed transaction.

However, the CCPC reserves the right to revert to the Standard Merger Procedure. In particular, the CCPC may do so where the proposed transaction is taking place in an already concentrated market where a small number of leading firms have large combined market shares. The CCPC may also exercise this right where the transaction involves a maverick firm, takes place in a new or novel market or where competition concerns are raised in third party submissions.

The introduction of a simplified merger procedure is a welcome development for clients given the time, resources and monetary burden on businesses in notifying transactions which have had no impact on competition. The CCPC estimates that approximately 55% of all notifications reviewed by the CCPC between the period 2016 – 2018 did not raise competition concerns and would have qualified for review under a simplified procedure.

At EU level, over 75% of the total number of transactions notified fall within the simplified procedure. In Ireland, the number of notifications in 2019 is certainly going to drop in light of the increase in the financial merger thresholds which came into effect on 1 January 20191. However it remains to be seen if the introduction of a simplified merger procedure will have a significant impact in terms of the duration of the CCPC review period as in practice, parties have been availing of waivers from sections of the notification form by agreement with the CCPC for many years.

The deadline for responses to this consultation is Friday 29 November 2019.

Please contact Joanne Finn or Elaine Davis if you have any questions on this Consultation.

1As of 1 January 2019, mergers and acquisitions are notifiable to the CCPC where both the following thresholds are met: 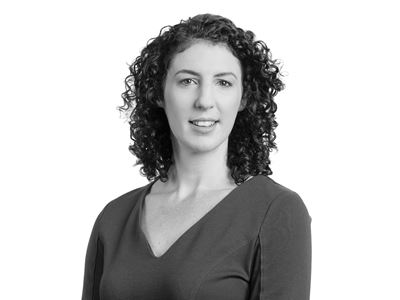