In the recent case of Pomphrey v. Secretary of State for Health and North Bristol NHS Trust [2019] 4 WLUK 483, where DAC Beachcroft acted for the Defendants, the High Court specifically looked at the causative potency of complications from surgery that a patient would always have undergone and following detailed consideration found in favour of the Defendants.

In this briefing, we consider the future impact of these judicial findings and how they will be helpful in the defence of similar claims.

Pomphrey concerned an alleged failure by two NHS organisations, Bristol Community Health and North Bristol NHS Trust, to diagnose and treat cauda equina syndrome (CES), a potentially catastrophic condition where the nerves below the end of the spinal cord (known as the cauda equina) are damaged.

The Claimant, Mr Pomphrey, suffered from lumbar stenosis, a common back complaint involving narrowing of the spinal canal. His case, in a nutshell, was that from March 2011: 1) he had CES as a result of intermittent/episodic compression of the cauda equina nerve roots; and 2) as a result, he should have had surgery on an 'as soon as possible basis' and in any event earlier than the decompression surgery that was in fact performed in January 2012.

It was alleged that between March 2011 and May 2011 the Extended Scope Physiotherapists at Bristol Community Health failed to recognise the severity of the Claimant’s symptoms and failed to refer the Claimant to hospital as a matter of urgency. He was in fact referred to North Bristol in mid-2011, and it was also said that there was an unreasonable delay by the neurosurgical clinicians at North Bristol in performing spinal decompression surgery.

The Claimant's decompression surgery in January 2012 (which was not the subject of any criticism) was complicated by a dural tear and a leak of cerebrospinal fluid. It was common ground that the surgical complications were responsible for the Claimant's injuries, specifically permanent severe CES manifesting itself in weakness and balance disturbance, bowel and bladder dysfunction, and loss of sexual function.

The Claimant's case on causation was that had surgery been performed earlier than January 2012, the complications would not have occurred and on the balance of probabilities he would have had a successful outcome from surgery.

Regarding breach of duty, the Judge, His Honour Judge Cotter QC sitting in the Bristol District Registry, found that there was no compression of the cauda equina nerve roots that mandated surgery on an 'as soon as possible basis'. Of significance was the fact that two MRI scans (the standard tool for triaging patients with suspected CES) in April and November 2011 had both excluded any compression. The Judge therefore found that all the clinicians had acted reasonably in treating the Claimant on a routine basis.

However, he did find that following a Consultant review on 14 December 2011 (when it was decided that surgery should now be performed on an urgent basis) surgery should have been performed within one calendar month. The surgery in fact took place on 24 January 2012 and the Judge found that there was a negligent delay of 10 days in performing surgery, although this was not causative of any additional pain and suffering.

The real issue on causation was whether surgery 10 days earlier would have avoided the catastrophic surgical complications. It was accepted that the Claimant would always have undergone the same operation as in fact was performed, and it was determined that the earlier surgery would have been performed by the same surgeon who in fact performed the later operation. In those circumstances, the Judge found that even if the surgery had been performed 10 days earlier the complications and injuries would still have occurred in any event.

The Judge also found that even if the complications had not occurred in any event, the claim would fail on principles of legal causation following the House of Lords' decision in Chester v. Afshar  [2004] UKHL 41 given that the delay did not alter the risk of the complications occurring.

The Claimant's claim was dismissed.

What can we learn from Pomphrey?

The Judge's findings are significant, in that they demonstrate that where a Claimant would always have undergone a certain type of operation, and that the risk of certain complications is the same whenever that operation is performed, the Claimant cannot establish causation when those complications eventuate by relying on 'but for' causation simply by changing the timing of the surgery.

This is best demonstrated by considering the facts of Pomphrey itself. The Claimant's case was based on the proposition that the risk of the dural tear and subsequent complications that eventuated was 7%. The Claimant argued that there was therefore a 93% chance with surgery on any other occasion that the complications would not have occurred, and therefore on the balance of probabilities the complications would have been avoided with earlier surgery. This was essentially the same argument that had succeeded in Crossman v St George's Healthcare Trust [2016] EWHC 2878 (QB).

However, in Pomphrey the Judge stated that to follow that approach in circumstances where the Claimant was unable to establish that the delay had altered the risk of the complications occurring "would drive a coach and horses through well established causation principles," specifically the principles of conventional causation unanimously adopted by the House of Lords in Chester. It appears that the Claimant's case on causation would fall foul of Lord Hoffman's roulette wheel analogy from Chester (which the Judge cited in the Pomphrey Judgment):

"In my opinion this argument is about as logical as saying that if one had been told, on entering a casino, that the odds on No 7 coming up at roulette were only 1 in 37, one would have gone away and come back next week or gone to a different casino. The question is whether one would have taken the opportunity to avoid or reduce the risk, not whether one would have changed the scenario in some irrelevant detail. The judge found as a fact that the risk would have been precisely the same whether it was done then or later or by that competent surgeon or by another. It follows that the claimant failed to prove that the defendant's breach of duty caused her loss. On ordinary principles of tort law, the defendant is not liable."

Pomphrey will be of significant importance in future cases involving complications from treatment that the patient would always have had. As demonstrated, there should be particular focus on: a) the risk of those complications when the treatment was in fact carried out; and b) the risk of those same complications when it is said the treatment should/would have been performed (assuming that the timing is different). Pomphrey helps show that the exception to conventional causation principles set out in Chester v Afshar is very narrow and that the courts will be loathe to extend it.

Our national teams of Clinical Risk lawyers have extensive experience of supporting and advising healthcare providers in matters just like this and we are on hand to provide advice upon the impact of this decision. 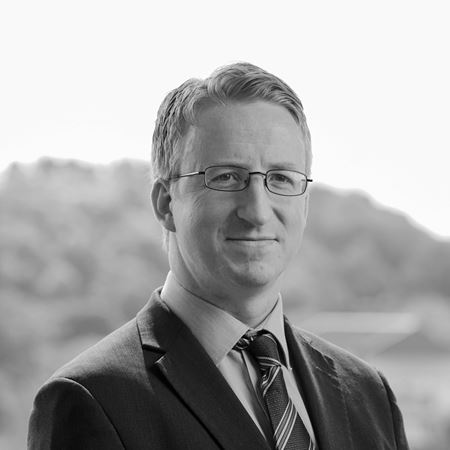 The NHS's fight against sepsis stepped up a gear on 1 April 2019, when its standard contract was amended to require all NHS Trusts in England to comply with sepsis guidance that was first published…