1.  In Universal Sealants (UK) Ltd (t/a USL Bridgecare) v Sanders Plant and Waste Management Ltd [2019] EWHC 2360 (TCC), the High Court determined whether a contract to supply and pour concrete was a construction contract as defined by s.104-105 of the Housing grants, Construction and Regeneration Act 1996 (the “Act”).

2.  In short, the Court found that pouring pre-mixed concrete from a concrete wagon on a construction site is excluded from the Act pursuant to s.105(2)(d)(ii). Delivery to site of materials is not a construction operation unless the contract “also” provides for distinct installation works. The word “also” implies that there must be additional work done to constitute installation. Since the delivery and pouring of wet concrete amounted to the same thing, . pouring concrete was not held to constitute a construction operation.

3.  The Claimant USL was engaged in October 2016 to carry out works to remove and replace bridge expansion joints at Bladon Haugh viaduct in Gateshead.

4.  In February 2017 USL contracted with Sanders to supply concrete for the works. On 23 February 2017 USL sent Sanders a purchase order which required the provision of concrete designated grade M50. However Sanders claimed that, in previous telephone conversations, it had been agreed that Sanders could deliver its strongest available concrete, grade ST5. The contract did not provide for adjudication between the parties in the event of a dispute.

5.  On 7 March 2017 Sanders delivered concrete ST5 to site. The concrete was poured from its wagon, driven by a Sanders operative under some direction from USL, directly into its final resting place. There was no substantive evidence as to what other installation work was done to the concrete after pouring.

6.  USL objected to the installation on the basis that the contract required concrete designated M50. Concrete ST5 was not what was contracted for and was not fit for purpose. The ST5 was broken out and USL launched an adjudication for damages in April 2019. The Adjudicator awarded USL damages of £52,259.

7.  Sanders objected that the Adjudicator had no jurisdiction because the contract contained no provisions for adjudication. Further, the adjudication provisions of the Act did not apply because the delivery of concrete did not constitute construction operations for the purposes of s.105 of the Act.

8.  On 13 May 2019 USL applied to the High Court for summary judgment enforcing the Adjudicator’s decision. Sanders maintained its objection to the decision on jurisdictional grounds. The application was heard on 8 August 2019.

9.  The Court accepted USL’s plea that Sanders’ delivery of the concrete to site constituted acceptance of the purchase order and therefore that a contract had been concluded on the terms of that order. The question remaining was whether the contract was for “construction operations” for the purposes of s.104 of the Act, and therefore if adjudication provisions should be implied into the contract by s.108 of the Act. Otherwise, there would no right to adjudicate and the Adjudicator’s decision could not be enforced.

Does delivering and pouring concrete count as “construction operations”?

10.  Sanders argued that the adjudication provisions of the Act did not apply because the delivery of concrete fell within the exclusion provided by s.105(2)(d)(ii). This provides that:

(d) manufacture or delivery to site of…

Except under a contract which also provides for their installation”.

11.  The Court determined that the supply of concrete to a site was “patently within the exclusion unless the exception applies, because it is quite simply the delivery of materials.”

12.  The word “also” in the exception further indicated that “installation” must mean that some work was done to the materials after delivery. The Court clarified that this should not be defined narrowly, but it should at least be “something other than delivery”.

14.  The Court found, further, that delivery and installation were indivisible. Once mixed, wet concrete would start to set. There was no question of delivering it to site for storage and then pouring at a later date. Consequently “the act of delivery and pouring are, therefore, commonly the same thing if, as in this scenario, the concrete is being supplied from off-site.”  The Court noted, in addition, the lack of evidence that Sanders had done any work to the concrete after pouring.

15.  The Court therefore found that Sanders’ argument as to the jurisdiction of the Adjudicator had a real prospect of success and declined to grant summary judgment in favour of USL.

16.  This case highlights the risk inherent in appointing sub-contractors to carry out concrete pouring or other operations which may fall within the scope of s.105(2)(d)(ii) without having set out explicitly the terms on which the main contractor wishes to rely for the purposes of the Act. Those in the industry should consider carefully whether or not it is their intention to engage the payment and adjudication provisions under the Act. It is recommended that this is stated expressly to remove any doubt. 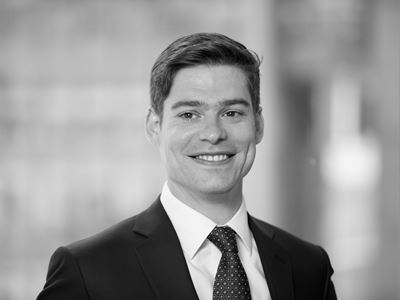