2. In short, a shipowner (Classic Maritime) issued a claim against a charterer (Limbungan) for its failure to supply five shipments of iron ore pellets from Brazil to Malaysia. Following the bursting of a dam in Brazil, the charterer claimed to be excused from its contractual obligations seeking to rely on an ‘exception’ clause to avoid responsibility. However, the charterer was unable to prove that it could and would have performed its obligations but for the ‘exception’ event. The Court of Appeal held that – as a result – the charterer could not rely on the exception clause and the shipowner was entitled to substantial damages.

3. This case provides a stark warning to those who draft ‘exception’ and force majeure clauses as to the need to use clear language to communicate the parties’ intentions.

4. The dispute arose from a long-term contract of affreightment providing for shipments of iron ore pellets from Tubarao or Ponta Ubu in Brazil to Port Kelang or Labuan in Malaysia.

5. In November 2015, the Fundao dam in Brazil burst, causing catastrophic flooding which stopped production at a mine. This made it impossible for the charterer to make five shipments from Ponta Ubu that it had agreed to perform between July 2015 and June 2016.

6. Clause 32 of the contract provided that the charterer would not be liable for any failure to deliver cargo "resulting from" any ‘accident at the mine’, provided that the accident “directly affected” its performance of its contractual obligations. The clause also listed a number of other supervening events beyond the parties’ control. It therefore had some features of a typical force majeure clause, despite its description.

7. The charterer sought to rely on the dam burst as a force majeure event, to excuse it from liability. Specifically, it sought to rely on a previous line of judicial authority that ‘force majeure’ clauses which operate to release parties from future obligations do not require the “but for” test to be satisfied. In other words, the charterer maintained that it was not necessary for it to show that it would have performed its obligations but for the dam burst.

8. The shipowner argued that the bursting of the dam was irrelevant and focused on what would have happened had the contract been performed. It focused on the wording of the specific clause and claimed that the words “resulting from” and “direct affect” imported a requirement for a causal link between the event and the failure to supply, asserting that the collapse of the dam had no causative effect as the shipments would not have been performed in any event.

9. The High Court found against the charterer, holding that even if the accident at the dam had not occurred, it would not have been able and willing to deliver the cargoes.

10. However, Teare J held that the shipowners were not entitled to substantial damages because even if the charterer had been able and willing to perform, the accident meant that no cargoes could have been shipped. Consequently, the judge only awarded the shipowner nominal damages.

11. The shipowner appealed on the issue of damages, and the charterer cross-appealed on liability.

12. The Court of Appeal agreed that the charterer could not rely on the ‘exceptions’ clause to avoid liability. On a proper interpretation of the clause, the charterer was required to show that it could and would have performed the contract but for the dam burst, and it could not meet this requirement.

13. The previous judicial authority in relation to ‘force majeure’ clauses was not determinative. Whilst clause 32 shared some of the features of a typical ‘force majeure’ clause, its construction was not a matter of labels (whether ‘force majeure’, ‘exceptions’ or otherwise), but rather in accordance with the usual rules of interpretation. In that regard, the Court of Appeal found that the actual words used (i.e. “resulting from”) imported a causation requirement.

14. In making its decision the Court of Appeal did draw a distinction between clauses which seek to limit liability for past performance (which may require the satisfaction of a ‘but for’ test) and those which operate to discharge the parties from an obligation to perform in the future (where the focus may simply be on whether or not performance is impossible). But ultimately this distinction was not considered material.

15. The Court considered that, if the parties had wished to agree a clause that excluded the “but for” causation test, they could have done so. As they did not, the clause required the charterer to prove that it would have been ready and willing to provide cargoes for shipment even if the exceptions event (the dam bursting) had not occurred, in order to avoid liability. In so doing, the Court accepted the shipowner’s construction, upholding the High Court’s determination of the issue in its favour.

16. Having concluded that clause 32 did not provide the charterer with a defence, the Court of Appeal went on to reverse the previous decision on damages on the basis that – as the failure to supply was not exempted – the shipowner should be awarded substantial damages for the charterer’s failure to perform. Otherwise, the charterer would still escape liability for its breach. The sum awarded was just under $20 million.

17. The concept of ‘force majeure’ is commonplace in construction projects that are often impacted by events outside the reasonable control of either party. Notably, in relation to entitlements to extensions of time, suspension or termination provisions.

18. This case acts as a warning to those drafting clauses which deal with such events. The overriding lesson from the Court of Appeal being that parties will be held to the language of the words used. It cannot be taken as read that an event which renders performance impossible will necessarily limit or exclude liability: it depends what the parties have agreed.

19. As a result, where parties are negotiating or drafting such provisions, they should make it explicit whether or not it is necessary to prove a ‘but for’ causal link between the ‘event' and the ‘breach’ (whether past or anticipated). 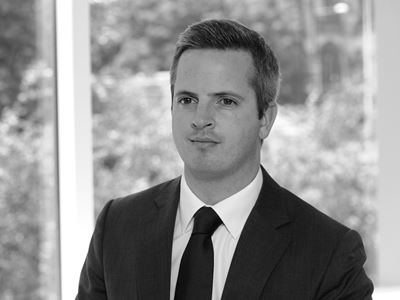