Nature and Effect of the solicitors Equitable Lien - DAC Beachcroft

Nature and Effect of the solicitors Equitable Lien

This claim involved personal injury claims arising out of RTAs where solicitors were retained under CFAs using the Pre-Action Protocol for Low Value Personal Injury Claims in Road Traffic Accidents ("the Protocol"). Ordinarily solicitors would be awarded fixed costs and charges directly from the defendant's insurers, but insurers paid claimants directly in order to bypass the solicitor's charges: the Supreme Court concluded that an equitable lien over those charges existed.

Three clients had retained Edmondson Solicitors (E) under identical CFAs and Client Care Letters (CCL). In each case, Haven Insurance (H) contacted the claimants and offered to settle with them directly without any provision for E's fees. Telephone calls evidenced that H knew E's fees would be avoided if they settled direct.

E brought a claim against H for wrongfully inducing the clients to breach their retainer and intentionally cause them a loss. E sought equitable enforcement of its solicitors' lien. The trial judge rejected the claims by concluding that there was no collusion between H and the claimants to cheat E. H was not on notice of the terms of the retainers. E appealed.

In the Court of Appeal case of Khans Solicitors v Chifuntwe [2014] 1 WLR 1185, the Home Secretary had agreed to settle payment on account of the claimant's costs. The payment was made direct to the claimant after express notice from the claimant's former solicitors that they claimed a lien. The Home Secretary was ordered to pay the settlement again to the solicitors because a solicitor should have protection over funds recovered by a client if '(a) the paying party is colluding with the client to cheat the solicitor of his fees, or (b) the paying party is on notice that the other party's solicitor has a claim on the funds for outstanding fees.' The Court of Appeal applied Khans to this case and extended it, concluding that the CCL effectively overrode the CFA provisions so that the clients had no personal or contractual liability for E's charges, but found that there was an equitable lien which would allow E to receive its fixed costs and charges. It concluded that E was entitled to sue in its clients' names for recovery of those charges from H. H was therefore ordered to pay the charges in addition to the settlement sums already paid to the claimants. H appealed.

Decision of the Supreme Court

The Supreme Court concluded that the CCL: (1) merely limited the recoverable charges under the CFA to the amount recovered from the defendant; and (2) when read in conjunction with the CFA and Law Society's terms (which contain clear assertions of the client's responsibility for the firm's charges in the event of a win in litigation), affirmed the basic contractual liability necessary to form the basis of an equitable charge. It concluded that the claimants had a contractual liability to pay E's fees: E was therefore entitled to enforce an equitable lien against H for those fees.

The Supreme Court concluded that (1) by lodging claims under the RTA Portal, E had done enough to trigger its entitlement to its basic charge, disbursements and success fee under the CFA terms and (2) by the time H paid settlement sums direct to the claimants, it knew that they had each retained E under a CFA. In the circumstances, H knew that it was very unlikely E would have received its costs up front and that it was most likely expecting to recover them from H. The claim for collusion failed however, not because H lacked the requisite intent, but because each of the claimants did. The Supreme Court agreed with the Court of Appeal that once H was notified that a claimant had retained solicitors under a CFA and that the solicitors were proceeding under the Protocol, it is unconscionable for them to make a direct payment to the claimant because they have the requisite notice and knowledge.

The Supreme Court did not find it necessary to consider the Court of Appeal's re-formulation of the equitable lien given that the CFAs contained sufficient contractual entitlement to charges to support the lien. It did however highlight that implied notice that fees are outstanding does not automatically entitle the solicitor to equitable protection over their claim for fees. The solicitor has no legal entitlement directly against the insurer and so blanket protection from any unconscionable attempt by insurers to avoid fees should not be assumed. In order for the equitable lien to apply, the client must be responsible for the solicitor's charges. 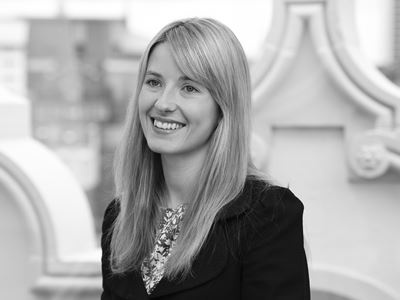 Introduction Nearly 4 years ago, in May 2014, the SRA decided to embark on a major programme of regulatory reform with the aim of reducing regulatory burdens for law firms whilst maintaining…