Completing your charity’s annual return is potentially going to be harder work from next year, with the Charity Commission looking to significantly increase the number of questions it will be asking charities in their annual returns, with the aim of obtaining a clearer picture of the charity sector and being able to identify emerging issues at an earlier stage.

In this briefing, we look at what’s being proposed and what to expect next.

What is the consultation proposing?

Any charity with an annual income of over £10,000 has to answer a list of questions as part of their annual return, submitted via an online form to the Charity Commission.   The current questions cover, for example, income and expenditure, income from government contracts/grants and trustee payments.

The Charity Commission is proposing to revise the existing set of questions in the annual return to add new questions, as well as simplifying and clarifying existing questions.  Draft guidance, to help charities with how to approach answering the new set of questions, has also been published.

This is part of the Charity Commission’s drive to become a more data-driven regulator, using analytics and intelligence to pro-actively deal with emerging issues, rather than just reacting when things go wrong.  It is also hoped that the information collected via the updated annual return will provide policy-makers, researchers and the public with a richer understanding of the charity sector.

What will the revised annual return questions look like?  Essentially, the Charity Commission is suggesting a core set of fixed questions to enable year-on-year comparisons, plus adding in an element of flexibility to enable some questions to be omitted or added to the annual return in a particular year in light of the circumstances at the time - e.g. if an event (such as the pandemic) has significantly impacted the sector as a whole, charities could be asked in the annual return how a range of factors, such as donations, fundraising and service demand, have been affected.

The proposals include adding 23 new questions to the annual return.  The exact number of questions each charity has to answer varies according to the charity’s income and activities but, under the proposed revised question set, all charities will have to answer a minimum of 32 questions (at least twice as many as currently).

Issues covered by the new questions include, for example:

As the Charity Commission itself acknowledges, these are ‘significant changes’.  The updated annual return is likely to mean extra work - and potentially extra costs - for charities, particularly as they will need to start pulling together information they are not currently required to collect.  However, the Commission is “…confident that our simplification of the AR will mitigate any overall increase in regulatory burden”.

The Charity Commission is currently considering the feedback it has received on these proposed changes.  Its consultation response is expected in Autumn 2022, when draft regulations to implement the changes are also likely to be published.

The current plan is for the updated annual return question set to apply to financial years starting on or after 1 January 2023.

We can assist charities of all types and sizes (as well as their charitable and non-charitable subsidiaries) with their filing requirements, including assistance with annual returns. 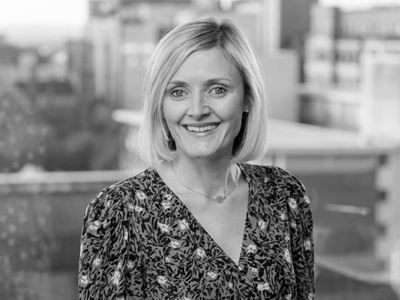 As reported in our article published on 11 May 2022, the first tranche of provisions of the Charities Act 2022 are due to come into force in Autumn this year.