DAC Beachcroft were instructed on behalf of Aviva Insurance in the cases of Bruce McKinlay v Aviva and David Cromie v Aviva. Both cases were raised in the Simple Procedure, which is for non-personal injury claims where the value does not exceed £5000. Both actions were defended on the basis of a quantum only defence, primarily in relation to the credit hire rates charged.

The claimant raised a Simple Procedure Court action in the sum of £3692.28. The claim was primarily for credit hire charges in the sum of £3517.28 and £175 for inconvenience/miscellaneous expenses. The action was defended on behalf of the Respondent on the basis that the sum claimed was excessive and a failure to mitigate on behalf of the claimant.

Settlement was agreed between the parties in the sum of £1200.00. This was substantially lower than the sum claimed and the Respondent’s position was that this capped expenses at £284. The claimant argued that capped expenses did not apply as the Respondent had lodged a defence and not proceeded with it. This is one of the exceptions to capped expenses under Section 81 (4) (a) of the Courts Reform Scotland Act 2014. The parties were unable to agree the applicable level of expenses between them and a hearing on expenses was assigned.

Settlement was agreed between parties in the sum of £2099.56 for credit hire and £50 for inconvenience/miscellaneous expenses. This represented a saving of around 44% of the sum sued for by the claimant.

The Respondent’s position was that capped expenses of 10% of the sum the claim settled at, plus VAT and outlays applied. The claimant argued that uncapped expenses applied as the Respondent had lodged a defence and not proceeded to a final evidential hearing. The Respondent’s position was that this would be against the whole ethos of Simple Procedure and would mean that the Respondent would require to proceed to a final evidential hearing on all cases, simply to avoid incurring expenses penalties for settling matters in early course.

The case proceeded to a hearing on expenses before Sheriff Liam Murphy. Our Shaista Rehman again appeared on behalf of the Respondent. Sheriff Murphy applied the principles of Simple Procedure and exercised his discretion in respect of the expenses. Sheriff Murphy refused the claimant’s motion for uncapped expenses and awarded capped expenses in the sum of £363.95 (inclusive of VAT and outlays).

Impact of the decisions

It is worthwhile noting that in the event that liability defences are advanced, and thereafter conceded, capped expenses are unlikely to apply. When liability defences are advanced the Respondent is essentially disputing that they owe the claimant any funds and if this is conceded in advance of an evidential hearing, it is likely that uncapped expenses will apply. This may also be the case in the event that settlement is close to what was initially claimed by the claimant.

The difference between uncapped and capped expenses is not insignificant. The principles of Simple Procedure are for cases to be resolved as quickly as possible, at the least expense to parties and to the Court. Parties are encouraged to settle disputes via negotiation and should continue to do so throughout the progress of the case and the case should only require the Court’s intervention when it is necessary to do so to resolve the dispute. It would go against the principles to find that a Respondent, whose defence has ultimately been successful via negotiations and without the Court’s intervention, to be punished by being found liable for uncapped expenses.

In both cases, the Respondent adhered to the principles of Simple Procedure. Making an award of uncapped expenses would go against parties being encouraged to negotiate throughout the case.

This is a positive result for insurers. Both decisions give clarity to the level Simple Procedure expenses that can be claimed in matters that are defended on a quantum only basis.

Please do get in touch with our Scottish Vehicle Hire and Damage Team if you wish to discuss Scottish expenses. 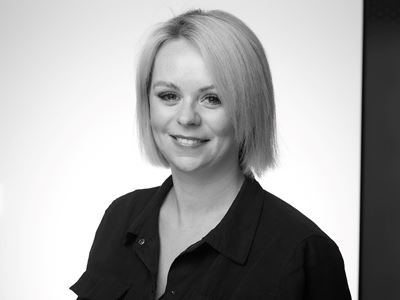