The question of whether and how adults with mental capacity can be deprived of their liberty in the community - for example, via restrictions imposed for the protection of others - has in recent years been a real legal headache for mental health practitioners.

Ever since the Supreme Court ruled in 2018 (in the MM case) that restricted patients cannot lawfully be conditionally discharged from hospital with conditions amounting to a deprivation of their liberty, practitioners have been left grappling with a gap in the law for those patients who have capacity to agree to their care arrangements (for whom the Court of Protection or DoLS routes to authorising a deprivation of liberty are therefore not available) and no longer need to be in hospital but cannot safely be managed in the community without restrictions that deprive them of their liberty.

This problem has recently been considered by the High Court in the case of Cumbria, Northumberland Tyne & Wear NHS Foundation Trust and Secretary of State for Justice v EG, where we were instructed on behalf of the Trust.  Does this case bring us any closer to a definitive solution?

In this briefing, we look at the key takeaways from the EG decision and where it leaves us.

What is the EG case about?

The case relates to a 49 year old man (EG) with a diagnosis of pervasive developmental disorder, emotionally unstable personality disorder and paedophilia. EG has a number of convictions for sexual assaults on girls and, in 1994, was detained under a restricted hospital order (s.37/41 of the Mental Health Act).  He has therefore been a restricted mental health patient for almost 30 years.  Between 1994 and 2014, he was detained in hospital, at a medium secure unit.  Then, in 2014, he was conditionally discharged by the First Tier Tribunal to a care home, where he has lived ever since, subject to conditions built into his care plan for the protection of others - including, for example, receiving 1:1 support when accessing the community - which clearly amount to a deprivation of EG’s liberty.  He has had no treatment at or in a hospital at all since moving to the care home in 2014.  Indeed, EG’s clinical team have actively avoided readmitting him to hospital because this would cause a deterioration in his mental health.

However, when the Supreme Court ruled in the MM case in 2018 that conditions amounting to a deprivation of liberty could not lawfully be imposed as part of a conditional discharge, EG’s treating team had to review the legal framework underpinning his care arrangements.  Authorising the deprivation of liberty under the DoLS regime was not an option because that only applies to those who lack capacity, and EG was assessed as having capacity to make decisions about his care.  The route chosen was therefore to recall him to hospital (albeit a technical recall only, as he was not physically returned to hospital), and then to grant him extended s.17 leave to the care home, enabling the restrictions imposed on him in the care home to continue as part of the s.17 leave conditions.  This was in line with guidance issued in January 2019 in light of the MM case by HM Prison & Probation Service.

Soon after this, however, EG had a First Tier Tribunal hearing, with the Tribunal discharging EG on the basis that he was not receiving any treatment in hospital and so did not meet the criteria for continued detention under s.37/41.  The Tribunal ruled that, instead, EG should be conditionally discharged but - due to the Supreme Court decision in MM - compliance with the conditions of his residence and his care plans was only required by the Tribunal “in as far as they do not deprive him of his liberty”.

On this basis the treating team would have been left without any clear legal authority for continuing to impose the restrictions which they believed were necessary for EG to continue living safely in the community.

Consequently an appeal was brought against the Tribunal’s decision to conditionally discharge and, at the same time, an application was made to the High Court for a ruling on whether an alternative legal solution might be for the High Court to exercise what is known as its ‘inherent jurisdiction’ to authorise the deprivation of liberty given EG’s vulnerability in light of his status as a restricted patient and the limited options available to him.

What has the High Court decided?

All parties in the case agreed that the Court should seek to avoid EG being forced to return to hospital, given that he had been living in the community now for 7 years and a return to hospital was likely to be detrimental to him.

To this end, the Court came up with a legal solution which would enable EG to continue living safely in the community, via using the Human Rights Act 1998 to interpret the relevant provisions in the Mental Health Act in a sufficiently broad way as to allow the continued detention of EG with s.17 leave to remain in the community despite his care not having any hospital element to it.

The Court found that, based on a statutory interpretation of s.72(1)(b)(i) of the Mental Health Act (which addresses one of the situations in which the Tribunal must discharge a patient from detention) the Tribunal were correct in concluding that the patient’s detention (necessary in order to use the s.17 leave route) could only be continued if the patient is liable to be detained in a hospital for medical treatment, which means that an element of the treatment must be in a hospital.  In this case, EG’s treatment had no connection at all with a hospital.  Therefore, the Court found, the Tribunal had been correct in deciding - based on the wording of the Mental Health Act alone - that it was not possible in this case to uphold the detention to enable the option of using s.17 leave as a means of continuing to impose conditions amounting to a deprivation of liberty in the community.

However, that was not the end of the story, because the Court also found that, if EG was forced to return to hospital, this would be a breach of his right to liberty under Article 5 of the European Convention on Human Rights because returning to hospital, even as an outpatient, would be strongly against his therapeutic interests.  In order to comply with EG’s Article 5 rights, reasoned the Court, it would therefore have to interpret the Mental Health Act in a sufficiently broad way as to keep EG out of hospital by enabling him to be lawfully deprived of his liberty in the community.   Using the broad interpretive power the Human Rights Act grants to ensure compatibility with Convention rights, the Judge went on to read ‘liable to be detained’ in s.72(1)(b)(i) of the Mental Health Act to mean “liable in law to be detained for treatment, even where that treatment is being provided in the community, so long as it could lawfully be provided in hospital”, meaning that the Tribunal was not obliged to discharge EG from liability to detention, despite his care having such tenuous links with hospital, thus enabling him to be granted s.17 leave to the care home with the conditions necessary to keep him and others safe.

Essentially, therefore, the Court was able to use the Human Rights Act to find a legal solution that will enable EG to remain safely in the community.

Given the Court’s ruling relating to the s.17 leave route explained above, it did not technically need to go on to examine the possible alternative option of the High Court using its ‘inherent jurisdiction’ to authorise the deprivation of liberty in the community (remembering that the Court of Protection could not get involved because of the patient having capacity).  However, as detailed legal arguments had been heard on this point, the Judge did nevertheless consider this issue.

As the Judge highlighted: “The scope of the inherent jurisdiction to deprive adults with capacity of their liberty has been a matter of some judicial controversy”, as reflected in current case law, which is divided on the extent to which the High Court can use its broad powers to protect those who, despite having capacity within the meaning of the Mental Capacity Act, are nevertheless vulnerable in the sense of being unable to make genuinely free choices due to external factors such as coercion or undue influence.  In EG’s case, however, the Court found that his ability to make decisions was not in any way compromised and the Judge’s view in any event was that “the inherent jurisdiction does not extend to depriving a person with capacity of their liberty”.   This was not, therefore, a route that could provide a legal solution in EG’s case.

Recognising the lacuna in the law for enabling restricted patients with mental capacity to live safely in the community with restrictions amounting to a deprivation of liberty, the government’s White Paper on Mental Health Act reform proposes a new discharge power for restricted patients - to be known as ‘supervised discharge’ - which is aimed at filling the current gap in the law for this group of patients.

In practice, however, this proposal is unlikely to become a reality for some considerable time to come.

In the meantime, whilst the position will need to be considered on a case by case basis, this decision does provide a ‘legal mechanism’ to enable capable restricted patients, who need to be deprived of their liberty in the community, to live in the community on extended s.17 leave, even if there is no hospital treatment element to their care. This does not, of course, provide a ‘perfect solution’ to the problem, not least because it does require the continued use of s.17 leave with the legal and practical complications that involves.

We also provide training on all aspects of the Mental Health Act and Mental Capacity Act, including
induction and refresher courses for s.12 Approved Clinicians. 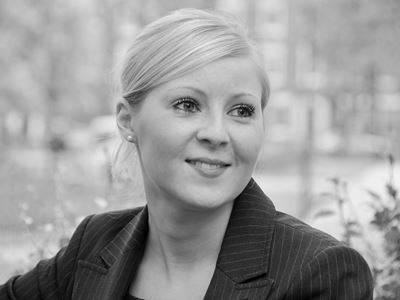 Opening up the virtual doors of remote inquests … (or making in-person attendance in court more likely?)

By Peter Merchant, Will Pickles