A recent decision of the High Court in the case of Negus makes clear that when obtaining informed consent from a patient for a surgical procedure, there is no requirement for the surgeon to discuss highly technical intra-operative decision making.

In Negus (1) Bambridge (2) v Guy’s & St Thomas’ NHS Foundation Trust [2021] EWHC 643 (QB) Mrs Neill underwent aortic valve replacement surgery in 2014. During surgery, a 19mm mechanical valve was implanted. Subsequently, Mrs Neill suffered with patient-prosthetic mismatch and had to undergo revision surgery which was carried out in 2015. During the revision surgery, Mrs Neill required an aortic root enlargement (“ARE”) procedure and had a larger 23mm valve inserted.

Mrs Neill experienced difficulties during the procedure as well as post-operative complications. Her condition following the surgery deteriorated, and sadly she died of heart failure on 29 January 2020.

Mrs Neill originally pursued a claim for negligence against the Trust. This was taken over by the executors of her estate following her death.

The substance of the Claimant’s case was that Mrs Neill’s revision operation and subsequent deterioration and death would have been avoided had an ARE procedure been performed during the primary surgery in 2014, and a larger valve implanted at that stage. There were four questions the Court had to consider:

1. Whether it was negligent to implant a 19mm valve during the primary surgery;

2. Alternatively, if not negligent, whether there was a negligent failure to explain, as part of the consent process, that the largest possible valve should be implanted to avoid the risk of cardiac dysfunction (although this would involve an ARE, which was more complicated and involved higher risk), and if so, whether Mrs Neill would have opted to proceed with an ARE;

3. If an attempt had been made to implant a larger valve, whether Mrs Neill would have suffered the same complications she did in the subsequent surgery in 2015; and

4. Whether the failure to implant the 23mm valve caused the cardiac dysfunction requiring re-do surgery on 2015, with the associated complications and subsequent death of Mrs Neill.

The Decision on Consent

It was ultimately held by the High Court that there was no breach of duty by the treating surgeon for implanting a 19mm valve during the primary surgery (1. above). The Court concluded that the decision to do so was in accordance with what a reasonable body of surgeons might do, and had a logical basis, and therefore no liability attached.

In considering the second issue of consent, the Court noted that the test as laid down in Montgomery would apply. However, the Court also noted that both the Claimant and Defendant experts were in agreement that it would not be standard practice to discuss with a patient the precise size of the valve that would be implanted, or that there might be a risk of patient-prosthetic mismatch. The experts confirmed that this was largely because these were matters which could only be decided during the surgery, but also because these were technical issues which most patients could not reasonably be expected to grasp (in line with the guidance given in Montgomery). However, the Claimants were able to identify that the treating Consultant, during the consent process, did not warn Mrs Neill of the possibility that ARE may become necessary, and therefore failed to advise her of the associated risks.

In determining whether the failure to mention ARE amounted to a breach of duty, the High Court took into careful consideration Mrs Neill’s professional and medical history. The Court felt that in this particular case, there were certain unusual features which should be considered when determining what was a ‘material’ risk in this case. The Court specifically noted that Mrs Neill was a qualified nurse who had previously undergone several surgeries. As such, they considered that she might reasonably be seen as someone with a greater appreciation of the risks / benefits of surgical choices than most. The Court also noted that the Deceased’s body type and weight was likely to give rise to a mismatch, and also that the treating Consultant had given clear evidence that he was aware, and had in mind, the potential need for an ARE at the time of obtaining consent.

Accounting for all of the above, the High Court found that the Consultant did in fact have a duty to warn Mrs Neill of the risk that ARE might become necessary. However, the Court made clear that the Consultant’s duty was limited to this one issue, and the Court was not prepared to accept that the duty extended to an obligation to provide Mrs Neill with the various possible choices that would need to made intra-operatively. The Court held that these were decisions that could only be properly determined by the surgeon at the relevant time, and was not a choice of treatment. The decision as to whether or not to perform an ARE involved highly technical decision making, requiring a specialist-level of understanding and experience. The Court made clear that it was not a simple matter of determining what size valve to use. This had to be balanced against whether an ARE should be performed to allow a larger implant to be placed. The surgeon therefore would have to exercise judgement at various stages of the surgery to determine what choices were open to him to achieve the best outcome for Mrs Neill. Therefore, it would be false to represent this as a simple or bilinear choice of treatment that the patient could reasonably be involved with.

Addressing causation, the Court rejected the Claimant’s assertion that Mrs Neill would have acted any differently, or made different decisions regarding her surgery, had she been provided with all of the above information. The Court held that there was no evidential basis to reach this conclusion.

This case offers further clarity following the decision in Montgomery. In the former, it was made crystal clear that doctors should not simply bombard their patients with “technical information that they could not reasonable be expected to grasp”. Negus shows that notwithstanding this, information still needs to be provided where the patient is capable of understanding that information, and that the statement from Montgomery is not a loophole to avoid discussions of technical matters, reasonable alternatives, or issues which may arise intra-operatively. It does however put a limit on those issues and suggests that highly technical matters, which concern issues that realistically can only be made intra-operatively, go beyond the scope of consent, even where a patient may have more of an understanding of those issues than most.   This decision should therefore be welcomed by healthcare providers and their insurers.

For any further information about consent or this case generally, please contact our medical malpractice experts on the further details below. 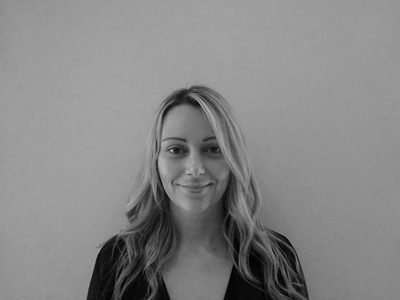