28 June 2022 sees the introduction into UK law of the offence of "causing serious injury by careless driving". This will mean that drivers who may previously have been punished by a fine and points on their licence for careless driving which caused serious injury, are now facing the very real prospect of a prison sentence and a lengthy disqualification from driving. This will have profound consequences not just for drivers, but their employers and their motor insurers.

All drivers are judged to the standard of a “competent and careful driver” (s3ZA of the Road Traffic Act 1988), regardless of their age, experience or any additional driving qualifications that they may have. If their driving falls below this standard they will have committed an offence. The offence they will have committed will be determined by how far below the standard they have fallen.

Driving which falls below the required standard is careless driving. Momentary inattention, lack of concentration or avoidable distraction can amount to a driver being guilty of careless driving.

A driver who drove dangerously and caused serious injury to another person would be guilty of causing serious injury by dangerous driving. This offence carries a maximum of 5 years’ imprisonment at the Crown Court and a minimum 2 years’ disqualification from driving, An extended retest is mandatory following conviction for this offence.

There was a perception held by some, including many road safety organisations, that a lacuna in the law existed when it came to punishing drivers who caused serious injury to others when their driving was careless as opposed to dangerous. This has now been addressed through the introduction of the offence of causing serious injury by careless driving, which formed part of the Police Crime and Sentencing Act 2022 that received royal assent in April 2022.

Prior to the introduction of this offence, a driver who drove carelessly and caused serious injury to someone could have expected to be prosecuted for an offence of careless driving. When it came to sentence for that offence, while the Magistrates would have been entitled to treat any injuries caused as an aggravating feature, if they concluded that serious injury had been caused but the driver’s culpability was relatively low then the driver could expect to receive 5-6 points on their licence and a fine.

The new offence will mean that the consequences of a driver’s actions will determine their sentence to a far greater extent than their culpability. The new offence can be dealt with in either the Magistrates’ Court or the Crown Court and carries a maximum sentence of 2 years’ imprisonment in the Crown Court (12 months in the Magistrates’ Court) as well as a mandatory disqualification from driving. Now, in cases where a driver may be guilty of nothing more than a brief lapse in concentration they will be at risk of a custodial sentence if that lapse has led to serious injury being caused.

It is to be noted that “serious injury” means “really serious bodily harm” and this includes a wide range of injuries, from life changing injuries to broken bones where a full recovery can be expected.

What will be the outcome?

It has long been the case that a breach of the Highway Code can be used as evidence of a driver’s careless driving and these hierarchal changes are likely to mean a greater number of prosecutions in cases where a driver may be considered to be in breach of the Code.

There will not be any statutory time limit to bring a prosecution for an offence of causing serious injury by careless driving, unlike careless driving which has a six month time limit. Police investigations are therefore likely to be increasingly protracted, which will be distressing for drivers and victims alike.

It is also anticipated that far more defendants will be electing trial at the Crown Court for this offence, rather than consenting to be tried by the Magistrates’ Court, due to the widely held perception that sentencing in the Magistrates’ Court can be erratic and overly punitive. A greater number of defendants electing trial at the Crown Court will add to what is already an overworked and creaking system.

What can you do?

It is important for an employer to consider all aspects of their employees driving to mitigate the risk of them driving either carelessly or dangerously. This can include considering mobile phone policy because even using a phone on a hands-free kit could be considered to be an avoidable distraction, and journey planning to ensure that employees are taking adequate breaks.

The importance of ensuring drivers receive timely legal representation cannot be overstated. A driver’s legal interests need to be protected from the very moment that they are involved in a road traffic collision and this is not only relevant to the criminal investigation, but also in assisting motor insurers and their advisers in respect of any civil claim that is likely to follow.

For more information or advice, please contact one of our experts in our Criminal Motor Defence Team. 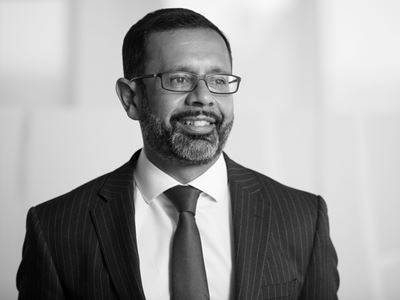