The first instance decision of this case attracted a lot of attention in the dental community, when it dealt with the preliminary issue of whether the Defendant (a non-treating Practice Owner) owed a non-delegable duty (NDD) to the Claimant and/or was vicariously liable (VL) for the treatment provided by the Associate Dentists he engaged. At first instance, the Judge found for the Claimant on both counts on the basis of the factors outlined in Woodland in relation to NDD, and Christian Brothers/Cox and Barclays in relation to VL. This was appealed by the Defendant and the Court of Appeal’s judgment (which can be accessed here) was handed down on 4 February 2022. While the appeal of the finding of a NDD was unsuccessful, the Court of Appeal found for the Appellant Practice Owner on the issue of vicarious liability.

In the leading judgment, Lord Justice Bean noted that there was nothing in the Woodland decision to suggest that the term “patient” (referred to in the first factor of Woodland) could not be “rewritten as though the Claimant had to be within a subset of especially vulnerable patients in order to qualify”. As such a “patient” must include anyone receiving treatment from a dentist. As to the necessary antecedent relationship (required by the second factor in Woodland), Lord Justice Bean confirmed that the Personal Dental Treatment Plan signed in advance of each NHS treatment session (as required by the General Dental Services Contract (GDS) with the PTC) placed the Claimant in the actual care of the Defendant, not because he was a dentist himself but because he was the owner of the Practice. It would have done likewise if the Practice had been run by a company or owned by a partnership. As to the element of control (the third factor in Woodland), Lord Justice Bean rejected the Appellant’s argument that the fact that each Associate had complete clinical control when performing treatment on the Respondent meant her interactions with the Practice were “entirely administrative”. Lord Justice Bean made no distinction between a hospital patient and a dental patient, who could at least express a preference as to which Associate Dentist they were treated by. He found that the Respondent had no control over how the Appellant chose to perform his obligations, whether personally or though employees or third parties.

Ultimately it was found that the Respondent was a patient of the Practice “not just in layman’s language but as a matter of law” based on the Personal Dental Treatment Plan, the GDS contract, and the Associate Agreements, which described the patients as “patients of the practice” and placed stringent restrictive covenants prohibiting Associate Dentists from treating patients of the practice in the preceding 12 months, whether or not the individual Associate Dentist had ever treated, spoken to or even met that patient.

Lord Justice Bean accepted the Respondent’s argument that the first instance Judge failed to take into account, or failed to give appropriate weight to, the fact that the Associate Dentists were working in and for their own independent businesses at their own risk of profit or loss rather than in and for the Defendant’s business. He found that although the relationship between the Appellant and the Associate Dentists was closer to the “akin to employment” line than that between Barclays and Dr Bates, the test for VL was not met.

He took into account the following factors, the first two being the most significant:

While it was acknowledged that there were factors pointing towards a relationship “akin to employment”, such as the fact that the opening hours were outside the Associate Dentists’ control and they were required to follow the practice policies, on balance, it was felt that the these factors did not outweigh those listed above.

In some respects, both conclusions are surprising although those reached on VL are to be welcomed.

In Woodland Lord Sumption made it clear that the imposition of a NDD was an exception, and the exception must not be allowed to eat up the rule. We question whether it can be said to be fair just and reasonable to impose a NDD where the claimant is a patient but not one who is particularly vulnerable or dependent on the protection of the defendant from the risk of injury.

Nonetheless, any finding of NDD or  VL will continue to be fact specific. For example, a practice providing wholly private treatment may not necessarily meet the test for the imposition of a NDD in the circumstances where a Claimant does not have the GDS contract or a Personal Dental Treatment Plan to rely on in support of the assertion that he/she is a patient of the practice. Likewise, VL may be found in cases where the Associate Dentists are prevented from working at other practices and/or are required to work a set number of hours.

Perhaps unsurprisingly, both Dental Protection (DPL) and The Dental Law Partnership (TDLP) are heralding the judgment as a win for their respective clients. The split decision however means there remains scope for the issues to continue through the appeals process.  In the meantime, healthcare providers that work with independent contractors should continue to review their contractual agreements and practising privileges policies in light of this judgment, and ensure that they continue to have appropriate contractual protection in the event that claims for VL and NDD continue to be made against providers and practice owners. 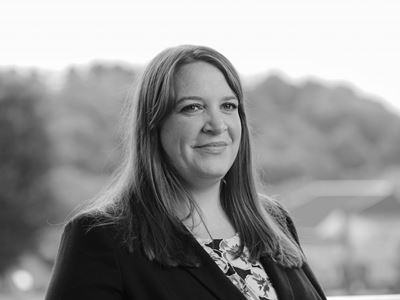