The ECA, designed to make it easier and quicker to impose sanctions and identify and trace illicit wealth, received royal assent on 15 March 2022. The ECA introduces new provisions relating to:

In this third of a series of three notes which will cover the changes introduced by the ECA in all three of these areas, we are focusing on the provisions of the ECA relating to Unexplained Wealth Orders (UWOs).

You can find our first and second notes regarding the changes to the sanctions regime here: Part 1 & Part 2.

UWOs became a tool available to UK enforcement authorities in January 2018. Introduced by the Criminal Finances Act 2017, they extended the powers available under the Proceeds of Crime Act 2002 (POCA 2002) and require individuals to declare the nature and extent of their interest in certain assets and to explain how they obtained such an interest. Those that cannot prove that the assets were acquired using legitimate sources of income run the risk of those assets being seized by the authorities and ‘recovered’ under the Civil Recovery powers in part 5 of POCA 2002. UWOs were controversial when implemented because they effectively reversed the burden of proof – it was for the subject of the application to prove the asset was obtained using legitimate sources of income, not for the applicant to demonstrate that the source of income was illegitimate.

A ‘responsible officer’ could be a director of the respondent entity, a member of the board, any manager or secretary or any partner in the case of an LLP or partnership. It may also be a person outside the United Kingdom. These changes are aimed at seeking to pierce the corporate veil and ‘look behind’ complex ownership structures by creating an obligation on a specific individual as opposed to an entity itself with the failure by the ‘responsible officer’ to respond to the order or to provide adequate information leading to the property owned by the entity being susceptible to seizure and recovery.

Under the current legislation, authorities that obtain UWOs have 60 days from the date of purported compliance by the respondent to ‘determine what enforcement or investigatory proceedings, if any, it considers ought to be taken in relation to the property’, thereby benefitting from an ‘interim freezing order’ which prohibits the respondent and any other person with an interest in the property, from dealing with the property (subject to certain exclusions).

Now, however, the authorities can have up to 186 days to consider what further steps to take, although additional time beyond the 60 day period is subject to the authority successfully applying for an extension which will require the authority to show that they are acting diligently and expeditiously and that it is reasonable in all the circumstances for the period to be extended.

Limits on orders for costs against enforcement authorities

Perhaps the most significant of all the changes contained in the ECA is the significant raising of the bar for respondent’s to obtain costs orders where they have been successful in whole or in part in response to a UWO application. Now, a respondent can only obtain their costs if it can show the authority acted unreasonably in making an application for a UWO (or a number of related applications, such as opposing an application to vary an order) or the respondent can show the authority acted dishonestly or improperly in the course of the proceedings.

This, above all other changes, is expected to give impetus to the enforcement authorities pursuing UWOs. Previously, enforcement authorities, have been hit hard in the pocket after being on the receiving end of successful challenges to UWOs. For example, in July 2020, it was reported that the National Crime Agency (“NCA”) was on the receiving end of a hefty costs bill after a challenge to a UWO by the respondents led the High Court to conclude that a number of assertions made by the NCA including that London property worth up to £80m and owned through offshore corporate structures were in fact owned by Kazakh politician Rakhat Aliyev (who died in an Austrian prison in 2015 while awaiting trial for the murder of two bankers in Kazakhstan) were “mistaken” and “unreliable” assumptions. This led to the discharge of the order and the NCA was ordered to pay the respondents’ costs of approximately £1.5m (not to mention its own costs).

In a fact sheet issued last month, outlining the amendments, the UK government asked itself:

Will these reforms increase the number of UWOs?

The answer is perhaps predictably non-committal, the Government instead choosing too highlight that there are a number of ‘operational variables’ that can impact the decision to obtain a UWO. However, with only four UWOs having been obtained since their introduction four years ago, the NCA and others will certainly be looking to take advantage of these amendments in order to increase this strike-rate. Bearing in mind the context in which the ECA has been fast-tracked and ‘elicit wealth’ in the UK being pushed again to the top of the news agenda, it will – we would suggest – be seen as a failure if activity in this area is not increased significantly. 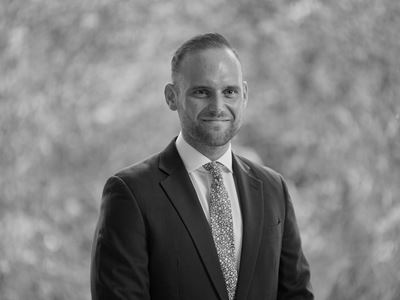 The ECA, designed to make it easier and quicker to impose sanctions and identify and trace illicit wealth, received royal assent on 15 March 2022…