For football fans, including those of us defending medical-malpractice claims, it is sometimes difficult not to get misty-eyed about what could have been when watching Match of the Day, even when one’s career highlights extend simply to scoring the winning goal in an Under 15s fixture on a wet Saturday morning in the local park. This sense of nostalgia is even more pronounced for those young men and women who, despite an abundance of talent and an affiliation to a professional football club, do not realise their dream of ‘making it’. For every Phil Foden, there are numerous other youngsters who will be released from the Manchester City's of this world, destined to ply their trade at a lower level, or give up the game completely.

We are frequently appointed to defend medical malpractice claims brought by a professional sportsperson.  How do we value future loss of earnings, most of which often raises issues of hypothetical potential and possibilities?  What happens when someone’s dreams of top flight football are dashed by an alleged negligent treatment? In this article we look at the decision in Owen v. Swansea City Association Football Club [2021] EWHC 1539 (QB) and discuss the sorts of things to consider when confronted with a claim for loss of earnings as a professional sportsperson.

Gareth Owen was a goalkeeper with Swansea City FC when he sustained an injury to his right wrist during a training session in January 2015. Mr Owen’s case, in brief, was that there was a failure by the club’s physiotherapist to make an appropriate referral for investigation of his injury. It was said that this led to the injury worsening to the extent that Mr Owen was left with permanent symptoms. He left the club in June 2016 and no longer plays football, although he is now a coach. Mr Owen’s case was that he was a promising young goalkeeper and that but for the alleged negligence, he would have gone on to play professional football in leagues up to, and including, the Championship (i.e. the level below the Premier League). The pleaded value of the claim was between £2 and £2.5 million, reflecting the sort of earnings that can still be earned by footballers playing beneath the top of the football pyramid. The club’s case, on the other hand, was that Mr Owen did not have the requisite ability to secure that sort of playing career.

Whilst the judgment of the High Court only concerned an appeal of a Master’s case management decision as to the extent of expert evidence required to address quantum, it nevertheless helps in understanding the type of evidence that is required when it comes to predicting a sportsperson’s likely trajectory in the future.

The appeal was granted by Mr Justice Bourne for the following reasons:

As those practising in this field will know, predicting anyone’s professional trajectory, let alone a young footballer’s, is fraught with difficulty and uncertainty. Whilst accountancy and sports agent expert evidence clearly has a role to play (as per Owen) in establishing, from a statistical perspective, more specific potential earnings in claims involving sportspersons (and our wide experience of dealing with these sorts of cases would support this), the reality is that a Claimant’s case on quantum will only be as strong as the evidence as to ability. It is trite to say that elevating expert evidence from a sports agent dealing mainly with statistical analysis above that of lay witness evidence from a former manager or coach, for example, would be putting the cart before the horse.

Perhaps the best example of the primacy of such lay witness evidence (and other evidence as to ability) is the case of Collett v. Smith and Middlesbrough Football Club [2008] EWHC 1962 (QB), in which DAC Beachcroft were instructed. Ben Collett was playing in a reserve fixture for Manchester United Football Club when he sustained a broken leg as a result of a dangerous, and negligent, tackle by an opponent. Mr Collett was only 18 years old at the time and never regained his former ability, ultimately giving up professional football two or three years later. Mr Collett was eventually awarded approximately £4.3 million in total loss of earnings (including approximately £3.85 million for future loss of earnings, a figure that was upheld by the Court of Appeal ([2009] EWCA Civ 583)), on the basis that but for his injuries he would have spent his career playing at the highest level; loss of earnings were assessed on the basis that he would have spent a proportion of his career playing in the Premier League. Persuasive witness evidence as to his ability was adduced on Mr Collett’s behalf by a host of prominent people, including the former Manager of Manchester United, Sir Alex Ferguson, and former Manchester United captain, Gary Neville (85 caps for England). For Mr Collett, the old adage that “form is temporary, class is permanent” really did apply, but, importantly, this was demonstrated to the Judge by careful preparation of the evidence.

Collett perhaps best exemplifies the fact that whilst a statistical analysis of sportspersons’ earnings is useful (and following Owen is likely to become commonplace, if it is not already), it cannot be viewed in a vacuum. For those defending similar claims including a claim for loss of earnings as a professional sportsperson in any sport, it will be important to scrutinise the evidence closely to ensure that any statistical analysis as to earnings is supported by the evidence as to ability, whether from lay witnesses or experts in that particular field. 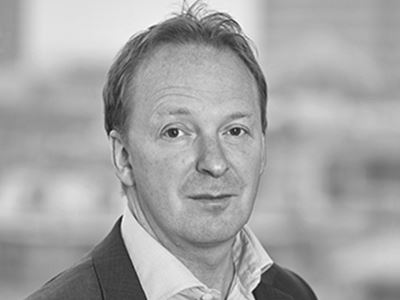 The last-minute change of plan: How courts are no longer easing the path for late amendments

Covert Medication – Guidance from the Court of Protection