COP26 Day 8: All eyes on loss and damage - the UK has its sights on setting the pace - DAC Beachcroft

COP26 Day 8: All eyes on loss and damage - the UK has its sights on setting the pace

Yesterday COP26 turned its attention to adaptation, loss and damage but there was no flurry of grand announcements or new pledges. This was indicative of the tensions behind the scenes as this is one of the most sensitive topics for developing nations.

They arrived at COP26 already unhappy about the failure of the developed world – which they blame for climate change – to deliver on a promise made in 2010 to provide US$100bn a year to help them mitigate and adapt, and transition to a low carbon economy. So far, little has been added to that pot and the date by which the original target might be reached has been pushed back to 2022 or 2023.

This has prompted upset among many, notably Bolivia’s chief negotiator, Diego Pacheco Balanza. He described rich countries’ refusal to discuss loss and damage as “diplomatic bullying” and said there has been a systematic attempt by developed countries to remove all discussion about compensation and direct climate finance from the negotiations.

Other nations have made their point more subtly with one of the iconic images from COP26 likely to be Tuvalu's foreign minister Simon Kofe giving an online speech standing knee-deep in seawater to show how his low-lying Pacific island nation is on the front line of climate change.

Money talks and the talks about money will go on until the last minute and it will be surprising if by the close of COP26 some progress is not made on this headline grabbing issue.

It is not however just developing nations that want more action on adaptation, loss and damage to be agreed in Glasgow.

Andy Bord, CEO of Flood Re, called yesterday for increased focus on adaptation measures to cope with climate change.

In an interview with Insurance Post he said: “The reality is we are living with those extreme weather events at the moment and they are going to continue,” noting that the higher severity and frequency of weather events was “a consequence of the climate change that is already in the system”.

He said too many opportunities to create greater resilience are being lost after severe flooding events, not just in the UK.

“We need to see continued investment in flood defences and in maintenance. We need to see that when flooding does take place – and I know I can sound a bit like a broken record – we build back better. It is really important.

“We cannot as an insurance industry continue to have a situation where after a flood we put people back in the same position that they were before.” Instead, he argued, there needs to be raised levels of protection within buildings as part of the defence against future floods.

The UK government made strenuous attempts in the discussions to get firmer commitments on these issues but so far appears to have failed. Instead, it published a discussion paper, laced with caveats about it not being government or UN policy. This sets expectations of additional commitments from the insurance industry.

It acknowledges that there is no globally agreed definition of loss and damage from climate change but suggests it covers climate impacts which occur despite efforts to mitigate or adapt to climate change. It sets out proposals for comprehensive risk assessment and management, new risk insurance facilities, climate risk pooling and other insurance solutions, alongside a greater emphasis on creating resilience for communities, livelihoods and ecosystems

“We are working with partners to develop innovative financial protection measures such as forecast based financing, index based risk insurance pools and contingent credit. We are also working to help develop markets for private sector disaster risk responses”, says the paper.  This provides a flavour of the level of involvement it expects from insurers.

The full discussion paper can be found here. 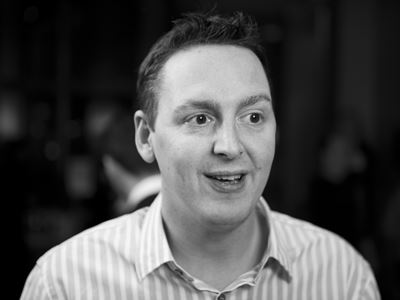