In a recent High Court decision (Altera Voyageur Production Ltd v Premier Oil E&P UK Ltd [2020] EWHC 1891 (Comm)), the court held that worked examples (included as an illustration of how the sums due under the agreement should be calculated) set out in an appendix to an agreement formed an integral part of the agreement, and took precedence in the event of a conflict with the narrative for the calculation set out in the main body of the agreement. Accordingly, the court held that the sums due should be calculated as per the worked examples.

The case was brought by the claimant vessel operator (Claimant) for a claim of just over USD 12 million (plus contractual interest) from the defendant oil exploration company (Defendant) by way of adjusted hire for the floating production, storage and offloading vessel. The Defendant disputed the claim and also made a counterclaim for approximately USD 3.8 million by way of overpaid hire charges.

The dispute between the parties was a question of the construction of the contractual terms, and the sole question for the court was to correctly interpret the formula included in the agreement for the payment of the hire charges. The formula consisted of a narrative (in the main body of the agreement) and two worked examples (set out in the appendix). However, the two worked examples contained two extra steps which were not set out expressly in the preceding narrative.

The Defendant argued that the narrative in the agreement should take precedence on the basis that the Claimant’s interpretation produced a result which was inconsistent, not only with the preceding narrative, but also with the other terms set out in the agreement, and with commercial common sense.

However, the court granted judgment in favour of the Claimant on the basis that although each worked example contained a step that was not set out expressly in the narrative, the hire charges were to be calculated by following the steps in the worked examples rather than by reference to the narrative in the main body of the agreement.

How does this impact the negotiation of payment schedules in the NHS?

We quite often see commissioners and providers include worked examples, alongside the narrative, in payment schedules to demonstrate how payments due under the contract should be calculated. This is particularly common where the contract contains a complex payment mechanism, as worked examples are a useful illustration to help clarify the intention of the parties.

The NHS Standard Contract for clinical services (which must be used by NHS commissioners when contracting for NHS-funded healthcare services) contains detailed arrangements for invoicing, payment and financial reconciliation in the Service Conditions (which are mandatory and cannot be amended). The locally agreed details in relation to the payment mechanism (e.g. any worked examples) should be recorded in Schedule 3A, which is the relevant schedule for recording local prices agreed between the parties, including details of the basis on which payment is to be made (that is, whether (and if so how) dependent on activity, quality or outcomes, or a block payment), the prices agreed for the first contract year, as well as prices and/or any agreed regime for adjustment of prices for the second and any subsequent contract years.

In addition to the NHS Standard Contract, it is generally standard practice to include worked examples as part of the payment mechanism for other complex health sector agreements, such as agreements for the provision of pathology services and managed equipment services, e.g. to deal with elements such as the calculation of service payments and service credits, or equipment downtime.

When considering the interpretation of contractual terms, the court will rely on a number of factors to assist it with establishing, objectively, the intention of the parties, including looking at both the language of the clause and the commercial context in which it was drafted. Whilst there is not an abundance of case law relating to the status of worked examples, the Altera case does illustrate the crucial importance of worked examples and the power that they can have. With this in mind, both commissioners and providers should be mindful of the following points when drafting their payment mechanisms:

When drafting and negotiating contracts, both commissioners and providers should be mindful of the guidance issued by the NHS in response to the Covid-19 pandemic, in particular, the letter issued by Sir Simon Stevens and Amanda Pritchard on 31 July 2020 dealing with the third phase of the NHS response to Covid-19.

If you would like to discuss any of the issues we have raised in this note, please contact Hamza Drabu or Louise Kane. 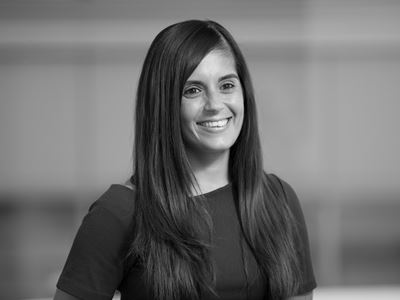