On 18 September 2020, and in response to queries from cannabis companies interested in listing in the UK, the UK Financial Conduct Authority (FCA) – which has responsibility for the UK Official List – set out its approach to assessing such applications. The FCA also announced that its statement is pending a guidance consultation which will follow in due course.

Although medical cannabis was legalised in the UK in 2018, there has remained concern that dividends and other payments received by investors from overseas medical cannabis businesses could amount to "criminal property" for the purposes of the UK Proceeds of Crime Act 2002 (POCA), even where that overseas business is duly licensed in its home jurisdiction. This is because, under POCA, a dividend or other payment would be "criminal property" if the activity giving rise to it, even if lawful in the overseas company's home jurisdiction, would not have been lawful had it been carried on in the UK. The FCA noted that if a pharmaceutical company supplied cannabis in the UK without appropriate Home Office licences, it would be committing an offence; and that it cannot be assumed that someone licensed overseas would receive a licence in the UK as licensing regimes differ as between countries.

Possessing and supplying cannabis for recreational use remains a criminal offence in the UK.

The proceeds from recreational cannabis companies, even when they are located in those jurisdictions that have legalised it, are proceeds of crime under POCA. The FCA would therefore not admit the securities of such a company to the Official List.

UK-based medicinal cannabis companies can be admitted to the Official List, if the company has the appropriate Home Office licences for their activities where they are required.

The FCA regards overseas-licensed medicinal cannabis companies and cannabis oil companies as being in a different position. These companies may be admitted to the Official List, provided the FCA is satisfied POCA does not apply and they otherwise satisfy the criteria for listing. Before they are admitted, the FCA will carry out a review of their case where the FCA will need to be satisfied as to the POCA risk. For medicinal cannabis and cannabis oil companies with overseas activities, the company will need to satisfy the FCA that their activities would be legal if carried out in the UK. The FCA will also need to understand the legal basis of the company’s overseas activities, for example the nature of the local licensing and the licences the company holds.

The FCA's statement is to be welcomed for providing greater clarity in an area which has caused difficulties for companies and their advisers alike. It is to be hoped that this will now allow a number of funding projects to move forward which have been paused or postponed whilst these issues have been considered by the FCA.

Likewise, we agree with the FCA that it is clear that UK-based companies with the appropriate licences can be listed.

In our view, the approach on overseas medical cannabis and cannabis oil companies is also sensible, given the limited room for manoeuvre available to the FCA as a result of the broad scope of POCA. Based on our experience, we would expect significant due diligence around the licensing of such companies and their status under POCA as a matter of course. Issues may continue to arise for companies in certain jurisdictions where they are allowed to operate, lawfully, both medical and recreational businesses, as the mingling of funds may cause such a company to be treated as "recreational".

The FCA's guidance is directed only at companies seeking to list on the UK Main Market. However, we would expect both the AIM and Aquis markets to adopt the same approach.

The FCA's statement does not consider the position of CBD/wellness companies. For the time being, we would expect the FCA to take a similar approach to these companies as to medical cannabis companies. Careful thought would again need to be given to the legal position of overseas CBD-related activities, especially in light of possible changes to the way in which CBD might be treated within the European Union following recent developments. 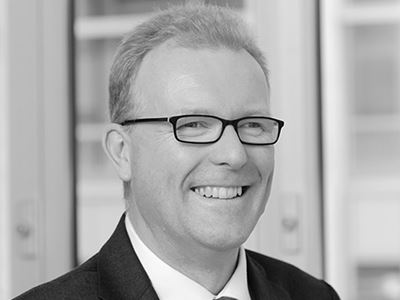