Until recently it was generally considered enough for an insurer to defeat a suspicious claim.  Today the world is very different and insurers are becoming ever more pro-active in pursuing the dishonest and the fraudulent.

In Dalton Sharpe v Allianz Insurance Plc recently heard by District Judge Wright in the Skipton County Court, the claimant found himself unable to walk away from a claim when Allianz instructed DAC Beachcroft to pursue allegations of fundamental dishonesty notwithstanding that the claim had been struck out.

The claim arose out of a road traffic collision in which the claimant asserted that his vehicle had been struck in the rear by the defendant’s insured.  Liability was conceded at an early stage, the only remaining issues being causation and quantum.

The claimant’s solicitors completed a Claims Notification Form in which it was alleged that the claimant had suffered shoulder and back injuries.  The claimant’s medical examination took place 5 weeks after the accident and he told the doctor that he was aware of pain to his right shoulder and lower back within 2 days of the accident as he had suffered travel anxiety which resolved one week from the date of the accident.  Although he hadn’t sought medical treatment from his GP, the claimant complained of pain during his examination and the report recorded a 10% restriction of movement to the back.  The medical expert therefore suggested a six month soft tissue injury to the right shoulder and lower back.

However, the claim as presented set alarm bells ringing: the differences between it and what was already known were stark with the account contradicting those provided to Allianz and to the claimant’s own insurers.

In the light of this evidence, Allianz instructed DAC Beachcroft, the case being handled by Inderjit Khera of the Motor Fraud team.  The defence alleged fundamental dishonesty on the part of the claimant, expressly referring to the contradictions in the accounts given by him.

After disclosure the claimant’s solicitors ceased to act for him and came off record.  The claimant failed to respond to subsequent correspondence and ultimately the claim was struck out due to their failure to pay the hearing fee.

It would have been easy to take the win but Allianz were firm in wanting to pursue the claimant for the costs that had been incurred and instructed DAC Beachcroft to pursue the allegations of fundamental dishonesty and to seek an order that the claimant pay the costs of the action.

Having been served with the application, the claimant confirmed he would not be attending the hearing at which the defendants were represented by Mr Alex Poole, counsel, of Deans Court Chambers.

The court made the finding of fundamental dishonesty that had been sought and permission was given to enforce the costs order against the claimant which were summarily assessed on the indemnity basis at £7846.45.

Commenting on the outcome, DAC Beachcroft Partner Georgia Court said “This is another excellent result for our counter-fraud team.  The finding of fundamental dishonesty in this case shows the value of not just accepting the win and leaving it at that.  The determination of Allianz to press the point has brought about a significant recovery of costs”

James Burge, Fraud Manager at Allianz Insurance said ‘This is yet another example of our true commitment to fighting insurance fraud and protecting our genuine customer’s interests.  We are thrilled to have achieved a finding of Fundamental Dishonesty against this individual, which is great result from our highly skilled fraud team and all of those involved at DACB.”

The case provides a good example of the benefits that can be secured by not just taking the win.  Claims litigation is not just about winning: it’s far more than that.

For further details or to discuss the issues raised in the alert please contact: 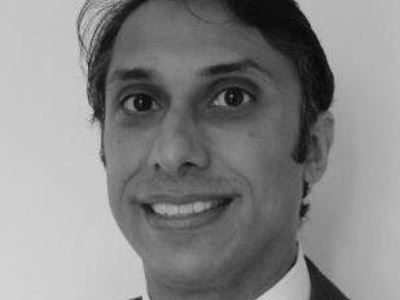