Prevention of Future Deaths Reports (PFDs) made by coroners to address concerns arising from inquests can provide powerful leverage for change, although the reality is that health and social care organisations would generally rather avoid a PFD if possible because they also highlight - in a very public way - concerns about how their services operate which can, in turn, lead to further regulatory scrutiny, principally from the CQC.

The need for more consistency in terms of thresholds for making PFDs and the form these take, plus the Chief Coroner’s strong commitment to ensuring that PFDs do what they are designed to do - i.e. harness learning from deaths - have been key drivers behind a recent re-vamping of the existing Chief Coroner’s guidance note on this.

What do health and social care organisations need to know about the revised PFD guidance? In this briefing, we look in more detail about what’s changed (and what hasn’t).

The law on Prevention of Future Deaths Reports is unchanged by the revised guidance - i.e. coroners must issue a PFD report to any person or organisation where, in the opinion of the coroner, action should be taken to prevent future deaths. As before, PFDs need not be restricted to matters which were causative (or potentially causative) of the death in question and the coroner’s function is still to identify areas of concern, not to prescribe specific solutions.

Timelines are also unchanged, with coroners expected to send PFDs within 10 working days of an inquest concluding and PFD recipients having 56 days to provide a written response.

The template to be used by coroners when making PFDs (at Annex A, as before) remains largely unchanged, although the guidance now also refers to a template to be used by recipients of PFDs when providing their response. A copy of this response template is not annexed to the guidance itself and will presumably therefore be provided to PFD recipients directly when a PFD report is sent.

As before, all PFDs must be copied to the Chief Coroner and to interested persons, as well as routinely being sent to other organisations so that wider lessons can be learnt, including DHSC and CQC plus, in the revised version, HSIB.

What are the key changes?

Running throughout the revised guidance is an increased focus on the underlying purpose of PFDs, which is to learn lessons from deaths. It describes PFDs as being ‘vitally important if society is to learn from deaths’ and reminds coroners that PFDs should not contain a detailed rehearsal of the facts of the death but, rather, are ‘about learning’.

Although the revised guidance is at pains to point out that PFDs are ‘not intended as a punishment’, the reality is that health and social care organisations will be keen to avoid a PFD where possible. The best way to achieve this is to provide robust evidence that actions have already been taken (or will be taken within a clear timeframe) to address any concerns, but what impact this has on the chances of getting a PFD in a particular case can be hard to predict. This is one of several potentially thorny areas of PFD decision-making which the revised guidance seeks to grapple with, including:

• Is a PFD needed where remedial actions have already been taken or are underway? The revised guidance contains much more detail about what happens if the proposed recipient of a PFD has already taken action or has clear plans to take action to reduce the risk of future deaths. It advises coroners that, when considering whether to make a PFD, they should focus on the current position (generally, the position as at the end of the inquest), meaning that if a potential PFD recipient has already implemented appropriate action to reduce the risk of future fatalities, the coroner ‘may not need to make a report to that body’, albeit that a report to a relevant national organisation to highlight the issues more widely may still be appropriate. Where proposed actions have not yet been fully implemented (e.g. actions are still ongoing or will be decided on in the near future), the revised guidance says that relevant factors for coroners to consider will include the nature of the commitment to take action and any evidence to support it, plus the coroner’s assessment of the organisation’s understanding of and commitment to addressing the concern raised. This aspect of the revised guidance may help to avoid PFDs being made unnecessarily and is likely to be welcomed by those who may previously have experienced the frustration of receiving a PFD despite having already implemented or having a clear plan to implement the actions needed.

• What’s the impact of local trends? Another key change in the revised guidance relates to the importance of local context when coroners are considering whether to make a PFD report. Specifically, it says that coroners may be assisted by taking into consideration ‘local trends’, as well as any other PFDs issued to that individual or organisation. If it is not the first time a particular concern has been flagged with an organisation and/or if they have been slow to implement change previously, a coroner may therefore be more likely to issue a PFD in the current case.

• What about PFDs relating to issues not explored at inquest? Although it remains the case that PFDs do not have to relate to matters which were causative (or potentially causative) of the death in question, the revised guidance helpfully highlights that coroners should not be drawn into issuing PFDs about matters that have not been explored properly at inquest or investigation. The example given is of a case involving an operation which has resulted in death where the coroner hears evidence from the surgeon about learning which could improve surgical outcomes, where bringing this to Trust, regional or national attention by way of a PFD may be ‘entirely proper’ but, if a witness mentioned in passing that discoveries had been made about different operations not explored at inquest, the coroner should be ‘circumspect’ about reporting on those.

• How do you challenge a PFD? The revised guidance reflects existing caselaw by explaining that, once a coroner sends a PFD, he/she cannot withdraw it and the appropriate remedy for correcting any mistake of fact in the report is in the written response to it.

• When is it appropriate for the coroner to write a letter rather than making a PFD? As before, the revised guidance explains that there may be circumstances where the coroner wants to flag a concern but the duty to make a PFD does not arise (usually because the matter does not relate to a risk of future deaths), in which case he/she may instead write a letter to the person/organisation. The letter option is not, however, particularly encouraged in the revised guidance, which emphasises that writing a letter instead of a PFD should only happen as an ‘exceptional course of action’. The example given brings into the frame an area of concern we often see arising in inquests in the health and social care context regarding the quality of incident investigations. If, the revised guidance says, there has been a serious failure in the Trust’s investigative process, this could have an impact on the ability to learn from one death and so avoid other deaths, and ‘may therefore be included within a PFD report’. PFDs relating to flaws in incident investigation processes are not uncommon in our experience, but the choice of this example in the revised guidance could potentially lead to PFDs about investigation processes becoming yet more prevalent.

• What form should PFDs take?  Whilst the previous version of the guidance included one example of how a completed PFD report might look, the revised version goes much further by providing a separate Annex with 7 further illustrative examples (4 of which relate to health and social care provision). These are designed to assist coroners with producing PFDs in a way which is consistent and geared towards the common goal of effective change.

Our large national team of healthcare regulatory lawyers have a wealth of experience in supporting providers and individuals across the health and social care sector through the inquest process, including:

• Initial scoping to explore likely outcomes, level of support needed and next steps;
• Attendance at pre-inquest review hearings, which may cover matters such as Article 2/inquest scope, juries and expert evidence;
• Assisting with witness preparation, both at operational level and at strategic level to address Prevention of Future Deaths Report risks;
• Representation at final inquest hearings, including witness support throughout. 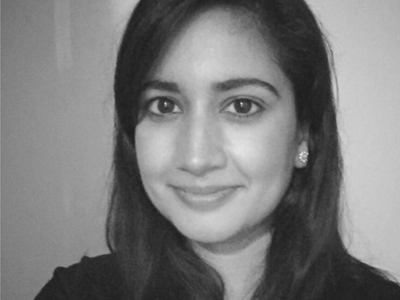