McPherson v EUI Limited (Trading as Admiral) & another seemed initially to be a relatively straightforward claim.  The claimant, a pedestrian at the time of the accident, had been injured by a vehicle for which Admiral was the RTA insurer.  It was not disputed that responsibility lay with the driver and liability was admitted.

The claimant, a self-employed window cleaner, suffered various injuries, including breaks to both legs, a possible head injury and an alleged psychological reaction.  He alleged that he was suffering from ongoing severe restrictions due to pain which affected his mobility.  However, surveillance obtained by Admiral at an early stage painted a somewhat different picture to that described by the claimant and showed him climbing a ladder and apparently having returned to work.

Proceedings were issued with damages limited to £100,000 pending further medical evidence.  The claimant portrayed himself as a person whose physical capabilities and ability to work had been severely affected and that this was combined with moderate PTSD and moderate depressive episodes.

Admiral instructed DAC Beachcroft, to represent it and flagged its concerns about the claim.  Anjali Kanish of DAC Beachcroft’s Complex Injury team and Georgia Court from the Motor Fraud team worked closely with Admiral to develop a strategy to deal with the concerns that had arisen.  Further surveillance was carried out and the evidence against the claimant mounted.  He was filmed using a ladder and cleaning windows four months before he told his psychiatrist that he had “been unable to work and has been told he will never be able to climb a ladder again".

Evidence against the claimant continued to grow with DWP records and medical records showing significant discrepancies with what the claimant had pleaded.  The claimant failed to attend an appointment with the defendant’s expert.  When his solicitors were asked why he hadn’t attended, the reason given was that he had been with his daughter in hospital.  Unfortunately for him, surveillance evidenced him driving to Scotland.

Early offers had been made in this matter but had been rejected by the claimant and on identifying the above issues they were subsequently withdrawn.  Having completed the initial investigation, surveillance was disclosed and a detailed repudiation setting out the defendant’s position inviting discontinuance was served.  Far from accepting the position, the claimant responded by serving a witness statement dealing with some but not all of the issues raised and asserting that his conduct was not dishonest: he proceeded to trial.

The trial took place  before HHJ Walden-Smith at Cambridge County Court on 28 September. It was a hybrid trial, with counsel for the parties (Paul Higgins of Crown Office Chambers for the defendant), the claimant and some of his witnesses attending in person and the experts, defence lawyers and Admiral attending remotely.

The claimant’s case was that if the court found his conduct to be dishonest it was not fundamental and that dishonesty must be in the context of the claim, the DWP carers allowance applications were not.

Starting his evidence, the claimant corrected some of the “errors” in his first witness statement in relation to his recovery period, reducing the period for which a claim was being made.  The defendant’s contention (in line with the decision in Roberts v Kesson) was that these matters were only being admitted as they had been flushed out by the defendant.  In his evidence the claimant failed to give any detailed response or reason for the issues put to him and was largely unable to remember or simply answered “I don’t know”.

At the start of the second day of the trial, proposals were put to the defendant with, the claimant being released from giving evidence in order to take advice.  The claimant agreed the terms of an order, bringing proceedings to a halt, in which the claim was dismissed, fundamental dishonesty by the claimant was admitted, he was ordered to pay the defendant’s assessed costs and repay the interim payment.

The claimant’s failure to face up to the inevitable outcome in this case, despite the overwhelming evidence that was identified and deployed against him led to the abject failure of the claim and its ultimate dismissal.  Had the claimant brought an honest claim he would have walked away with appropriate compensation for the injuries that he undoubtedly sustained: his dishonesty left him recovering nothing and facing substantial liabilities.

Georgia Court, commenting for DAC Beachcroft said: “It is testament to Admiral that they stood firm in their position.  They are committed to taking a robust stance when presented with claims where there is dishonest behaviour and, working with us to defend these claims, will run matters to trial where necessary rather than pay dishonest claims.” She also commented, “the court took the steps to accommodate the Trial as a hybrid and it worked well, those able to attend did and those who couldn’t were able to attend remotely.”

Stuart Cook, Head of Technical Claims at Admiral commented, “We’re fully committed to paying out on genuine injury claims quickly and fairly. We will however, take a dim view and robust stance when presented with claims where there is dishonest behaviour.

“This has serious and wide-ranging consequences for those choosing to engage in this activity and costs the industry millions of pounds each year. In partnership with our legal teams we will exercise the law to its full extent to help us defend these claims and discourage fraudulent and dishonest claimants”. 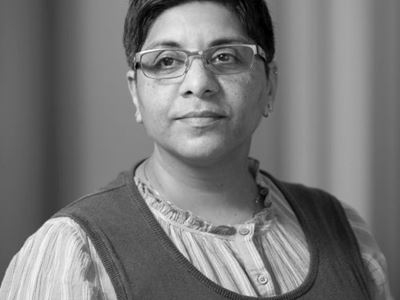