A heads up for aviation insurers. An amendment to Annex 13 to the Chicago Convention[1] applicable from 5 November 2020 extends the mandatory reach of air accident investigation to  “serious incidents” (events one step away from an accident). It also brings in a Swiss cheese/risk based analysis model for the classification of the same.

The drive for investigation

The background is this. ICAO Annex 13 sets out international standards and recommended practices (SARPS) for aircraft accident and incident investigation. With its origins dating back to 1951, Annex 13 provide the basis for harmonized global aviation safety for the now 193 states party to the Chicago Convention. States are expected to conform to standards and to endeavor to conform with recommended practices. Notwithstanding its vintage, Annex 13 remains current, amendments serving as the mechanism to enhance and refine the original provisions. Prior to Amendment 17, the investigation of accidents was the subject of a standard, with serious incidents falling under a recommended practice.

What differentiates a serious incident from an air accident? The latter is an occurrence that results in a fatality or serious injury, or significant damage or structural failure to an aircraft. An occurrence is classified as a serious incident if there is a high probability of an accident. So, the difference rests only in the result. By requiring states to investigate also serious incidents, amendment 17 further supports the fundamental principle of air accident investigation, which is to derive lessons that can further enhance air safety and so support future accident prevention.

Bark but no bite?

However, as a UN agency, ICAO lacks “bite”. It is not an international aviation regulator and has no formal authority over national governments. Should a state transgress an international standard, it has limited recourse. Its function then is to discuss and support, consistent with its core diplomatic capabilities and role.

The key drive : to facilitate investigation

ICAO recognises the reality that some states may have limited resources in terms air accident investigation capability. With this in mind it provides that the state of occurrence may seek assistance of other states (having capabilities) where investigation is called for. Secondly, if the state of occurrence fails to discharge its obligation to investigate, another state having interest may formally request a delegation. The key drive is to facilitate investigation. There may well be appetite to seek a delegation of investigation: states of manufacture of an aircraft and/ or engines and/or other key component product will be keen to get to the root cause of an event, mindful that absent formal investigation as to cause, the reputation of their product may be unfairly tainted.

So, how do you determine if an air occurrence constitutes a serious incident? Step 1, consult the list.  Attachment C to Annex 13 lists types of incidents which are of main concern to ICAO for accident prevention studies. The list is not exhaustive but serves as a helpful checklist for stakeholders. The list includes near collisions requiring an avoidance manoeuvre, fire and smoke events, aborted take-offs, and flight crew incapacitation in flight. The list approach permits of additions and by Amendment 17 two additional occurrences are added as examples of potential serious incident, (i) retraction of a landing gear leg or wheels-up landing not classified as an accident, and (ii) dragging during landing of a wing tip, an engine pod or any other part of the aircraft, when not classified as an accident.

A risk based approach

New, is the introduction of a risk-based approach to the classification of serious incidents. This  supplements rather than supplants the Attachment C list. Its introduction makes much sense given that the list is illustrative and not prescriptive. Under the risk based analysis, a serious incident is one where (i)  there is a credible scenario by which an incident could have escalated into an accident, and (ii) there were few or no remaining defences, or when the accident was only avoided due to luck or providence.

The principle of investigating serious air incidents, and not just accidents, is a well-established practice in states with mature air accident investigation capabilities, to include in the UK and EU member states. The position is otherwise in states with still developing aviation markets and/or limited AIA capability. Aviation insurers covering risks in those parts of the globe should expect to see extended AIA reach in action.  From an aviation insurance perspective, this will dial up additional costs in the wake of an occurrence but it will bring the benefit of formal, neutral investigation with resulting reports informing (but not determinative of) potential civil liability and/or claim defence positions.

As regards the risk based analysis as an aid to the identification of serious incidents, the approach introduces welcomed added flexibility, giving a means of classification that is capable of responding to evolving and new hazards such as unmanned aircraft or cybersecurity breaches affecting aircraft. That can only be to the greater good of air safety and accident rates. 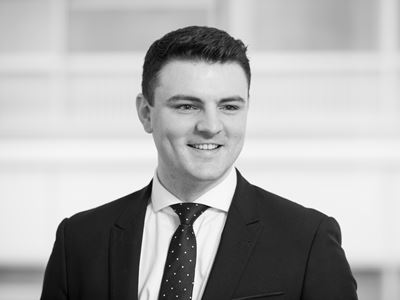 The sky's (not) the limit: Passenger liability in the age of the billionaire space race

Not pulling their punches : magistrates’ courts and unlimited fines for breach of Air Navigation Order provisions

UK General Aviation Consultation – which way now for safety and a “Just Culture”?