This case, although from Scotland provides a useful review of the law on severance in England & Wales.

A long time ago, in a County far far away…

The Trustees of the Lauren McLeish Discretionary Trust (“Trustees”), hired Dickie & Moore Limited (“D&M”) to build a home in Armadale, West Lothian.  D&M began work in 2017. In 2018 they made an interim application claiming for an extension of time (“EOT”), originally for 17 weeks, with associated loss and expenses (“L&E”). The matter was referred to adjudication. The adjudicator awarded 11 weeks EOT and L&E but was not paid, so D&M proceeded to enforcement action.

In the Outer House original decision, the commercial judge held that “…a material part of the dispute described in the notice of adjudication had not crystallized before the notice was served….” It was decided that because there was a discrepancy between the figures referred to in the relevant valuation and the referral notice, the dispute had not crystallised. Therefore, the adjudicator did not have jurisdiction to determine the EOT and A&E dispute.

Review of the Jedi

The Trustees appealed the Commercial Judgment as to whether the Decision of the adjudicator could be severed and subsequently enforced. The “critical question …whether it was clear that there was a core nucleus of the decision that could safely be enforced.”  Lord Young, reviewed the legal principles involving severance and ultimately found that the valid decisions of the adjudicator could be severed from the invalid decisions.

Ordinarily the courts have taken the view following, Cantillon Ltd v Urvasc, that a decision could be severed if the Decision addressed two rather than one disputes.

However, the case of Willow Corp SARL v MTD Contractors Ltd, extended the doctrine based on the principles of the Construction Act.  In Willow Edwards-Stuart J stated that “It would…further the statutory aim of support the enforcement of adjudication decisions pending final resolution by litigation or arbitration if the TCC were rather more willing to order severance where once clearly identify a core nucleus of the decision that can be safely enforced.”

The Force (i.e. the underlying reasons for enacting the Act and the Scheme)

This case whilst confirms the approach in Scotland, provides a detailed review of English and Scottish case law.  Throughout the trilogy, the underlying force has been the purpose and policy of the Construction Act and the Scheme. As the Lord Young stated “…the procedures used are intended to be simply straightforward and immediately effective.  Those considerations should in our view guide the approach to interpretation of the Scheme…in approaching severance we consider that the court should adopt a practical and flexible approach that seeks to enforce the valid parts of the decision unless they are significantly tainted by the adjudicator’s reasoning in relation to the invalid parts”

This provides a useful review on severability.  It emphasis that at least in Scotland, but potentially in England & Wales that the courts will take a flexible approach to severability and seek to enforce the valid parts of an adjudicator’s decision.  However it is clear from the Lord Young’s decision and review of the cases that if there is a breach of the principles of natural justice, this will “inevitably cast an element of doubt over the whole of the adjudicator’s reasoning.” 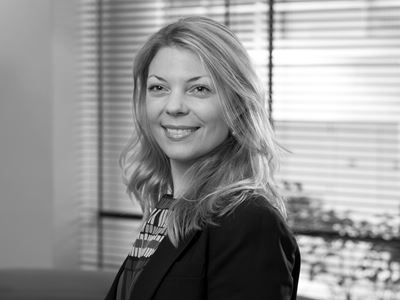