The Court of Appeal has upheld the Employment Appeal Tribunal (EAT) decision in Idu v The East Suffolk and North Essex NHS Foundation Trust, finding that allegations of misconduct against a doctor did not amount to “professional misconduct”.

Ms Idu was employed by the Trust as a consultant in emergency surgery. A number of allegations were made against her, including that she had failed to accept reasonable management instructions, was rude to colleagues and had become unmanageable as a consequence of her behaviour. Following a disciplinary investigation, a disciplinary hearing found Ms Idu guilty of gross misconduct and she was dismissed summarily. Ms Idu brought several claims in the Employment Tribunal including a claim for unfair dismissal. All claims were dismissed in their entirety.

Ms Idu was permitted to appeal to the EAT on a single point. Ms Idu argued that the Trust had not followed the correct procedure as a result of its categorisation of the alleged conduct. The Trust’s disciplinary procedure, which is consistent with the “Maintaining High Professional Standards in the Modern NHS” framework (MHPS), provided that “cases involving issues of professional misconduct” must be heard by a three-person panel, which must include a medically-qualified person who is not an employee of the Trust. There is a similar requirement in “capability cases” and in these cases there is also a requirement that the Trust, before initiating disciplinary proceedings, seeks advice from the National Clinical Assessment Service (NCAS), now known as the Practitioner Performance Advice service.

The Trust had proceeded on the basis that the allegations related to Ms Idu’s conduct rather than capability, and that the conduct in question was related to personal, not professional conduct. Accordingly, the Trust did not consult NCAS and there was not an independent medically-qualified person on the disciplinary panel. The issue for the EAT was whether the allegations against Ms Idu involved issues of capability and/or professional misconduct, in which case the incorrect procedure was followed. The EAT dismissed the appeal. It held that all allegations were matters of personal rather than professional misconduct and so the disciplinary panel had not needed to include an independent medically-qualified person.

Ms Idu appealed to the Court of Appeal.

The Court of Appeal upheld the EAT’s decision.

The Court provided useful guidance for employers when categorising conduct. The starting point is that the defining characteristic of professional conduct is that it arises from the exercise of medical skills. Professional conduct is typically, but not always, conduct by doctors in the course of their treatment of patients. The question of whether conduct “arises from” the exercise of medical skills is imprecise, and there will sometimes be borderline cases. In deciding these cases, it is helpful to ask whether the issues raised require the experience and expertise of an independent doctor.

Ms Idu argued that the question of whether the conduct “arose from” medical expertise should be approached broadly, “to cover the full range of a consultant’s medical responsibilities”. This was rejected, with the Court of Appeal finding that in the case of each allegation, the fact that Ms Idu was a doctor was no more than the context in which the allegations arose. The gist of each allegation concerned her relationship with the Trust’s management and with colleagues. They did not arise out of the exercise of her medical skills.  The only allegation which gave the Court some difficulty was an allegation that Ms Idu had refused to provide an explanation for listing patients for surgery who had been waiting less than 18 weeks rather than those where the 18 week target had been breached. However, the Court concluded that the issue did not relate to Ms Idu’s clinical judgement but to her refusal to provide an explanation for not complying with the Trust’s procedures for listing patients in turn.

What does this mean for NHS employers? 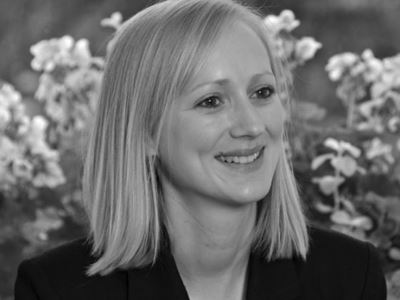 Living with COVID-19 – implications for employers