The District Judge refused the claimant's application and granted summary judgment for the insurer of the vehicle, the decision being upheld on appeal by the High Court.  The Court of Appeal, by a majority decision, allowed the appeal holding that a judgment for damages could be obtained against an unnamed driver of the vehicle.

In a unanimous decision, the Supreme Court overturned the decision of the Court of Appeal holding that an unidentified driver cannot be sued, irrespective of whether a policy of insurance exists in relation to the vehicle being driven.  The proper recourse was to bring a claim against the Motor Insurers' Bureau, not the insurer.

In many ways, this decision sounds perfectly logical from a common sense perspective: a person cannot be sued unless they can be made aware of the case against them.  Practicality aside, the concept is also fundamental to the principal of justice.

So is this the last we will hear of the unidentified driver problem?  We suspect not.  The Supreme Court made it clear that distinctions could be drawn where the defendant’s name is not known, but the identity is known - the example of a squatter was given.  The Court did not venture an opinion on cases where the claimant has identified the insurer and a possible category of people driving – for example, a husband or his wife.  Cameron is a welcome decision bringing clarity to this issue and will be welcomed by Insurers but, as so often is the case in litigation, although you think  the line is fairly clear, it is open to being redrawn when the right case presents. 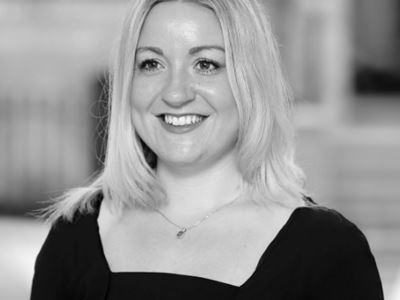 Court of Session decides when Defenders need to show their hand

Following the judgement in B v Inverurie Skip Hire Ltd [2019], we look at whether delaying disclosure of evidence, in this case surveillance evidence, is accepted in Scottish Courts.