Recoverability of Counsel’s Fees where a claim has exited the pre-action protocol for low value personal injury (Employers Liability and Public Liability) claims (the Protocol).

Whilst the Introduction of the fixed costs regime was intended to provide certainty as to the costs which a successful party could recover, unfortunately, litigation continues to arise where the successful party seeks to recover additional disbursements.

In the recent case of Dover v Finsbury Food Group Plc the High Court set out its judgment in an appeal against the decision of a costs officer in relation to the recoverability of an advice on quantum  from Counsel.

The Claimant sustained an injury in the course of his employment with the Defendant on 26 June 2015.  He suffered nasty injuries to his hand and was left with damage to his right middle and index fingers.  A Claims Notification Form was prepared and uploaded to the Portal on 23 July 2015.  The Defendant failed to respond within time and the matter subsequently left the Protocol.  The Defendant admitted liability for the Claimant’s accident on 29 February 2016 subject to medical causation.

The Claimant served his medical evidence with a detailed Schedule of Special Damage and thereafter obtained  advice from Counsel in relation to the value of his claim in a conference  on 22 March 2017.  On 6 September 2017 the Claimant put forward a Part 36 Offer of £93,000 and on 30 November 2017 the Defendant put forward a Part 36 Offer of £70,000 which was accepted on 19 December 2017.

In the Bill of Costs, Counsel’s fee for the advice in conference was claimed in the sum of £650.  In its Points of Dispute, the Defendant disputed that the Claimant was entitled to recover Counsel’s fee for that advice.  It was contended that no fee was payable under the relevant provisions of the Protocol where a claim had exited the Protocol if Counsel’s fee had been incurred after the  claim had left the Protocol.  It was the Defendant’s case that such costs were deemed to be included within the fixed recoverable costs.   The Defendant’s alternative argument was that, if Counsel’s fee was recoverable in principal, the costs of such an advice should be limited to £150 plus VAT which was a reference to Part 45.23B of the Civil Procedure Rules (which allows the Claimant to recover the cost of an advice from a Specialist Solicitor or Counsel in relation to quantum, where the case proceeds within the Portal, the value of the claim exceeds £10,000 and the advice is reasonably required to value the claim).

The Costs Officer rejected the Defendant’s arguments and concluded that the Claimant was entitled to recover Counsel’s fee for advising in conference as a disbursement, albeit he reduced the sum claimed from £650 plus VAT to £500 plus VAT.

The Defendant appealed  this decision.  It was common ground in the case that fixed recoverable costs would apply but the Defendant contended that the only disbursements that could be recoverable would be those defined within Rule 45.29I.  Within this rule, the cost of an advice from a specialist solicitor or Counsel can be recovered as provided for in the “relevant Protocol”.  In addition, there is a catch all provision which provides that the Court may allow any other disbursement reasonably incurred due to a particular feature of the dispute.

It was the Defendant’s contention in this case that this provision would not apply as the claim no longer followed the “Protocol” as it had exited the Portal due to a failure of the Defendant to respond on time.

In this case, Master Brown took the view that Part 45.23B in Table 6A did not apply to claims which exited the Protocol and that if this had been intended by the rule makers, then CPR45.29I(2)(c) would have contained a limitation on the costs that can be recovered as set out elsewhere in the Protocol.

The Master concluded that CPR45.23B in Table 6A did not prevent the recoverability of the fee.

Whilst the Master had already concluded that Counsel’s fee for an advice on quantum was recoverable under CPR45.29I(2)(c), as the parties had argued over the point he concluded that in this case the “catch all” provision of CPR45.29I(h)  provided that the fees sought would be recoverable under the provision and that £500 plus VAT was not unreasonably high.  Accordingly, the Defendant’s appeal was dismissed.

In another recent decision, Aldridge v Cham, by a majority decision the Court of Appeal allowed the Defendant’s appeal in respect of the lower Court’s decision to allow the Claimant to recover Counsel’s fee to advise on quantum in a case valued under £10,000 as a disbursement rather than forming part of the fixed fee.

The Claimant’s argument in this case, which had been allowed by the District Judge Hale at first instance and on appeal by HHJ Owen QC, was that in a claim involving a child which was valued at under £10,000 Counsel’s fee of £150 for an advice on quantum could be recovered as a “particular feature of the dispute”.  In the lead judgment, Lord Justice Coulson concluded that the fact that the claim involved a child was not a particular feature of the dispute and therefore the fee was not recoverable as a disbursement; the fee for Counsel’s advice on quantum was taken to be included within the fixed costs.

Whilst the intention of the fixed recoverable costs regime was intended to provide for more certainty and less satellite litigation, it certainly does not appear that these issues will be going away any time soon. 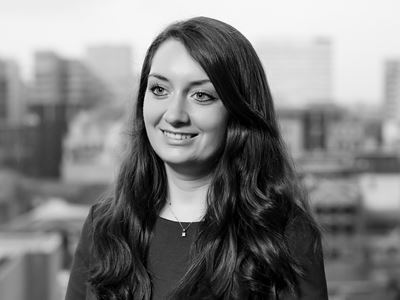 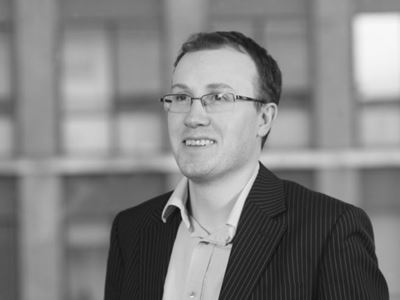 The 15th edition of the Judicial College Guidelines for the assessment of damages in personal injury cases was published on the 26th November 2019, more than two years after the previous edition…

A Quick Guide to the Updated Book of Quantum