Proliferation of applications for Code powers

Proliferation of applications for Code powers

Nearly two years ago, on 28 December 2017, the new Electronic Communications Code (“the Code”), set out in Schedule 3A to the Communications Act 2003, came into force, bringing with it reforms designed to facilitate the deployment and maintenance of digital communications infrastructure.

With that goal in mind, the Code gifts an increased range of rights, powers and benefits to those successful in their bid for Code powers, including to:

Only a Code ‘operator’ may effect the Code rights. Under paragraph 2 of the Code, an ‘operator’ falls within the statutory definition if it is in receipt of a direction from Ofcom under s106 of the Communications Act 2003.

Since its inception, the number of applications to Ofcom for a direction applying Code powers has remained, steadfastly, no higher than 10 per year.

In 2019 we have seen 30 such applications already, with 18 of those opening for consultation since August.  To put that into further perspective, the total number of companies on Ofcom’s register of persons with Code powers1  currently sits at just 161 (and that includes some of those already granted this year).

Why the sudden proliferation?

Progress towards Government’s stated goal, necessarily perhaps, has not been swift. At the end of October 2018, however, we finally saw the first substantive decision under the Code2 . That decision fell in favour of the operator, on whose behalf DAC Beachcroft acted, providing confirmation that it is a Code right available to Code operators to carry out preliminary surveys and inspections to assess the suitability of a site for the installation of electronic communications apparatus (known in the industry as an “MSV”).

Although (at the time of writing) that decision is currently pending the outcome of an appeal, it, and the several decisions which have followed, seemingly demonstrate an intention of pragmatism from the Tribunal towards Government’s aim.

It is perhaps merely a coincidence that the influx of applications for Code powers began shortly after this first of the substantive decisions. Perhaps, though, it is an indication of increasing confidence from operators (and would-be operators) in the ability of the Code to support and facilitate the goal of enhanced nationwide connectivity.

It is not just the implementation of the Code or the decisions handed down under its purview which point to an increased focus and commitment from Government level down. With further initiatives such as the Shared Rural Network, Rural Connected Communities, and proposals to overhaul planning rules and open up airwaves all recently being announced, it is clear that there is a push and expectation on both Code operators and the landowner community to play their part in helping Government to achieve their ambitions, and to drag the UK up  in the connectivity league table, where it has underperformed for what many would say has been far too long.

If the Code is successful in facilitating that improvement, as is its aim, then the benefits of having Code powers seems clear and the increased frequency in applications might be expected to continue for the foreseeable future.

DAC Beachcroft has highly specialised and proven expertise in telecommunications law, acting on behalf of operators in many recent high profile cases. We also have a wealth of knowledge across all other areas of real estate dispute resolution.

For further information, please visit the Real Estate Litigation section of our website. 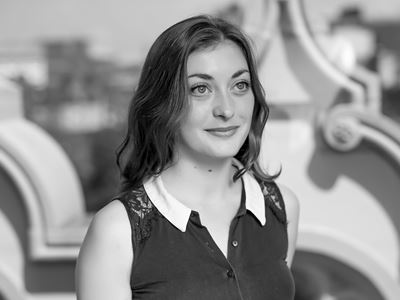 Real Estate Tip of the Week: Can you forfeit a licence?

Real Estate Tip of the Week: Negotiations and Settlement of a Dispute – Protecting Correspondence

Real Estate Tip of the Week - Validly executed or not? – Electronic signatures

Real Estate Tip of the Week - Beware the 1954 Act Trap

Housebuilder Top Tip: Get Off My Land – why the lease/licence distinction matters

Real Estate Tip of the Week - Exemptions to EPC

Real Estate Tip of the Week - Commercial Leases – to forfeit or not to forfeit?

Real Estate Tip of the Week - The Debenhams CVA Challenge

Homes of the Future