The recent Court of Appeal decision in Elite Property Holdings Ltd & Another v Barclays Bank Plc is another instance of the court refusing to entertain claims against banks which employ novel legal arguments to get around “no-duty” and  “no-advice” cases.

The Court of Appeal was reviewing a first instance decision which refused permission to amend Elite’s claim against Barclay Bank to allege conspiracy to use unlawful means.

Elite subsequently complained that they had been missold the products, resulting in their termination in August and September 2010.

In August 2012, Barclays entered an agreement with the Financial Services Authority to conduct a review into the sale of its hedging products and provide appropriate redress if necessary.  As part of this agreement, Barclays undertook to treat any complainants fairly, prioritise customers in financial difficulty and importantly that, except in exceptional circumstances, they would not foreclose on or adversely vary existing lending facilities.  As part of the undertaking, in cases where Barclays proposed the foreclosure on a customer, a Skilled Person would be required to review the case and confirm that there are Exceptional Circumstances.

Barclays sent ‘Reservation of Rights’ letters to Elite in respect of alleged breaches of cash flow to debt ratios.  In May 2013, HMRC made a demand for £700,000 in respect of unpaid Corporation Tax.  A winding up petition was issued on 20 May 2013.

In further contravention of the loan agreement between Elite and Barclays, on 18 May 2013 the care home businesses were transferred to another associated company which would be “unencumbered by the tax liability”.  In light of the defaults, Barclays decided to evaluate Elite’s financial position. Barclays commissioned a report from BDO to this effect.

Barclays ultimately appointed KPMG as a ‘Skilled Person’ as required under the FSA agreement.  KPMG confirmed there were exceptional circumstances which allowed Barclays to take the enforcement action.

Barclays and Elite ultimately entered into a settlement and release agreement in November 2014 pursuant to which Barclays paid compensation for losses flowing from the sale of the hedging products.

Elite subsequently pursued a claim for what it said were the consequential damages flowing from the financial position Elite had been placed in as a result of the missold products.  This, it alleged, was not part of the settlement agreement entered into in 2014.

The English courts are generally perceived to be a bank friendly jurisdiction and through a series of cases in the last 20 years have greatly restricted the chances of a customer successfully bringing a claim based upon a tortious duty of care (the no duty cases) or upon a duty to advise on the suitably of a product (the no advice cases).  Faced with this difficulty claimant customers have sought to pursue different causes of action when bringing a claim for damages caused by an allegedly missold product.  Very few such cases have had any success.

In this case, Elite pursued a claim for damages alleging Barclays had entered into a conspiracy to injure by unlawful means.  That cause of action requires a claimant to show that two or more persons combined / agreed to act in an unlawful manner.  Elite had insufficient evidence to allege such an agreement, and on that basis, the High Court at first instance had struck out that element of the claim.

The decisions in this case are consistent with what is now a long line of authorities demonstrating a reluctance to accept novel forms of cause of action in litigation against banks, which have otherwise protected from claims through their retainers limiting the duty of care and circumstances in which information they have provided will constitute advice or can be relied on. 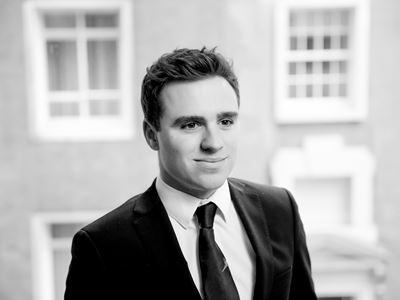