The End of the Road for Section 152 Declarations

The End of the Road for Section 152 Declarations

Following the uncertainty in motor insurance law which stems back to the European Court of Justice (ECJ) case of Vnuk v Zavarovalnica Triglav in 2014, we finally have clarity regarding the future of section 152 declarations.  From 1 November 2019, it will no longer be possible for an insurer to avoid an RTA liability, and reduce its status to Article 75, by securing a declaration of policy voidance under section 152 of the Road Traffic Act 1988.

Section 152(2) of the Road Traffic Act will be amended, removing the insurer’s right to avoid RTA liability where a post-accident declaration of policy voidance is obtained on grounds that the policy was obtained by way of non-disclosure or misrepresentation at inception. The new wording of section 152 of the Road Traffic Act is contained within The Motor Vehicles (Compulsory Insurance) (Miscellaneous Amendments) Regulations 2019, which were laid before Parliament on 1 July 2019 .   From 1 November Section 152(2) will simply read “No sum is payable by an insurer under section 151 of this Act in connection with any liability if, before the happening of the event which was the case of the death or bodily injury or damage giving rise to the liability the insurers has obtained a declaration”.

Therefore, it will still be possible to obtain a declaration prior to an accident to avoid an RTA liability, though in practice this is rare.  This is especially the case since the Deregulation Act 2015, as policies can now be cancelled mid-term without the risk of any residual RTA liability in respect of any future accidents.  Generally speaking, if there have been no accidents or claims on a policy, then cancellation is preferable over voidance / declaration.

As a consequence of Vnuk, the case of Fidelidade-Companhia de Seguros SA v Caisse Suisse de Compensation & Others had laid the path for this amendment to take place.  In Fidelidade, the ECJ ruled that what is, essentially, the Portuguese equivalent of section 152 was not compatible with European Law and could not be relied upon by insurers to avoid liability.  If challenged, is it likely that Section 152 Road Traffic Act 1988 would also be deemed incompatible. It is therefore unsurprising that the Road Traffic Act is being amended, irrespective of the position with Brexit.

There is now a 4 month window to secure any further section 152 post-accident declarations, if they are to be effective in avoiding an insurer’s RTA liability.  Insurers should note that any Section 152 proceedings will not just need to be issued before 1 November 2019, but the declaration sought must actually be obtained before 1 November 2019.  It is therefore vital that grounds for policy voidance on the basis of misrepresentation are quickly established and that declaration proceedings are sent to the Court for issue as soon as practicably possible.

Our motor team deal with a number of motor claims on a regular basis. For more information or advice, please contact one of our experts. 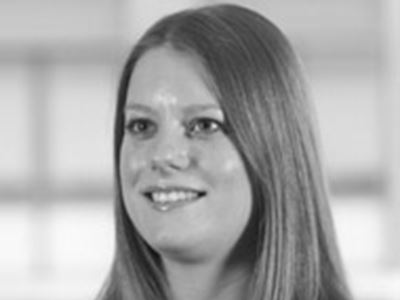