DAC Beachcroft Scotland’s Casualty Injury Team recently secured a successful result for their client in the All Scotland Personal Injury Court at Edinburgh after a 2 day trial.

The case arose from an accident at work. The claimant was working in the course of her employment with the defendants as a cook, preparing food containers and moving them from the kitchen to a serving area in an adjoining room. A colleague accidentally spilled water on the floor whilst carrying a kettle of water in the kitchen. When the claimant was passing the area shortly thereafter she slipped and fell. The accident report recorded the mechanics of the accident as “slip on wet floor”. The claimant suffered a fracture to her thoracic spine as a result of the accident and shortly thereafter retired from work.

Eoin Quinn, DAC Beachcroft Scotland’s Casualty Injury Team Manager, was instructed to act on behalf of the defendants by their insurers. He also conducted the advocacy at the trial personally instead of instructing counsel.

Initially it appeared there was causal connection between the fall and the spillage of water. However, thorough investigation and all the evidence in the case strongly pointed to a conclusion that there was no negligence on the part of the defendants. All reasonable procedures were taken after the spillage. The colleague who spilled the water immediately informed the staff working in the kitchen, including the claimant, that water had been spilled. She immediately placed a wet floor sign in the vicinity of the spillage and then mopped up the spillage. Thereafter the claimant traversed the area where the water had spilled but in fact continued beyond this area, into the adjoining room. After taking a number of steps into the adjoining room, she slipped and fell to her injury. There was no evidence that there was any water at the location where the claimant fell. Notwithstanding the evidential position the claimant vigorously pursued the action on the basis that the defendants were vicariously liable for the actions of the colleague who (i) spilled the water; (ii) failed to mop up the water spilt; and (iii) failed to mop up the water adequately. DAC Beachcroft advised the defendants the prospects of succeeding at trial were high.

At trial, what exactly caused the pursuer to fall was strongly contested. The claimant’s case essentially amounted to an assertion that there must have been water in the area where she fell, otherwise “she would not have fallen”. However, none of the witnesses saw the pursuer fall. None of the witnesses saw water in the area where the claimant fell. The claimant was wearing Crocs which the court accepted she had previously been told by managers were unsuitable. Witness evidence confirmed the crocs were old and worn and that the claimant said on various occasions following that accident that it was not the fault of her colleague.  We strongly argued that there was insufficient evidence to find that the claimant slipped on water and argued that people fall for all manner of reasons. The court agreed and found for the defendant and awarded them their costs.

This is a reassuring judgement for all employers and insurers and it is a reminder that first and foremost a claimant must prove their case. The Court will be slow to draw inferences from facts without evidence of such inferential facts. It is further a reminder that although on the face of it a case may seem straightforward, ultimately all will depend on the evidence on which the court ultimately makes its decision.

There are two subsidiary issues of note in this case. The first is that in the current “pre QOCS era” in Scotland, the defendants were awarded their costs. With the imminent introduction of QOCS to Scottish Personal Injury litigation it must be queried whether there will be an increasing reluctance to take such cases  to proof. Whether pursuing such cases unsuccessfully will allow defendants to recover their costs by showing the pursuer has behaved unreasonably, or conducted the proceedings considered an abuse of process, remains to be seen. It is unlikely a case such as this would fall within either category and defendants, in the future in such cases, will have to meet their own costs. The second is that the defenders were faced with a “pursuer’s offer” at an early stage in proceedings. The consequences of declining such an offer, if the defendants had ultimately been unsuccessful, would have been significant. An additional award would have been sought by the claimant equating to an additional 50% of their solicitor’s costs from the date of such an offer. There is no equivalent deterrent available against claimants who persist with proceedings other than to offer settlement at a lower figure than claimed, with an offer of costs, which defendants who feel in a strong position may not wish to consider. Perhaps there should be such a tool to redress the potential imbalance, particularly when QOCS is imminently to be introduced.

If you need any advice on any Employer Liability claims feel free to contact Eoin Quinn at DAC Beachcroft Scotland. 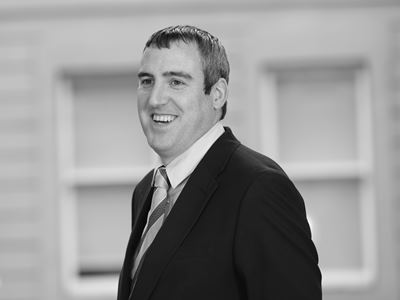 Court of Session decides when Defenders need to show their hand

ASPIC clarifies rules of the employment of Counsel