Portable oxygen systems are used extensively throughout the NHS. Safe delivery of oxygen is crucial. Despite this, evidence shows issues ranging from a near miss, to serious injuries including fatalities and brain injury still occur.

Following three unrelated incidents all linked to the delivery of oxygen using a portable system a teaching hospital referred the issue to the Healthcare Safety Investigation Branch (HSIB) for consideration. HSIB investigated and produced a report (HSIB Design and Safe Use of Portable Oxygen Systems (I2017/013)) in November 2018 identifying a number of factors which contribute to these errors and making recommendations to the Medicines and Healthcare products Regulatory Agency (MHRA), aimed at improving patient safety and promoting shared learning across the wider healthcare system.

Read on to find out how the recommendations will impact your organisation.

The HSIB and why this investigation?

The purpose of the HSIB is to improve patient safety through independent investigations that do not apportion blame or liability.  Around 30 investigations take place per year providing recommendations for safety improvement and shared learning.

3 criteria must be fulfilled for the investigation to take place:

Portable oxygen systems (POSs) are used widely across the NHS and data gathered from national reporting systems revealed similar incidents occurring across different organisations indicating that the risks are persistent, as well as multiple incidents occurring within the same trusts.

The HSIB Report refers to a reference event from the referring trust and detail is provided of how the POS was used.  An 83 year old man was admitted via A&E and following a series of tests was transferred to the diabetes and endocrinology ward.  On day 11 he was considered well enough for a discharge plan to be put in place, however the following day he deteriorated to the point where he was unresponsive and CPR commenced.

Breathing was supported by use of a bag-valve-mask, with a reservoir bag attached and connected to a POS with a standard valve.  After 10 minutes of CPR it was recognised that the reservoir bag was not inflating between breaths and that he was not receiving supplementary oxygen.  The resus team assumed the oxygen cylinder was empty and so it was replaced.  Despite further CPR, the patient remained unresponsive and CPR was eventually stopped.  The patient sadly died.

The following morning the medical gases porter arrived on the ward to replace the cylinder that was thought to be empty but on examination it was found to be full.

The death was reported to the Coroner and the patient's family informed.  It was noted on review that in this case the lack of oxygen would not have made a difference to the outcome.  However, as a proactive stance by the Trust the issues with POSs were referred on to HSIB for review.

HSIB reviewed the design of POSs and how these are regulated, as well as a wider view at other industries using similar systems.

Five design issues were noted as contributory factors to the reference event:

2. No clear or timely feedback that oxygen is actually flowing to the patient.  In the reference event the resus team reported seeing the bag inflate, which led them to believe that oxygen was being delivered to the patient.  The reservoir bag was noted as an unreliable visual indicator of oxygen flow. The only reliable visual cue that oxygen is not being delivered is a clinical sign such as cyanosis or a pulse oximetry reading.

3. A very short release of residual oxygen may give a false impression of continuous flow.  Depending upon previous closure of the oxygen supply, a small amount can become trapped within the pressure regulator on the POS.  This may be sufficient to partially inflate the bag, despite the valve being closed, and also provide an audible hiss for a few seconds, enough to incorrectly indicate that oxygen is flowing.

4. Inconsistent closure of valve following previous use can cause incorrect readings.  National Guidance states that cylinders must be turned off/fully closed after use to reduce the risk of fire or depletion of the cylinder contents.  This was not found to be the case in all instances.  Many were left open leading to unreliable readings upon the next use.  Even for those that were closed – the readings would differ depending upon whether the regulator had been purged of residual oxygen following use – some incorrectly noting the cylinder as empty, instead of displaying the level of the cylinder after the previous use.

Indeed, the above was noted as a potential explanation for the reference event.  That it was possible that the cylinder had been closed, but that the oxygen had not been purged from the regulator.  When flow was selected the residual oxygen was released causing the reservoir bag to inflate sufficiently for the staff members to note oxygen flow.  Subsequently the lack of inflation was noticed and on inspection the cylinder gauge showed empty. Prompting staff to assume that the cylinder was empty when it was not.

5. Lack of clear visual indictor that valve is open or closed.  This potential confusion is increased by the instructions for opening the valve often being located on the valve itself which is then obscured by the user's hand when the valve is in use.  Further confusion can be caused by the need to turn the control anti-clockwise to open the valve and then turn the flow selector clockwise to increase the flow.

As a result of the design risks identified in the analysis of the reference event the wider investigation focussed on:

The regulation of POSs can be separated into two parts – the pre-market review which enables products to be licensed for sale in the UK and the post-market surveillance which is a responsibility of manufacturers to monitor safety of their product whilst it is in use by gathering and analysing safety information.

The Report makes it very clear that the potential for human error in the use of POSs leading to patient harm is a major cause for concern.  That a transient workforce and the increased use of temporary staff who can be unfamiliar with devices that are used, makes good design even more important. Further, that as patient care evolves and is transferred to the home setting or to less / non-skilled users, that applying 'Human Factors' to the design and development of such devices is essential to ensure safe and effective use.

MHRA published its first guidance on Human Factors in September 2017 which stresses the importance of patient safety and provides a guide for manufacturers to incorporate these factors into design, however the Guidance is not retrospective, nor a compliance document and evidence indicates that it is not being followed.

As the design and regulation of POSs rests with MHRA HSIB's safety recommendations were directed at them with the intention of preventing future similar events.  HSIB asks MHRA to:

1. Evaluate how the Human Factor Guidance is being used in practice and depending upon the results make any necessary changes or use other mechanisms to improve the implementation of human factors in the pre-market approval process.

2. Require its POS manufacturers to submit evidence of human factor testing as part of the market authorisation process for medicinal licences.

3. Review the position and determine whether more specific guidance is required on how to incorporate human factors into post-market adverse event investigations.

4. Discourage the use of 'weak barriers' such simple updated labelling or additional instructions for use noting that these are not long-term solutions to prevent future incidents.

The impact for your Trust

We do not yet know how the MHRA will take forward HSIB's recommendations.

For now, and in the absence of any impending design changes to the POSs, the real risks in using these systems in care settings have been outlined above and we advise that you utilise these to inform your teams and provide the basis for further training to ensure that the frontline users are aware of these potential risks which can cause confusion and incorrect decision-making when delivering immediate and often life-saving treatment to patients.

We also refer you to Guidance provided by NHS Improvement in their Patient Safety Alert January 2018 (NHS/PSA/W/2018/001) which urged all NHS funded care providers to identify where oxygen cylinders were being used and ensure that clinical staff were aware of the risks and appropriately trained.  Effective training should incorporate both theoretical and practical exercises and laminated user guides should be placed close to the point of use.

Our national teams of healthcare lawyers have extensive experience of supporting and advising healthcare providers in matters just like this and we are on hand to provide advice on how to ensure that your training is up to date and effective. 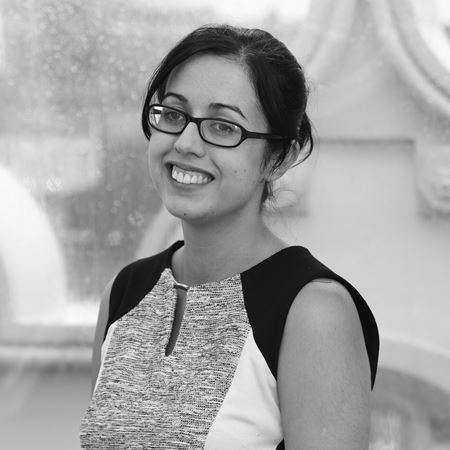