The claim arose from a claim on the Claimant’s Latent Defects Policy. Prior to issuing the policy, the Claimant instructed the First Defendant (which subsequently went into Liquidation) to undertake surveying services in order to certify that the construction works in question were undertaken with reasonable skill and care.

The Second Defendant, in its capacity as surveyor, signed a certificate of approval on 15 December 2003, to confirm that the site had been inspected and that the works were constructed in accordance with accepted building practice. The Claimant alleged that the certificate of approval had been negligently issued by the Second Defendant and that it would never have entered into the policy had the Defendants properly inspected the works with reasonable skill and care.

No claim in contract was advanced and the Claimant conceded that primary limitation period in tort had expired. The only remedy available to the Claimant, therefore, was to rely on section 14A of the Act. The Claimant argued that it had acquired the relevant knowledge for the purposes of the Act no earlier than 30 May 2015, when a secondary inspection revealed the extent of the design flaws, so that the claim, which was issued on 14 September 2016, was brought in time.

The issue raised before the Court, for the purposes of the summary judgment application, was whether the Claimant’s case, which relied entirely on section 14A of the Act, had a real prospect of success. The Second Defendant contended that the Claimant had the requisite knowledge before 14 September 2013 whereas the Claimant submitted to the contrary.

Sitting as a Judge in the TCC, Alexander Nissen QC, concluded that the Claimant’s claim was time barred. The Judge held that the Claimant had the necessary broad knowledge by June 2013 when it received a report from inspectors concluding that there was an insufficiency of movement joists. The inspectors told the Claimant that the cracking was a construction issue, and the Claimant did not need to investigate further.

The Judge held that the Claimant knew there were concerns about the structure by June 2013 and that it did not need to conduct a second review, completed in May 2015, to realise that it may have a claim. The Judge held that the criteria in Haward v Fawcett had been met. The Claimant knew that it was the Second Defendant who had issued the certificate. It did not need to have known it had a worthwhile cause of action against the Second Defendant but the June 2013 letter provided sufficient information for it to be reasonable to undertake preliminary investigations into that question.

The decision underlines the importance of understanding the date when a claimant had the requisite knowledge under section 14A, to avoid falling foul of their claim being wholly time-barred.

Additionally, it highlights the significance of case management, and that strike out/summary judgment are not always steps to take at the beginning of a claim or at the time that one should be serving a defence. The Judge agreed with the submissions put forward on behalf of the Second Defendant “that no trial at all is necessary because all the available facts are those which are readily apparent from the documents before the Court [the proceedings having passed the disclosure stage] and on the basis of those facts and documents alone, the Court can determine that the Claimant has no real prospect of success in respect of the Second Defendant’s limitation plea”. The result was an early conclusion of the claim, saving significant costs. 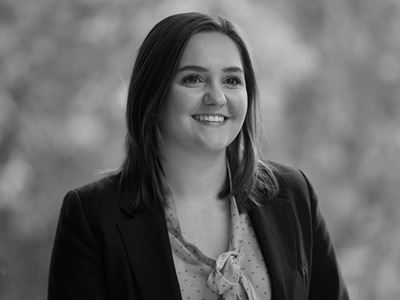