Following the Supreme Court’s decisions in Mohamud v Wm Morrison Supermarkets Plc and Cox v Ministry of Justice in 2016, insurers were warned that further attempts to widen the doctrine of vicarious liability were expected.

Various Claimants v Wm Morrisons Supermarkets Plc (2017) found the Defendant vicariously liable for the deliberate criminal actions of an employee outside working hours and away from the workplace. In Various Claimants v Barclays Bank Plc (2017), upheld on appeal this year, the bank was found vicariously liable for deliberate sexual assaults on its employees by an independent doctor contracted to perform medical examinations on them. In Armes v Nottinghamshire County Council (2017), a local authority was found vicariously liable for deliberate assaults inflicted by foster carers on a child in their care, despite the level of control over foster carers being very different from that over employees.

The liability of businesses and authorities for the actions of independent contractors and employees, particularly for deliberate criminal actions in their own homes and outside working hours, extends the boundaries of vicarious liability. The systems used to select and supervise employees and contractors should be reviewed and strengthened where necessary.

Legislation expected to result in realistic discount rate by 2019

Following the dramatic change in the discount rate in February 2017, March 2018 saw the publication of the Civil Liability Bill, Part 2 of which focuses on the mechanism for review of the discount rate.

Moving the level of risk on which the rate should be based from ‘very low risk’ to ‘more than a very low level risk’ but ‘less risk than would ordinarily be accepted by a prudent and properly advised investor who has different financial aims’, the Bill spells out the frequency and mechanics of the rate’s review.

At the time of writing, this Bill has passed through the House of Lords with improvements to speed up the first review of the rate. We expect the Bill to become law in late 2018 and the discount rate to be reviewed to a more realistic level by early 2019.

Lord Justice Jackson’s reforms in 2013 introduced the concept of fundamental dishonesty as an exception to qualified one-way costs shifting, following which the Criminal Justice and Courts Act 2015 introduced a mechanism to strike out claims where the claimant has been fundamentally dishonest.

London Organising Committee of the Olympic & Paralympic Games (in Liquidation) v Sinfield (2018) saw the claim struck out where, while two-thirds of the claim was genuine, one-third of the presented claim was fraudulent. Alongside this, we have seen an increasing willingness by the courts to strike out claims and set aside discontinuances (then strike out the claim), enabling defendants to pursue the recovery of their costs from claimants. The Court of Appeal confirmed in AXA Insurance Plc v Financial Claims Solutions Ltd (2018) that insurers may seek awards of exemplary damages against companies presenting fraudulent claims.

At a time when we have seen an increase in fabricated and exaggerated claims, recent judgments striking out claims as fundamentally dishonest improve the prospect of businesses and their insurers deterring and defeating the claims.

From whiplash to deafness to travel sickness – where next for the claims bulge?

Recent years have seen some firms of solicitors focus their businesses on targeting specific areas of personal injury claims. Reforms in whiplash claims over recent years, of which there are more to come, saw a move into noise-induced hearing loss claims and, as the scope to present deafness claims has been reduced, many have moved into package holiday gastric illness claims.

April 2018 saw the publication of a new Pre-Action Protocol for Resolution of Package Travel Claims, extending fixed costs into this area and thereby reducing the available costs significantly. The implementation of the travel sickness protocol should be welcomed but, as the claims balloon is squeezed again, we are left to question which claims will form its next bulge. 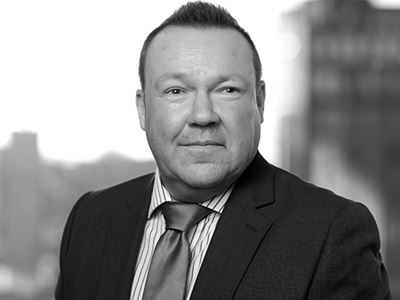