On 30 March 2018 new versions of the AIM Rules for Companies ("AIM Rules") and AIM Rules for Nominated Advisers ("Nomad Rules") will come into force following the recent consultation by the London Stock Exchange plc (the "Exchange") on a number of amendments to both sets of rules.

The key amendments to the AIM Rules are twofold:

1. Early notification form: AIM Rule 2 will include a requirement on the nominated adviser to submit an early notification form containing key information in respect of a new applicant to the Exchange as soon as reasonably practicable and in any event prior to the submission of the Schedule One form.

A template for nominated advisers to use to provide early notification on AIM applicants is now available on the Exchange's website: Early Notification Form.

2. Corporate Governance Code: AIM Rule 26 will be amended to require details of the recognised corporate governance code that the board of directors of the AIM company has decided to apply, how the AIM company complies with that code and, where it departs from its chosen corporate governance code, an explanation of the reasons for doing so to be published on the company's website (such information to be reviewed annually with the website including the date on which the information was last reviewed). Schedule Two to the AIM Rules will also be amended to require the same information to be stated in an applicant's admission document. Although the amendments to the AIM Rules will apply from 30 March 2018, AIM companies will have until 28 September 2018 to comply fully with the new requirements in order to give them and nominated advisers adequate time to prepare for the change.

In addition, from 30 March 2018, all Schedule One forms will need to state the corporate governance code that the board of directors of the applicant has decided to apply.

The Exchange has taken the view that it remains preferable for AIM companies to have a range of corporate governance options to suit their specific stage of development, sector and size and has therefore not prescribed a list of recognised corporate governance codes. The two codes which AIM companies are most likely to apply – the QCA Code and the UK Corporate Governance Code – are both expected to be updated this year.

In addition, from 30 March 2018 AIM Rule 9 will be amended to reinforce the Exchange's discretionary right to refuse admission to AIM and make it clear that no applicant has a right for its securities to be admitted to trading on AIM even if it meets the requirements of Part One of the AIM Rules.

These changes to the AIM Rules follow on closely from the changes made, mainly to AIM Rule 26, on 3 January 2018 following AIM's registration as a SME growth market.

Following the positive response received to the consultation on the proposal to introduce guidance for nominated advisers on "appropriateness" considerations, Schedule Three to the Nomad Rules will contain a non-exhaustive list of matters which the Exchange considers could affect an applicant's appropriateness for AIM. 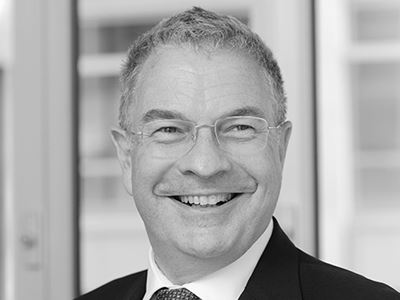 Confirmation statements and public notifications of your PSC are here