In two recent appeal cases, heard together in the High Court, the appeal judge overturned the judgments made at first instance and dismissed all personal injury claims. Both cases were handled by DAC Beachcroft's Motor Fraud team, on behalf of Aviva Insurance Limited, and in both judgments Mr Justice Martin Spencer said that the original trial judge had 'adopted a much too benevolent approach to evidence from the Claimants', adding the Claimants' evidence 'could be demonstrated to be 'inconsistent, unreliable and, on occasions, downright untruthful''.

Topically, given the whiplash reforms that are currently passing through parliament, Mr Justice Spencer also highlighted the problem that fraudulent or exaggerated whiplash claims have presented for the insurance industry and the courts – a problem which should 'cause judges in the County Court to approach such claims with a degree of caution'.

The judgments provide helpful commentary about Claim Notification Forms and their importance, the weight to attach to inconsistencies in evidence and the application of rules around fundamental dishonesty.

Notably in one of the cases, Molodi v Cambridge Vibration Maintenance Service & Aviva Insurance Limited, not only was the claim dismissed on appeal but Mr Justice Spencer also found the claim to be fundamentally dishonest.

Facts of the cases

The two cases were heard together (a tactical decision by DAC Beachcroft) in the High Court as both involved similar issues and the same trial judge, HHJ Main QC, heard both matters separately at first instance at Manchester County Court.

Whilst both cases shared a number of similarities, it is worth looking at each case briefly to provide some context to the decisions of the High Court.

This matter arose out of a road traffic accident which took place on 20 March 2015.  The defendants accepted that the driver of their vehicle had been negligent, having carried out a u-turn manoeuvre when unsafe to do so.  However, it was specifically denied that there was any reasonably foreseeable risk of injury, given the absence of any significant force in the collision. Causation was therefore disputed.

The defendants were aided at the first instance trial by the evidence of the driver and passenger of the First Defendant's Ford Transit van who gave clear, and largely compelling, evidence that there had only been a glancing blow between the vehicles.   Neither the claimant nor passenger were injured, nor did they think it possible for any party involved to be injured. In fact, the driver actually stated that the impact was so minor that he had not been entirely sure whether any contact had been made at all.

At trial it was demonstrated that the claimant had been involved in at least five previous road traffic accidents rather than the one he disclosed to his medical expert. The claimant also conceded at trial that despite presenting a claim for vehicle damage of £1,300, the vehicle had in fact been repaired for 'about £400'. Despite the original trial judge commenting that the claimant had exaggerated the seriousness of his injury to some degree, the claimant was awarded £2,750 for pain and suffering and £400 for the repair to his car.

Having read the transcripts of the original trial, Mr Justice Spencer remarked that his general impression was that 'the claimant was evasive in his answers, not answering the questions he was asked and avoiding addressing the points that were put to him'. Identifying a host of inconsistencies in the claimant's evidence, Mr Justice Spencer considered this to be one of those rare cases where the weight of other evidence was such that the original finding of HHJ Main QC be overturned and so dismissed the claim finding it was fundamentally dishonest. This is an encouraging decision for defendant practitioners.

This matter concerned a separate road traffic accident which took place on 18 July 2014. Breach of duty on the part of the defendant was admitted but causation was disputed on the basis that the defendant's vehicle was reversing at a very low speed, at the time of the impact.

Despite a range of inconsistencies in the claimant's evidence being explored at trial, including those within the claimants' Claim Notification Forms and medical reports, and even the trial judge commenting at one stage that one of the claimants was "hopelessly inconsistent", both claimants were awarded £2,500 in respect of their injuries, plus costs.

In his judgment on appeal, Mr Justice Spencer firstly affirmed the importance of Claim Notification Forms as documents and highlighted that such documents have a statement of truth attached, meaning that insurers should be able to rely on the accuracy of the content. He added that such documents provide the basis for possible proceedings for contempt of court and should be taken seriously. This is in stark contrast to the comments made about CNFs by the trial judge, HHJ Main QC who said, 'they are simplistic documents which do not permit there to be details of clinical presentation that can be relied upon by a trial judge and I just ignore them'.

Mr Justice Spencer also highlighted a long list of points which were 'collective nails in the coffin' for the claimants. Ultimately, the claims were subsequently dismissed without the need for a re-trial given that the claimants could not prove their case.

Aviva and DAC Beachcroft appealed both first party decisions and took the tactical decision to case manage the cases together, which involved the same trial judge.

Unfortunately, all too often, inconsistencies in Claim Notification Forms and medical reports are glossed over at trial but in the judgment of Richards, Mr Justice Spencer reaffirmed the importance of the content of these documents. In particular, Mr Justice Spencer highlighted the fact that Claim Notification Forms include a statement of truth and delivered a reminder to claimants that they are important documents and could provide the basis for possible proceedings for contempt of court.

In both judgments Mr Justice Spencer also indicated that whilst it is recognised that claimants will sometimes make errors or fail to recollect all details accurately, the courts are entitled to expect a degree of consistency and in any case where the claimant is exposed as untruthful, or where a claimant's account has been so hopelessly inconsistent or demonstrably untrue that their evidence cannot be regarded as reliable, the court should be reluctant to find such a claim as genuine.

These two cases were handled at DAC Beachcroft by Gary Orritt and Kerrie Bale. Dan Wood from Ropewalk chambers was instructed as counsel. Commenting on the cases, Peter Ward, Associate at DAC Beachcroft, said, 'These two judgments make excellent reading and provide useful guidance around the procedural mechanism to secure findings of fundamental dishonesty and the importance of documents produced by, or on behalf of, claimants. The decision to appeal both judgments made at first instance has been vindicated. This excellent result has been achieved by several of my colleagues and Aviva working collaboratively and I congratulate Gary, Kerrie and Dan on a job thoroughly well done.' 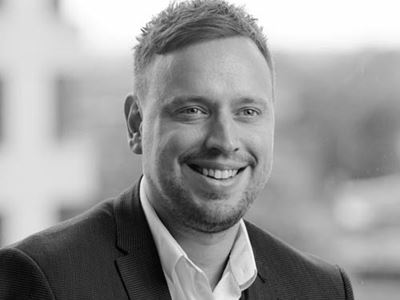