When should an inquest be an Article 2 inquest (i.e. wider in scope than an 'ordinary' inquest)?

In the context of healthcare-related deaths, the answer is not always clear-cut.

We look at a recent High Court decision which summarises the very latest position on this and highlights that - outside the context of detained mental health patient deaths - meeting the threshold for Article 2 inquests in healthcare cases is a high hurdle indeed.

Article 2 (the 'right to life' under the European Convention on Human Rights) imposes certain obligations on the state (covering public bodies such as the NHS and organisations carrying out public functions), including a 'negative' obligation to refrain from intentionally taking life plus the following 'positive' obligations:

If any of the above obligations have arguably been breached, this triggers a duty on the state to carry out an effective, independent, public investigation into the death (known as the 'duty of enhanced investigation').

One potential vehicle for fulfilling this investigative obligation is via a coroner's inquest, provided the inquest itself satisfies a number of requirements, including looking more widely at the circumstances in which the person died (as well as just 'by what means') and ensuring that the deceased's family are fully involved and have a proper opportunity to be heard.

There is an established line of cases about Article 2 being breached (and an inquest satisfying Article 2 requirements therefore being needed) where the deceased person was detained at the hands of the state - e.g. detained under the Mental Health Act - which can extend to 'informal' mental health patients where they are effectively in the same position because they would be detained if they tried to leave.

What has been less clear, however, is the Article 2 position in relation to patients who are not under 'state control' where their death is linked with something having gone wrong with their care.

It has long been the position that - where adequate general provision has been made for protecting patients' lives (e.g. via appropriate systems of working) - mistakes/delays/errors of judgment by health professionals or negligent coordination among health professionals will not be sufficient of themselves to breach Article 2 (and therefore do not trigger the need for an Article 2 inquest).

However, where to draw the line between what is 'just' negligence and what is a systems issue which potentially breaches Article 2 is not always easy.

There have been two important cases recently which shed more light on this.

In Fernandes v Portugal (December 2017), the European Court of Human Rights (Grand Chamber) found that - in relation to acts and omissions of healthcare professionals - Article 2 will only be breached in 'very exceptional circumstances' where the following 4 components are all present:

This sets a high hurdle for those trying to argue for an Article 2 inquest.

Until now, however, the application of these Fernandes principles had not been tested in our UK courts.  That changed with the recent case of R (Parkinson) v HM Senior Coroner for Kent and others, which involved a judicial review challenge to the coroner's decision not to hold an Article 2 inquest into the death of a 91 year old lady who was brought to A&E in what the attending doctor felt was an already dying state with agonal breathing, but the son believing that more should have been done to try and save her.

Recognising the high hurdle set by Fernandes in cases involving the acts or omissions of healthcare professionals, the legal team for the family tried to argue that the Fernandes principles did not have to be applied.   However, the High Court rejected that approach and embraced Fernandes as being 'the latest, very recent and authoritative summary of the applicable principles…'

The High Court also rejected the family's argument that, because the patient lacked mental capacity due to her dementia, the case should be regarded as analogous to the 'de facto' mental health detention cases which would trigger Article 2 obligations.   The Court said this was nothing like the mental health suicide cases on the facts and that patients coming into A&E will often have mental capacity issues but the normal principles for medical cases will apply.

This leaves us with the position that an Article 2 inquest will only be indicated in medical cases in 'limited circumstances', where the Fernandes criteria set out above are satisfied.

As the High Court said in Parkinson: 'At the risk of over-simplification, the crucial distinction is between a case where there is reason to believe that there may have been a breach which is a "systemic failure", in contrast to an "ordinary" case of medical negligence'.

Importantly, though, '…care should be taken to ensure that allegations of what are in truth allegations of "individual negligence" are not "dressed up as systemic failures"'.

These recent cases are likely to make it very much an uphill struggle to persuade a coroner to hold an Article 2 inquest into deaths relating to mistakes/errors of judgment/delays by healthcare professionals (unless the person was in, or effectively in, state custody).

Much will hinge in individual cases on whether the coroner is persuaded that whatever has gone wrong is genuinely a problem with the system itself and the regulatory framework behind it.

What difference will this make in practice?

Some coroners argue that it makes no real difference whether or not an inquest is an ‘Article 2’ inquest, because they will always conduct a ‘full and fearless’ inquiry in any event.

To families of deceased patients, however, it often does matter. This is not only because of a perception that an Article 2 inquest will be more thorough, but also for practical reasons around funding, because legal aid for inquest representation is more likely to be available under the exceptional case funding provisions if it is an Article 2 inquest.

It remains to be seen what, if any, impact these cases will have on the proportion of inquests which end up being 'Article 2' inquests (although this may be difficult to track given that the national coroner statistics don't cover numbers of Article 2 inquests), but legal debates about the application of Article 2 in individual cases are likely to continue much as before.

Our large national team of healthcare regulatory lawyers have a wealth of experience in supporting providers and individuals across the health and social care sector through the inquest process - from relatively straightforward hospital deaths to complex Article 2/jury inquest cases involving multiple parties and deaths in state detention. 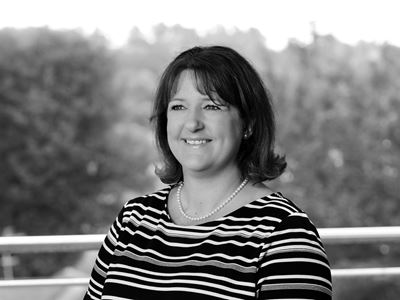