The judgment of the Supreme Court in the case of HSE v Chevron North Sea Limited on 8th February 2018 had been eagerly awaited.  The decision clarifies the test to be applied on an appeal against enforcement notices served by HSE and Local Authority Inspectors under Sections 22 and 23 of the Health and Safety at Work etc Act 1974, which equally apply across the UK.

The case reached the Supreme Court because there was a direct conflict between the approach of the Scottish and English and Welsh Courts on the test to be applied when a Court or Tribunal considers an appeal of a notice.

The English and Welsh Court's approach was confirmed by the Court of Appeal in 2015 in the case of Hague v Rotary Yorkshire, in which DAC Beachcroft represented Rotary Yorkshire. In that case, Rotary was installing high voltage transformers in a plant room under construction at the Leeds Arena. HSE Inspectors made an unannounced visit to the site and observed what appeared to be exposed conductors. There was no documentary evidence available to prove that the conductors were dead and no high voltage specialist was available to attend to test the conductors on the day of the visit. All parties thought that the conductors were likely to be dead but nevertheless the Inspector served a Prohibition Notice on Rotary on the basis that the conductors might be live and could not be proved to be dead.

The following day, tests proved the conductors were dead – thereby demonstrating that at the time the Notice was served there was, as a matter of fact, no risk. The Court of Appeal decided that in considering an appeal the Court/Tribunal should focus on the position as known at the time the Notice was served and not with the benefit of hindsight. The Inspector had been right to serve the Notice based on what she knew at the time she served it and that the fact that subsequent evidence proved no risk was not relevant to that decision.

The Scottish Courts' approach determined by the Court of Session was in direct conflict with the Court of Appeal's decision in the Rotary case. This was based on similar facts in the case of Chevron. This case involved the inspection of an offshore installation – specifically the inspection of stairs and staging around a helipad. There appeared to be corrosion of the stairway treads. These were tested by the Inspector with the use of a fire axe which sheered through the steel. The Inspector served a Prohibition Notice. Post-inspection tests carried out for Chevron proved that the stairways and staging in place met British Standards and so there was no risk at the time that the Notice was served. The Court of Session confirmed the cancellation of the Notice stating that the Court/Tribunal was not restricted to matters known at the time the Notice was served and could take into account all relevant evidence.

This left a fundamental difference in the approach to the test for appealing enforcement notices between the Courts in Scotland and the Courts in England and Wales. However, consistency was achieved when the HSE in the case of Chevron successfully sought leave to appeal the Court of Session's decision in the Supreme Court.

The HSE argued that there was a restricted right of appeal and the Tribunal/Court was only entitled to consider evidence which was, or could have reasonably have been, known to the HSE Inspector at the time the Notice was served.

Despite the HSE's argument that the Court of Session's interpretation, and that put forward by Rotary and Chevron, would undermine the effectiveness or purposes of enforcement notices, the Supreme Court disagreed. It ruled that the effectiveness of a notice is "in no way reduced by an appeal process which enables the realities of the situation to be examined by a tribunal with the benefit of additional information. Once served, the notice provides immediate protection, reinforced by the existence of criminal sanctions" (per Lady Black at para. 20). The HSE further argued that the Court of Session's interpretation might deter inspectors from serving notices. The Supreme also rejected this argument and gave assurance that: "It is important to recognise that it is no criticism of the Inspector when new material leads to a different conclusion about risk from the one he reached. There is no reason for him to be deterred from serving the notice by the possibility that, should more information become available at a later stage, his concerns may turn out to be groundless. Indeed, he might just as well feel less inhibited about serving it, confident that if it turns out that there is in fact no material risk, the position can be corrected on appeal" (per Lady Black at para. 19).

The Supreme Court held that the Court of Session had correctly interpreted the test and unanimously dismissed the appeal: “… the tribunal is not limited to considering the matter on the basis of the material which was or should have been available to the inspector. It is entitled to take into account all the available evidence relevant to the state of affairs at the time of service of the prohibition notice, including information coming to light after it was served” (per Lady Black at para. 24).

This decision will undoubtedly impact on the HSE and Local Authority Inspectors' use of their powers to serve enforcement notices. The HSE's concern was made clear to the Supreme Court that its ruling may introduce "undesirable delay and cost, both financial and in terms of … human resources" (per Lady Black at para. 22). Nevertheless, we suspect that they are likely to be more cautious and serve Notices of Contravention with Advices rather than enforcement notices in situations where any continuing risk of serious personal injury is not obvious. The decision is likely to be welcomed by businesses that are concerned about the reputational and economic impact of enforcement notices as a result of any requirement for them to be declared in business tenders and the businesses being 'named and shamed' on the HSE's public and online register for enforcement notices.

Our national Safety, Health and Environment team regularly advises companies served with enforcement notices and represents clients who wish to appeal such notices. However, we believe that it is important for businesses to take preventative action, such as regularly reviewing their health and safety policies and procedures, ensuring risk assessments and method statements are in place and adequately reflect the risks involved, providing refresher training to staff and ensuring proactive and effective management of health and safety is taking place at their workplace.

Our team also advise organisations across a diverse range of sectors on compliance with their statutory health and safety, product safety and environmental obligations, and help them to manage their response to major incidents, and to protect their interests, particularly when faced with the threat of investigation or prosecution by the regulatory authorities. We also offer a wide range of training sessions and workshops. Please don't hesitate to contact us to discuss our services further. 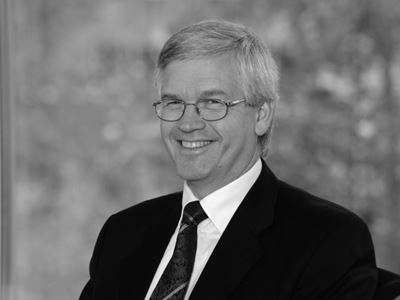