Consider the following scenario: expectant parents attend an antenatal clinic where they are told that the fetus is healthy. This advice is negligently incorrect. They proceed and deliver a severely disabled child. Had they known, they would have made the very difficult decision to terminate the pregnancy. Parents who find themselves in that situation are able to seek compensation from the person who gave the negligent advice. These claims are usually called "wrongful birth" claims, and their scope has recently been narrowed by the Court of Appeal's judgment in Khan v MNX.

In this briefing, we take you through the very interesting decision-making process of the Courts from first instance to Appeal in which relevant case law was considered and a ruling made to assist and provide guidance for advice in wrongful birth claims.

Prior to becoming pregnant, the Claimant (MNX) attended her GP (Dr Khan) to undergo testing to confirm whether she was the carrier of the haemophilia gene. These investigations could only confirm if she had haemophilia and could not confirm if she was merely a carrier.

Dr Khan advised the Claimant that she did not have haemophilia and that the blood tests were entirely normal. The Claimant subsequently fell pregnant and in light of the previous results and advice, chose not to have further testing to ascertain whether her child could also suffer from haemophilia.

The Claimant later gave birth to a child suffering from both haemophilia and autism.

It was admitted at an early stage that but for the Defendant's negligent omission to suitably summarise the haemophilia condition and advise the Claimant that the condition could still affect her baby, the Claimant's son would not have been born. Instead, the Claimant would have undergone further haemophilia testing whilst pregnant, discovered that her child was affected and terminated the pregnancy.

Damages are recoverable for the additional costs associated with raising a disabled child, as identified in Parkinson v St James and Seacroft University Hospital NHS Trust 2002 and Groom v Selby 2002. However, parents are unable to recover the associated costs of raising a healthy child due to McFarlane v Tayside Health Board 2000.

The High Court drew upon the case of Chester v Ashfar 2005 to assist. That claim centred upon a clinician's failure to warn a patient of a small but inherent and closely associated risk of spinal surgery. Ultimately, the patient suffered damage and the clinician was found to be at fault for omitting to appropriately complete the consent procedure.

The Court also drew on the example provided within South Australian Asset Management Corporation v York Montague Ltd 1997 (SAAMCO). In that case, Lord Hoffman offered the following example:
'A mountaineer about to undertake a difficult climb is concerned about the fitness of his knee. He goes to a doctor who negligently makes a superficial examination and pronounces the knee fit. The climber goes on the expedition, which he would not have undertaken if the doctor had told him the true state of his knee. He suffers an injury which is an entirely foreseeable consequence of mountaineering [avalanche] but has nothing to do with his knee.

'…the doctor is not liable. The injury has not been caused by the doctor's bad advice because it would have occurred even if the advice had been correct'.1

Mrs Justice Yip thought the present case 'produce[d] a much closer analogy to Chester v Afshar than to the mountaineer's knee in SAAMCO. Just as with the risk inherent in the surgery in Chester v Afshar, the risk of autism was an inevitable risk of any pregnancy, but it cannot be said that it would probably have materialised in another pregnancy. In the case of the hypothetical mountaineer in SAAMCO, it can be said that if the advice about his knee had been right he would not have gone on to climb the same mountain and would have had the same accident. The risk that materialised (an avalanche) had nothing to do with his knee. Here though the risk that materialised had everything to do with the continuation of this pregnancy. The autism arose out of this pregnancy which would have been terminated but for the Defendant's negligence'2

The High Court found in favour of the Claimant, MNX, due to the close relationship of the facts with Chester v Ashfar.

The Court of Appeal disagreed with the High Court by stating that in 'finding that the respondent was deprived of the opportunity to terminate the pregnancy, what the judge is in fact referring to is one of the links in the chain of causation whereas following SAAMCO the link must be between the scope of the duty and the damage sustained.'3

Lady Justice Davies considered that, although the High Court was correct in erring on the side of Chester v Ashfar, the central issue in that particular matter was the fact that the damage was the 'very misfortune that the defendant had a duty to warn against… In the context of this case the development of autism was a coincidental injury and not one within the scope of the appellant's duty.'4

In light of these facts, the Court of Appeal found against MNX as she had organised an appointment to investigate the specific issue of haemophilia and its chances of affecting her offspring in the future. Dr Khan, therefore, had a duty of care to fully inform MNX of the genetic disorder but was not under a duty to discuss anything else. The fact that the Claimant would have terminated her pregnancy had she been aware of her son's haemophilia was accepted and admitted by Dr Khan in the previous claim. However, the later discovery of autism was coincidental to the haemophilia and, therefore, did not fall within the duty of care owed by Dr Khan.

It is likely that this decision will have significant ramifications for wrongful birth claims. Although similar in nature to the cases of Parkinson v St James and Seacroft University Hospital NHS Trust 2002 and Groom v Selby 2002, the key difference here is that the clinician was asked only to advise on haemophilia whereas in these other cases the advice provided was more general. Had Dr Khan been asked to prevent any pregnancy, disability or disease, then it is likely he would have been found liable to compensate for all of the child's disabilities.

It is not known whether this case will be appealed. For now at least, it appears to significantly narrow the scope of liability for poor advice in the context of wrongful birth claims. 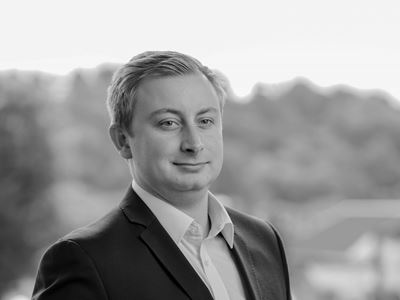