Although the government has been saying for some time that a national system of medical examiners to provide independent scrutiny of all deaths will be rolled out from April 2019, there has not been much detail forthcoming about how this will work in practice.

However, we are now starting to see the first steps being taken towards practical implementation of the proposed medical examiner system.

With April 2019 not that far off, this briefing looks at the latest developments.

Recap on what's being proposed

The concept of having a system of medical examiners to provide oversight of all deaths which are not referred to a coroner has been on the cards for many years but - despite pilot medical examiner systems having been successfully running in two areas of the country since 2008 - little concrete progress has been made towards wider roll-out until now.

In our previous briefing on this topic earlier this year, we looked at the government's June 2018 response to the consultation it ran on deaths certification reform which confirmed its commitment to a national medical examiner system being implemented from April 2019.

By way of recap, the government's consultation response proposed the following:

Once the system is fully rolled out, the idea is that all medical certificates of cause of death completed by doctors will be reviewed by a medical examiner, with the aim of improving the quality/accuracy of cause of death certification as well as giving bereaved families more opportunity to raise concerns, ensuring referrals to coroners are made appropriately and promoting learning/good practice by feeding into clinical governance processes.

The potential practical benefits of the medical examiner system have been highlighted via analysis of the ongoing pilots (e.g. See 'Lessons from the Pilots', May 2016), which has shown an improvement in the accuracy of death certification (e.g. one audit showed there had been a change in the cause of death wording following discussion with the medical examiner in 83% of cases),  reduction in medical certificates of cause of death being rejected by the registrar to zero, plus medical examiners often being able to 'defuse' potential complaints, with relatives pleased to have a chance to discuss the cause of death with someone not involved in the care (e.g. one audit showed that relatives had raised a question or concern in 17% of cases, which were satisfactorily discussed with the Medical Examiner's Office, with 3% of families having concerns which justified a discussion between the medical examiner and the coroner).

It seems that April 2019 remains the target date for this, as re-iterated by the Secretary of State for Health and Social Care in a recent statement to Parliament relating to patient safety.

In reality, full roll-out across the system is likely to take some time, although the hope (expressed by the Royal College of Pathologists, which has been a key driving force behind this) is that 'rapid progress' will be made from April 2019.

What do we know so far?

However, a number of key issues remain unclear from the information published so far, such as:

We can anticipate more details emerging as to the practicalities of implementing this new system over the coming weeks/months.

Specifically, the Royal College of Pathologists has been running a series of national medical examiner events to discuss implementation of this, with further events planned for January and April 2019.

Our large national team of healthcare regulatory lawyers have a wealth of experience in supporting providers and individuals across the health and social care sector in matters relating to patient deaths, including: 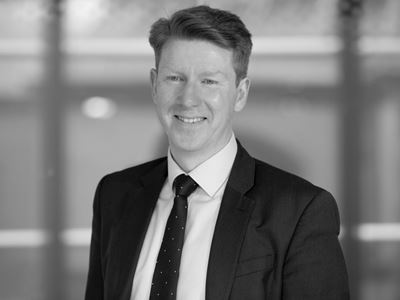 It's been a long time coming, but the government has just published its response to the consultation it ran two years ago on significant changes to what needs to happen after a person dies…