What is the standard of proof required for an inquest conclusion of suicide?

Until now, it has been accepted as settled law that the standard of proof in inquests for a conclusion of 'suicide' is the criminal standard, meaning the coroner or jury must be 'sure' that the deceased intended to take their own life.

However, in the recent decision of R (on the application of Thomas Maughan) v HM Senior Coroner for Oxfordshire the High Court has - contrary to what was previously thought to be the case - concluded that the standard of proof required for suicide, whether recorded in short-form or as a narrative statement, is the balance of probabilities.

In this alert, we look at this decision and its likely impact.

Prior to the High Court's decision, it was settled law that the standard of proof for the majority of short-form conclusions in the coroner's court (such as 'misadventure,' 'road traffic accident' and 'natural causes'), and for facts arrived at as part of a narrative conclusion, is the 'balance of probabilities' - i.e. more likely than not - which is the so-called civil standard of proof.

The exceptions to this rule have previously been the short form conclusions of 'suicide' and 'unlawful killing' which required a higher standard of proof - the criminal standard. In practice this means that, in order to reach a conclusion of 'suicide', the coroner or jury must be sure that the deceased intended the outcome of their actions to be fatal.

The background to the High Court's decision is that, at the inquest into the death of James Maughan, the jury recorded in a narrative conclusion that, on the balance of probabilities, it was more likely than not that he had intended to fatally hang himself. Mr Maughan's brother brought a legal challenge on the basis that it was unlawful for a jury to return a conclusion that the deceased intended his actions to result in his death without being sure that this was the case as per the criminal standard of proof, whether this was recorded in short-form (as 'suicide') or as part of a narrative.

In a ground-breaking decision, the court rejected the long-established principle that the criminal standard of proof applies to suicide conclusions in inquests and ruled that previous legal authorities on this matter did not correctly state the law.

The court made it clear that, whilst suicide should never be 'presumed' (e.g. it is wrong to conclude that a person committed suicide simply because other explanations of the death appear improbable), there is no legal authority requiring a coroner or jury to be 'sure' that the deceased intended to take their own life before lawfully reaching this conclusion. Whilst existing guidance for coroners states that the standard of proof required for a conclusion of suicide is the criminal standard, this guidance has no legal force.

The court also found that it was illogical for coroners/juries to be able to find on the balance of probabilities in a narrative conclusion that a person intended to die and yet for a higher threshold to apply to what is, in effect, the same finding in the shape of a short-form conclusion of 'suicide'.

The judgment clearly states that the appropriate standard of proof for a conclusion of 'suicide' is the balance of probabilities (regardless of whether it is recorded in short-form or set out as part of a narrative conclusion).

Our large national team of healthcare regulatory lawyers have a wealth of experience in supporting providers and individuals across the health and social care sector through the inquest process - from relatively straightforward hospital deaths to complex Article 2/jury inquest cases involving multiple parties and deaths in state detention. 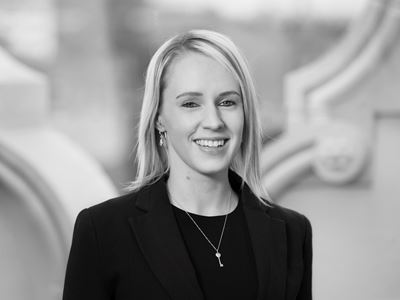